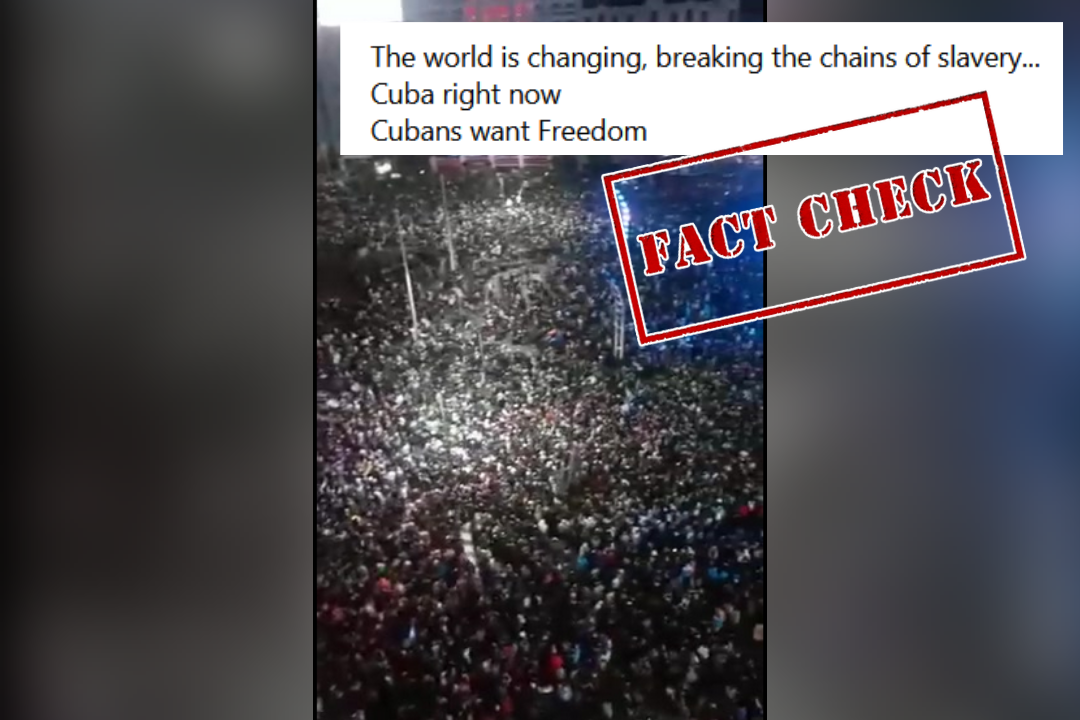 A video of a huge crowd gathered in an area is being circulated on different social media platforms. It is being claimed that the video shows the ongoing anti-government protests in Cuba.

Thousands of Cubans took to the streets on July 11, to protest against President Miguel Diaz-Canel-led Communist government, amid increasing inflation, food shortage, restraints on civil liberties, and uncontrollable COVID-19 outbreak in the country. 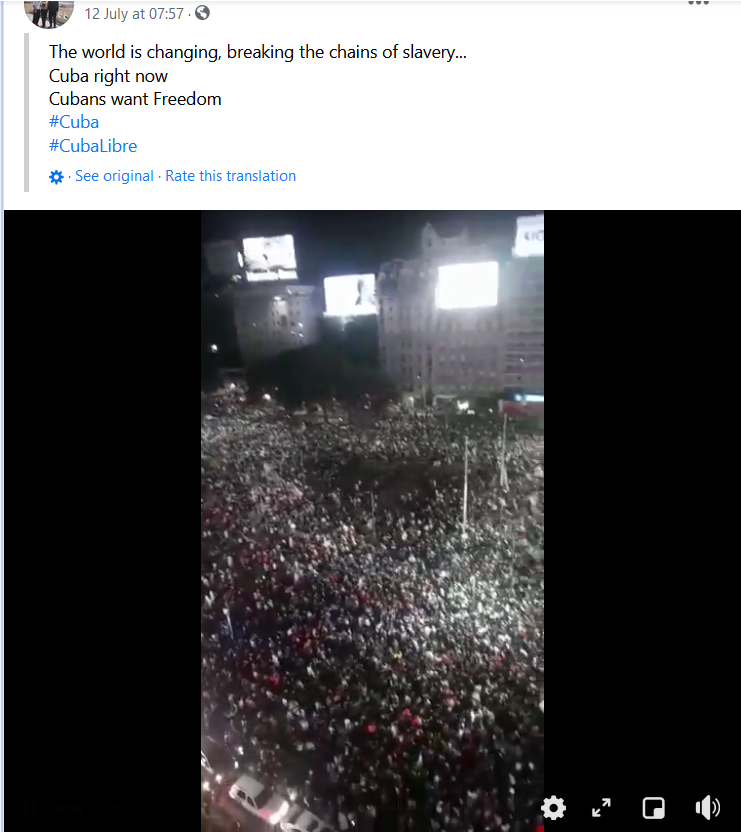 NewsMobile fact-checked this post and found that the claim is fake.

We put keyframes of the video through Reverse Image Search and found a tweet thread from a renowned Spanish analyst working against digital misinformation, Julián Macías Tovar featuring a snapshot from the same video. In the tweet, he mentioned that some publications falsely used this video of celebration in Argentina as Cuban demonstrations. 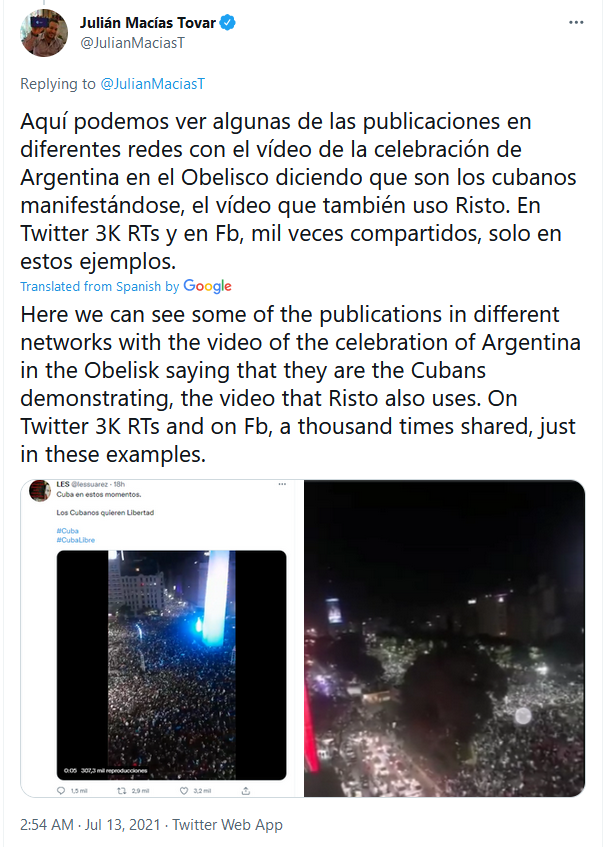 He also mentioned that the celebration took place near the famous monument, Obelisco in Buenos Aires.

On putting some keyframes of the video through Reverse Image Search, we found several reports with similar videos and pictures showing a massive crowd in the same area. The reports mention that the area is Buenos Aires. 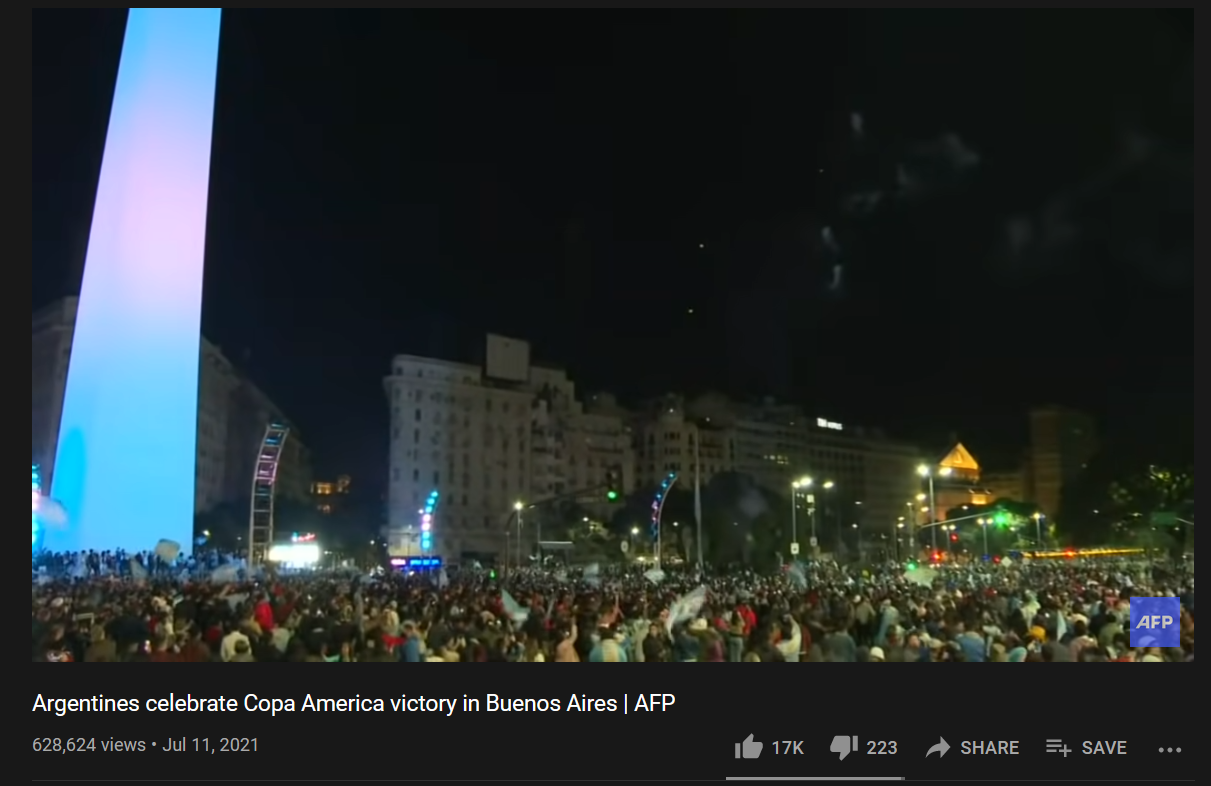 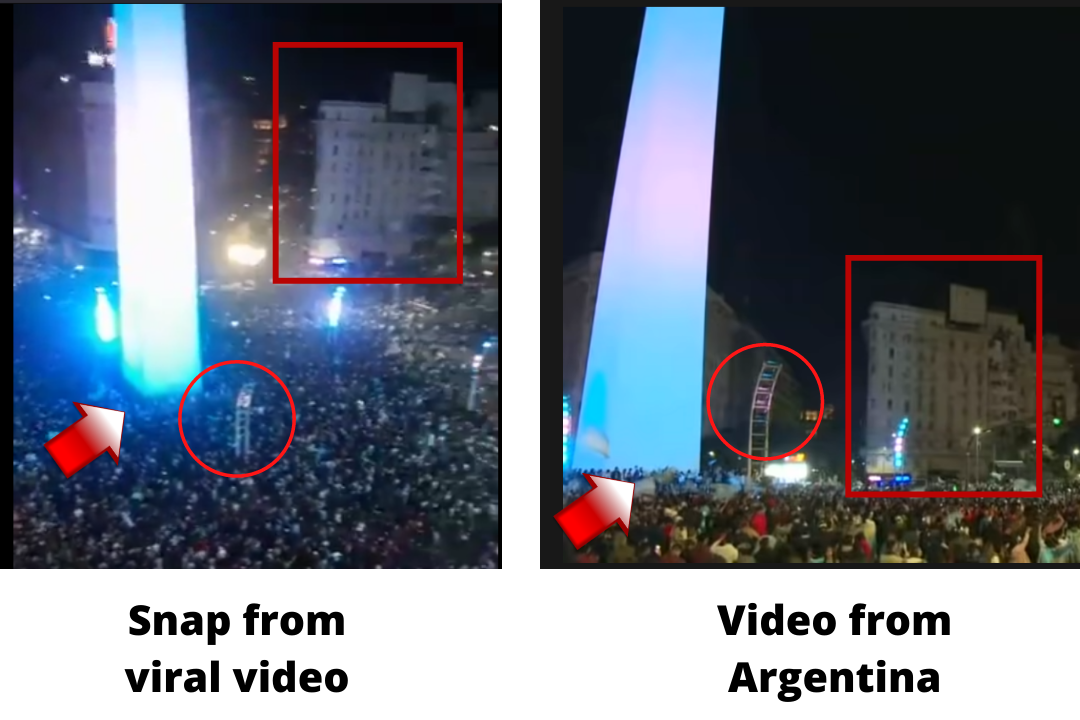 Further, we tried to locate the exact location on Google Earth and found that the location in the video matches Buenos Aires. 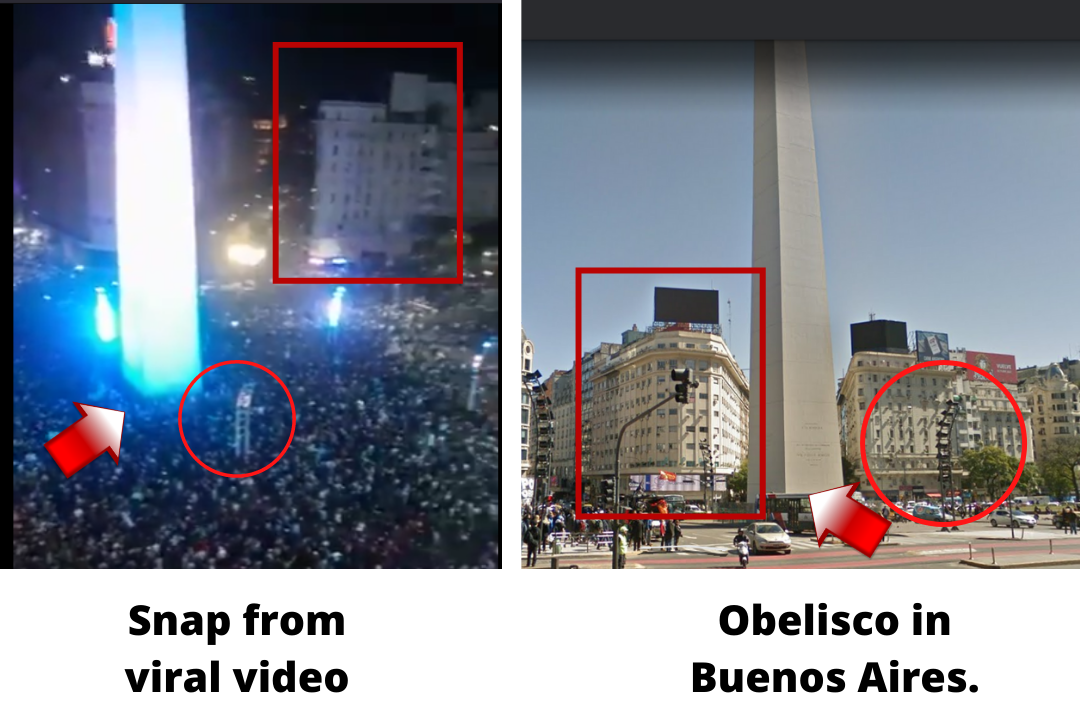 The above investigation proves that the video was taken in Argentina and does not show the ongoing anti-government protests in Cuba.