Home NM FACT CHECKER Fact Check: No, ‘Shakti Bill’ Has Not Been Approved By Maharashtra Govt... 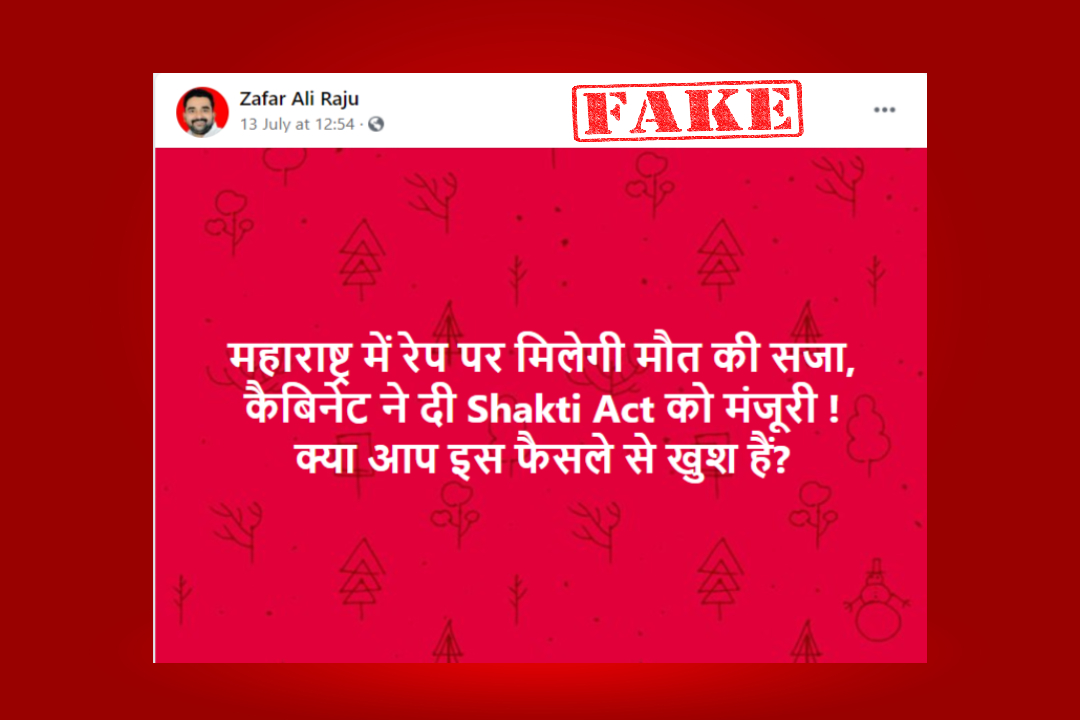 A post is being shared on social media with the claim that the Maharashtra government has approved the Shakti Bill which provides for death penalty for rape convicts.

(Translation: Death penalty for rape in Maharashtra, Cabinet approves Shakti Act! Are you happy with this decision?) 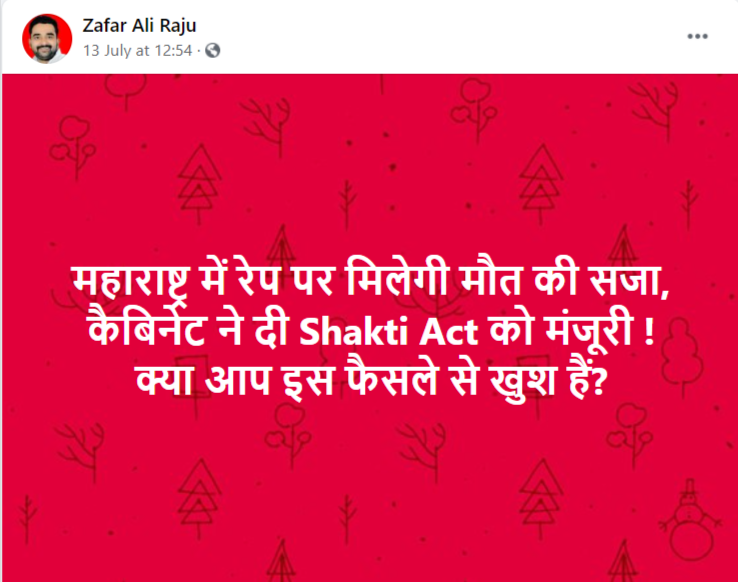 Similar posts are being extensively shared on Facebook. The links can be seen here, here and here. 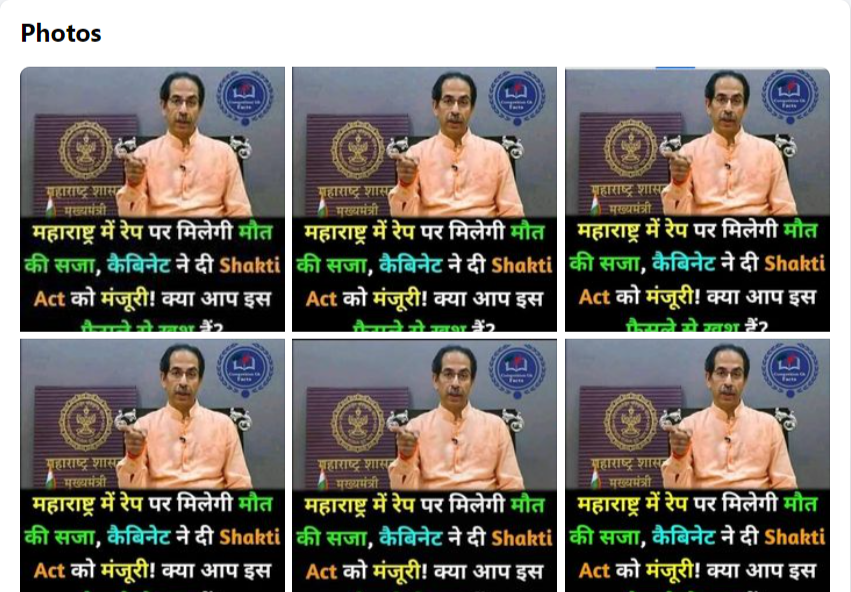 We ran a keyword search and found a report by NDTV dated July 5, 2021, with the headline, “Maharashtra Assembly Extends Deadline For Joint Committee On Shakti Bill.” 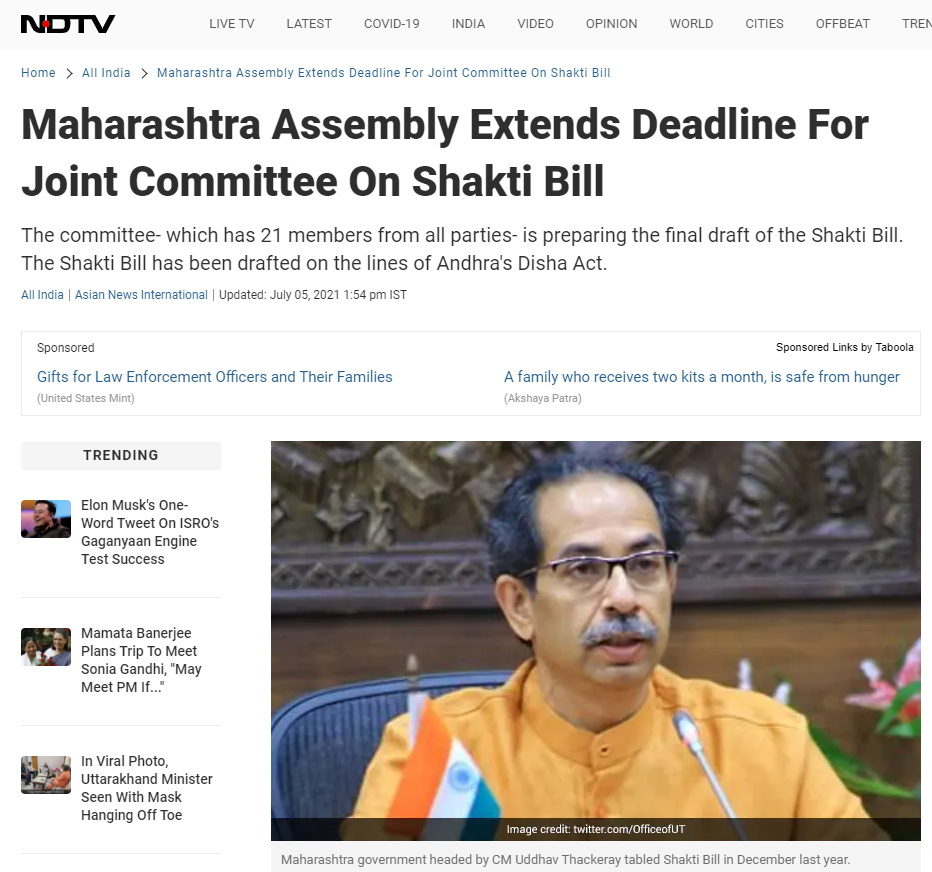 According to the report, the bill was tabled by the Maharashtra government on December 14, 2020. The bill pertains to the prevention of incidents of violence and atrocities against women and children in the state.

A TOI report dated July 5, 2021, mentions that ‘the committee is preparing the final draft of the Shakti Bill and it has 21 members from all parties -14 members from the Lower House and seven from the Upper House’.

We also checked the official state government website and various government social media handles (check here, here and here) but did not find any recent announcement regarding the approval of the said bill. 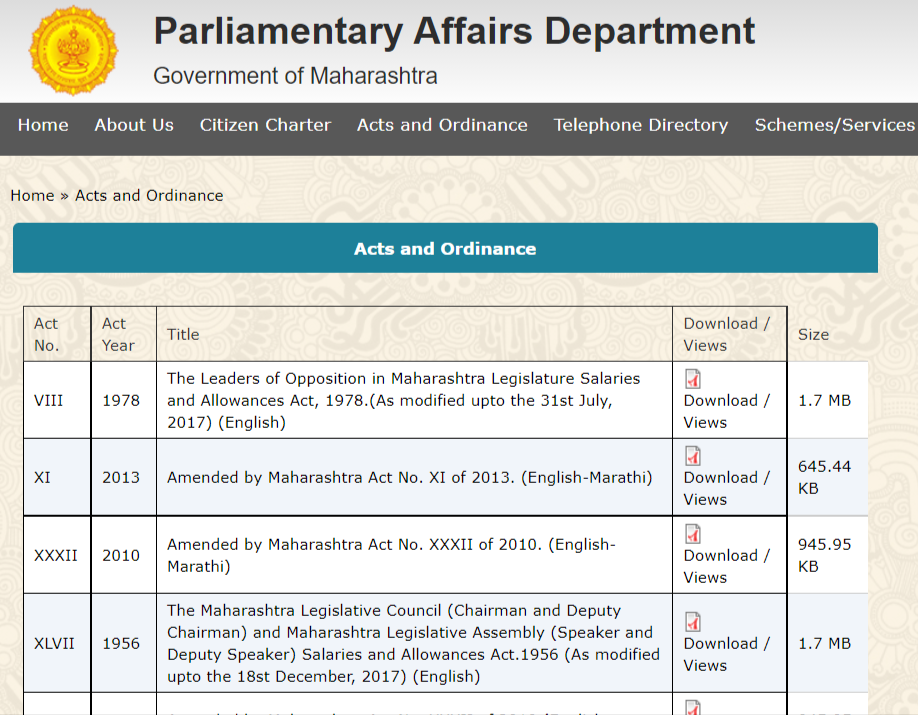 According to a report by The Print, ‘the proposed ‘Shakti law’ involves two bills — the Maharashtra Shakti Criminal Law (Maharashtra Amendment) Act, 2020, and the Special Court and Machinery for Implementation of Maharashtra Shakti Criminal Law, 2020’. It seeks amendments to the Indian Penal Code (IPC), Code of Criminal Procedure (CrPC)and the Protection of Children from Sexual Offences (POCSO) Act to include new offences, increase punishments and speed up investigations and trials.

The new bill would include punishments for threatening and defaming women on social media, making false complaints about rape and acid attacks, besides bringing in restrictions to protect the identity of victims in molestation cases and acid attacks. It also proposes a shorter timeline for the investigation, trial, and disposal of the appeal of certain offences.

However, we found no reports or official government notice stating that the bill has been approved in the Maharashtra Assembly. Hence, it is evident that the viral claim is false.