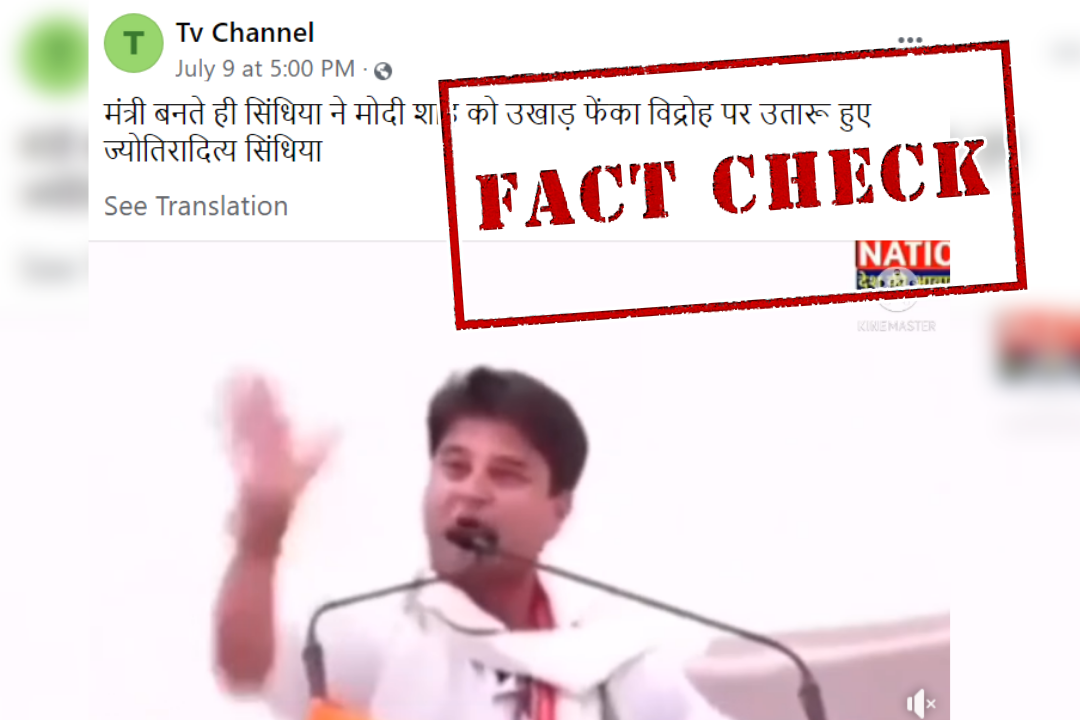 A video is being widely shared on social media in which it is being claimed that Jyotiraditya Scindia targeted Prime Minister Narendra Modi while addressing the public immediately after becoming a Union Minister.

In this 3 minutes 55 seconds long video, Scindia can be heard saying, “PM Modi doesn’t have time to go to the poor and farmer’s cottage but has time to go to Pakistan to eat biryani and swing with the Chinese President. Modi Ji has given a government with paan and pakoras as the reason for employment to the youth.”

The video is being shared on Facebook with a caption in Hindi that translates to, “Scindia overthrew Modi Shah as soon as he became a minister, Jyotiraditya Scindia started the rebellion.” 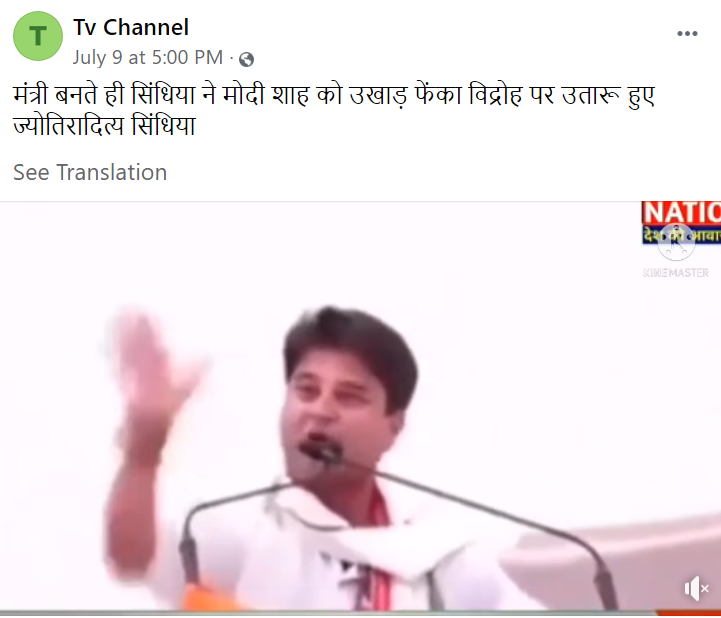 Starting with our investigation, we searched the web with relevant keywords but could not find any credible media reports corroborating the viral claim.

Further, we extracted keyframes from the viral video and did a Reverse Image Search with relevant keywords and found the video on the official Youtube Channel of the Indian National Congress uploaded on April 15, 2019. After listening to the entire YouTube video, we found that the viral clip has been taken from 2 minutes 50 seconds to 3 minutes 46 seconds and is being shared with misleading claims.

Searching further, we found the video uploaded on April 15, 2019, on the official YouTube channel of News Express. The description of the video states that “This video is from the time when Rahul Gandhi, Priyanka Gandhi and Jyotiraditya Scindia had reached Jarar in Fatehpur Sikri Lok Sabha constituency to address an election meeting.”

More searches led us to news articles published on April 15, 2019, in which it was reported that Congress leaders Rahul, Priyanka and Scindia had reached Jarar in Fatehpur Sikri Lok Sabha constituency to address an election meeting to support the party’s candidate Raj Babbar from Fatehpur Sikri in Agra.

According to news reports, Jyotiraditya Scindia left Congress and joined BJP on March 11,  2020.

Thus, it is evident from the above information that an old video of Union Minister Jyotiraditya Scindia is being as a recent one. Therefore, the viral claim is misleading.