Fact Check: Video Of Gandhinagar Railway Station is Falsely Being Shared as That of Ayodhya | Newsmobile
Monday, September 26, 2022 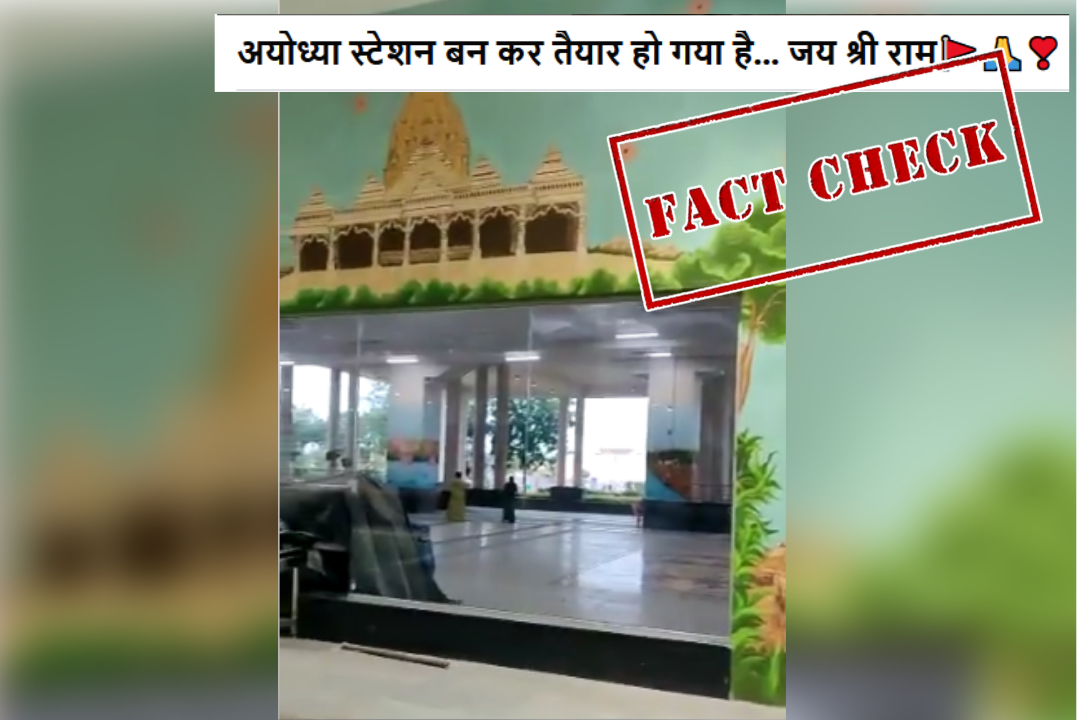 A video of a railway station is being circulated on different social media platforms. It is being claimed that the video shows the newly renovated Ayodhya Railway Station. 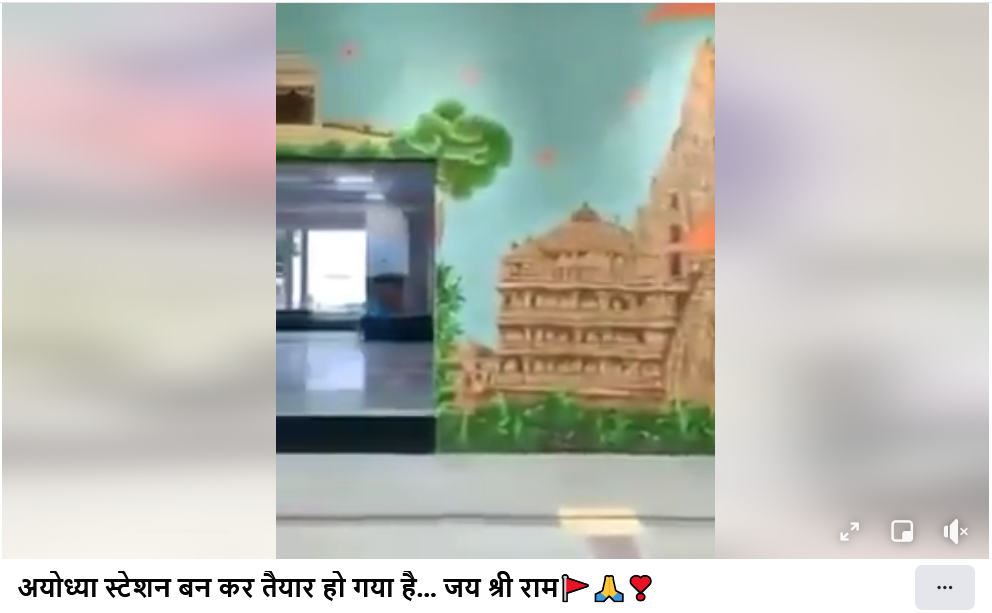 NewsMobile fact-checked this post and found that the claim is fake.

We examined the video carefully and found some clues that suggested that the video shows a railway station in Gujarat.

Firstly, we saw that the word ‘Platform’ was written on a pillar in Gujarati, Hindi and English, in that order. 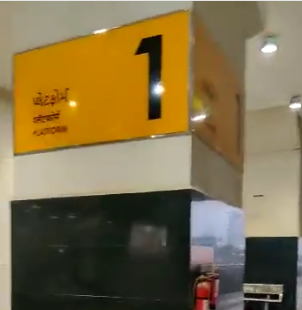 Further, we noticed the locations Gandhi Ashram, Champaner Arches, Adalej Stepwell, Jami Masjid were written on the wall. All the above locations are in Gujarat. We also noticed a logo of Gujarat Tourism on the wall. 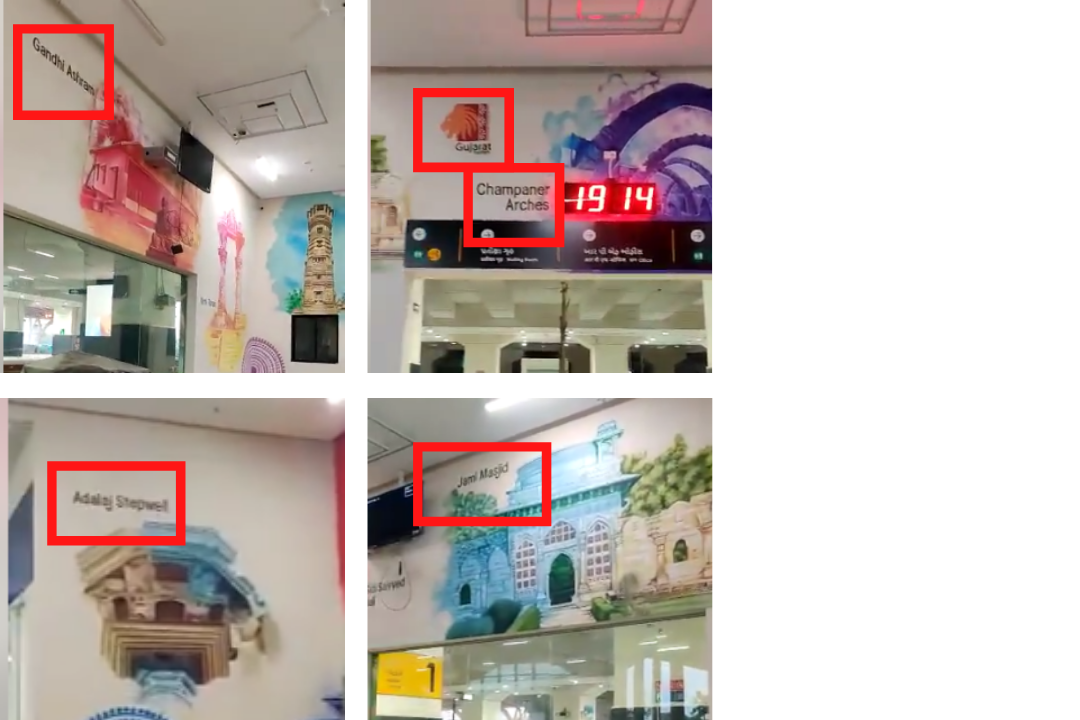 Lastly, we saw a pyramid-shaped monument outside the railway station and found that it is the Mahatma Mandir situated outside Gandhinagar Railway Station in Gujarat. 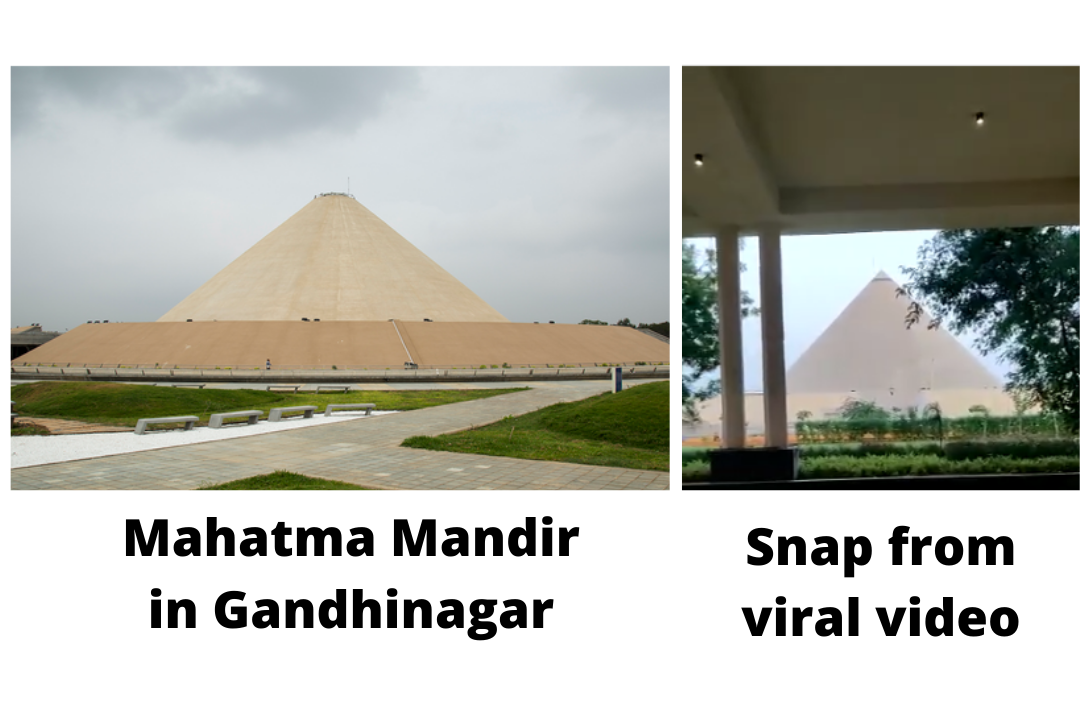 With that information, we tried to locate the exact location on Google Maps and found that the location in the video matches with Gandhinagar Railway Station. 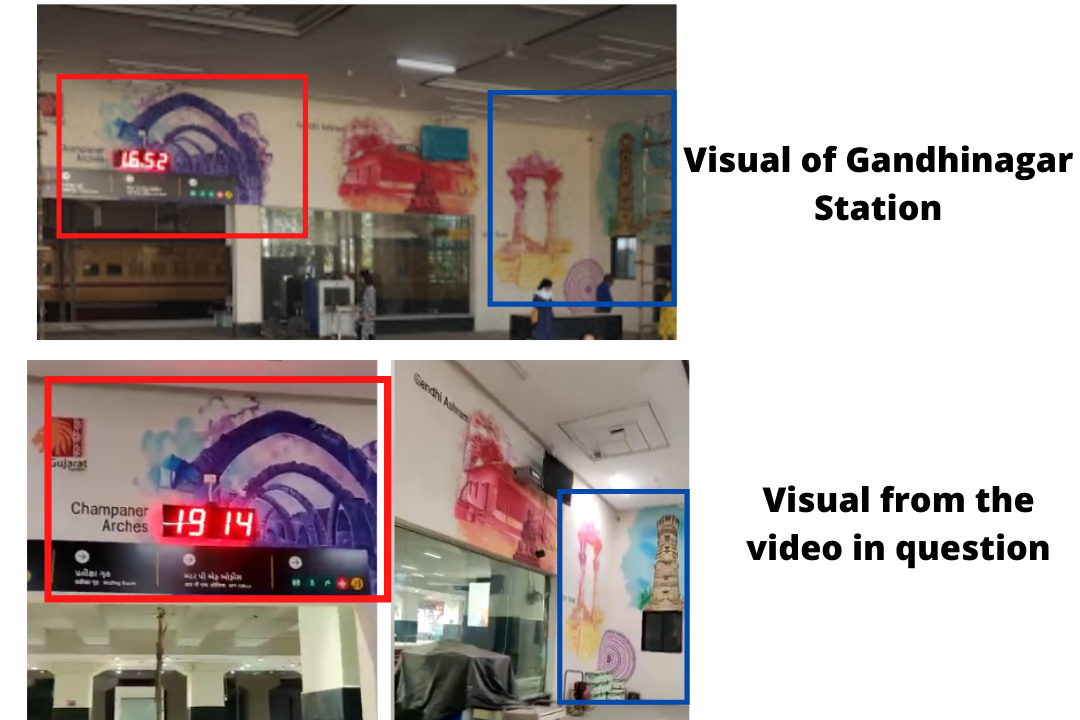 This proves that the video is of the Gandhinagar Railway Station situated in Gujarat.

As per a press release by the Ministry of Railways, released on September 18, 2020, the renovation work of Ayodhya Railway Station, which will cost Rs 104.77 crore, is to be completed during the financial year 2021-22.

The above information proves that the video does not show the newly renovated Ayodhya Railway Station. Hence, the claim is fake.