Home NM FACT CHECKER Fact Check: No, This Video Does NOT Show Man Setting Fire To... 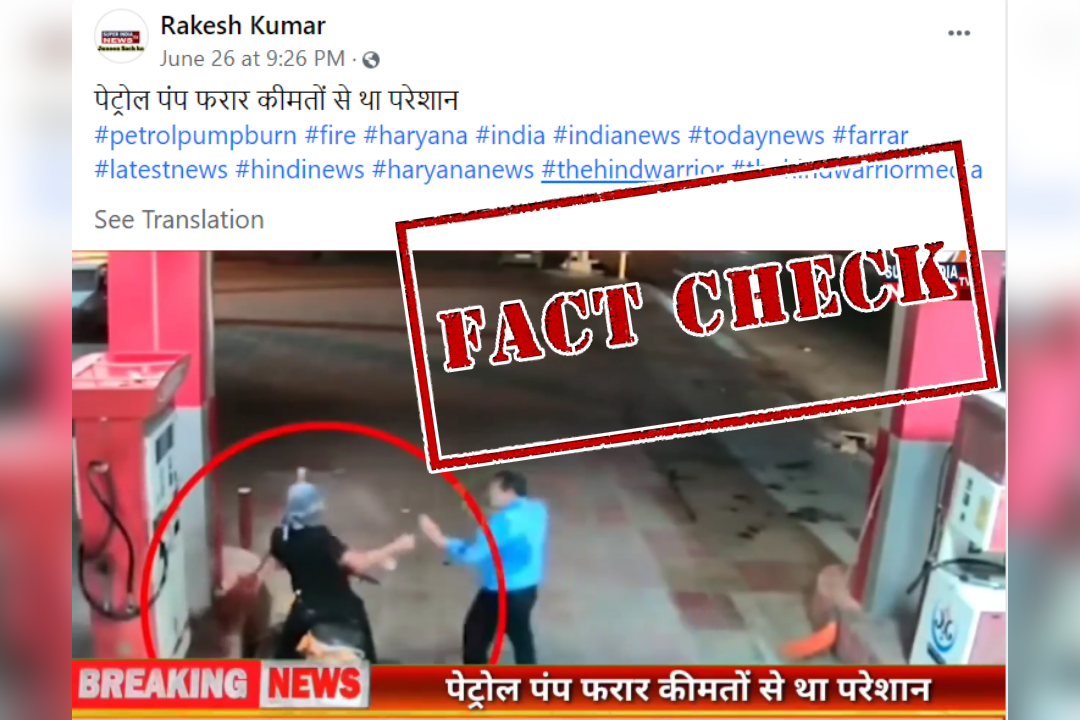 A video is being widely shared on social media claiming that a man set a petrol pump on fire in Haryana in anger against rising fuel prices.

The post has been shared on Facebook with a caption in Hindi that translates to, “Petrol pump absconded, worried about the prices. #haryana #india #indianews #todaynews #farrar #latestnews #hindinews #haryananews” 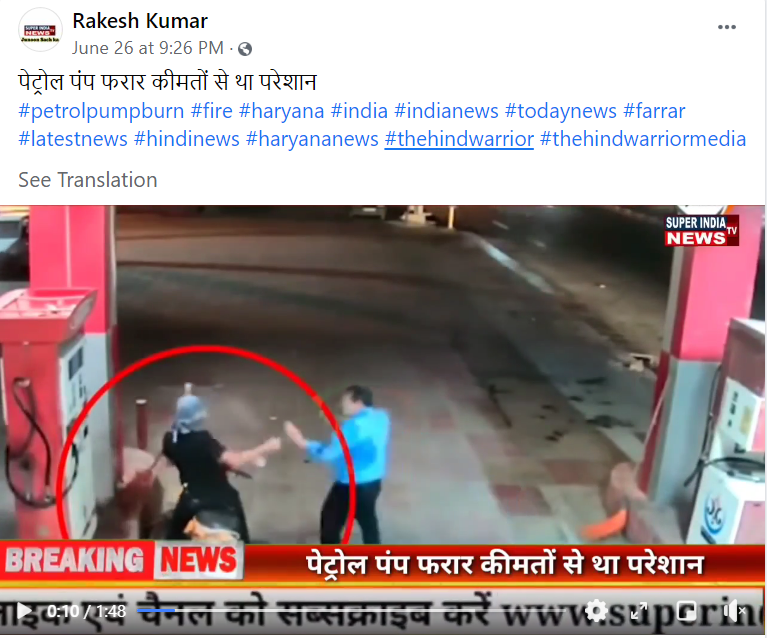 Starting with our investigation, we found the same video uploaded on Facebook in the Persian language on June 16, 2021, which translates to, “Strange action of a motorcyclist in setting fire to the gas station @neginmotor_vira. . #Fire #pump gasoline # gasoline #fire #pump #motor #act #fire_fire Like Comment Share.”

We then looked closely at the video to look for hints that can lead us to concrete facts.

Firstly, we zoomed on the number plate of the two-wheelers and it showed a format that is not followed in India, and that it was written in the Persian language. 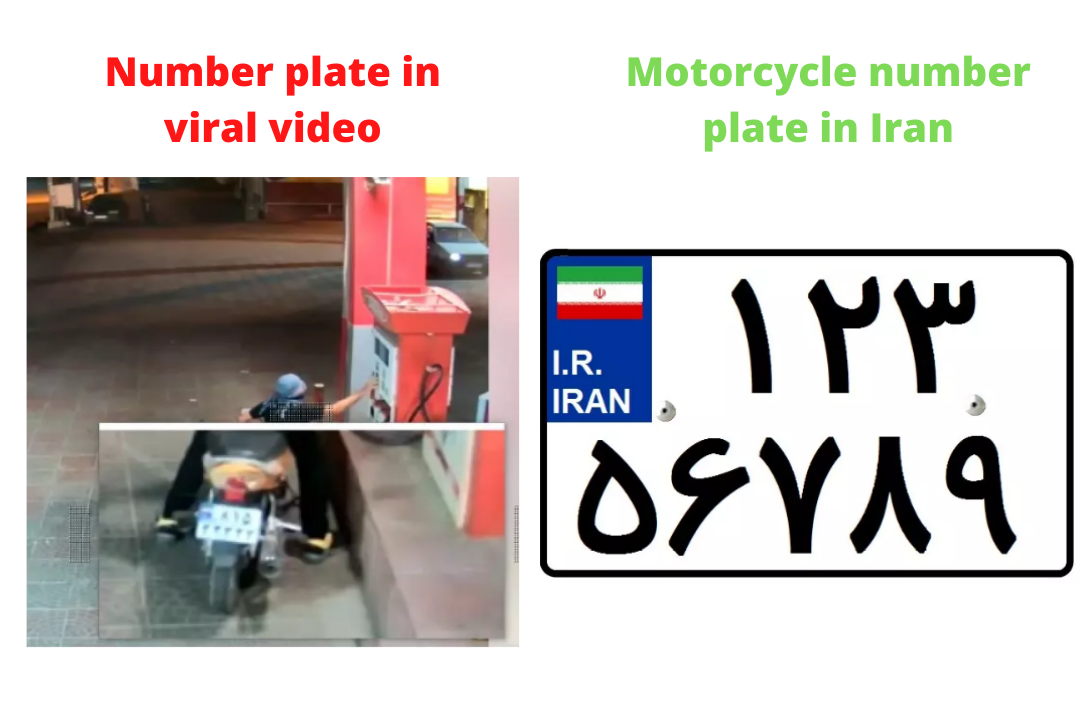 We then noticed the logo on the petrol pump dispenser. We searched for petrol pumps in Iran and found one gas station on Google Maps with the same logo that can be seen in the viral video.

We then ran a search in the Persian language using keywords like Petrol pump, fire, and Iran and found a news report published on a Persian news agency on June 16, 2021. The report carried the same viral video. According to the translated news story, “A person on a motorcycle set fire to a gas station in Rafsanjan and fled.” Rafsanjan is a city in Iran.

Thus, it is evident from the above information that a video from Iran is being shared as a man setting up a petrol pump on fire in Haryana.