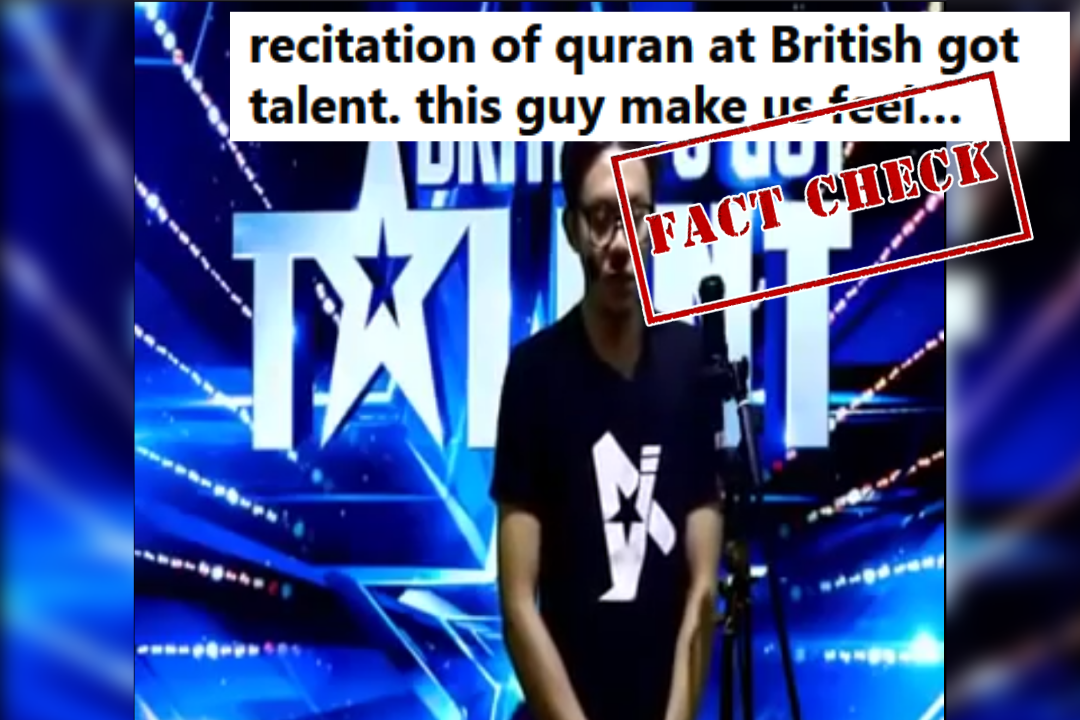 A video of a person reciting verses from the Quran is doing rounds on social media with the claim that it shows a performance at a British reality show, Britain’s Got Talent.

The caption of the Facebook post read: “Quran recite in British got talent and golden buzzer | One of the best Quran tilawaat”. 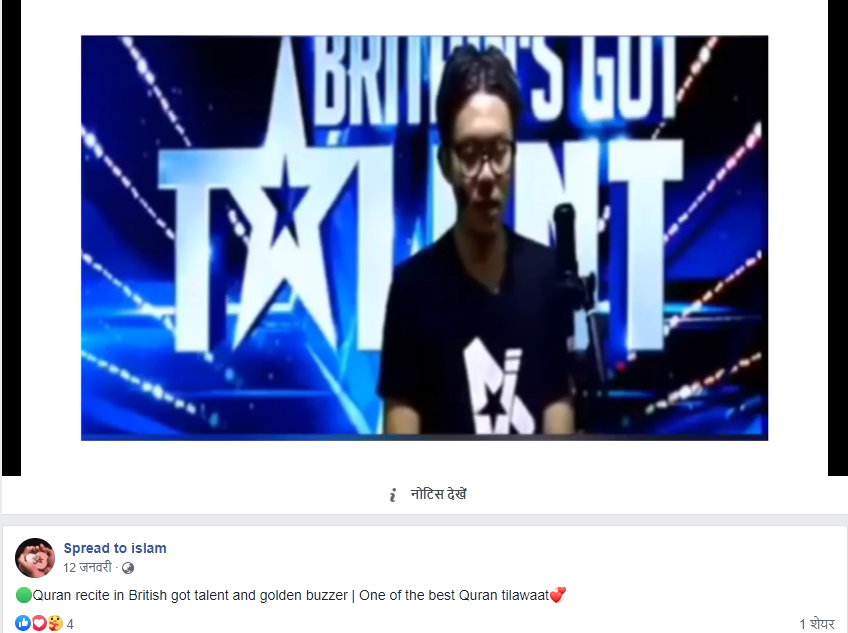 On examining the video carefully, we noticed that while the background of of the viral video reads ‘Britain’s Got Talent’, the judges that appear in the clip are actually members of another talent show, the British version of ‘The X Factor‘.

In the video, the contestant, Josh Daniel, is performing a song ‘Jealous’ by singer Labrinth. On comparing the snaps from both the videos, it becomes clear that the part showing the judges’ reaction is taken from a different performance from X Factor UK. 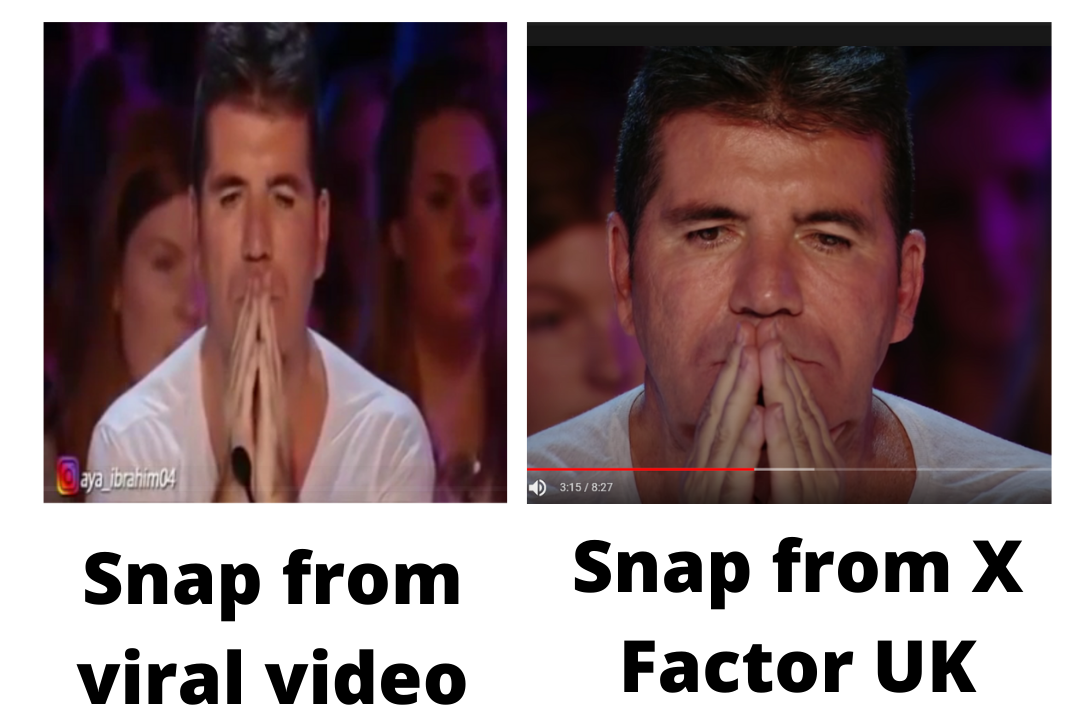 We noticed the watermark ‘Aya_ibrahim04’ in the viral video and found the same video on his Instagram. “BRITAIN’S GOT TALENT parodi”, the caption of the video reads. 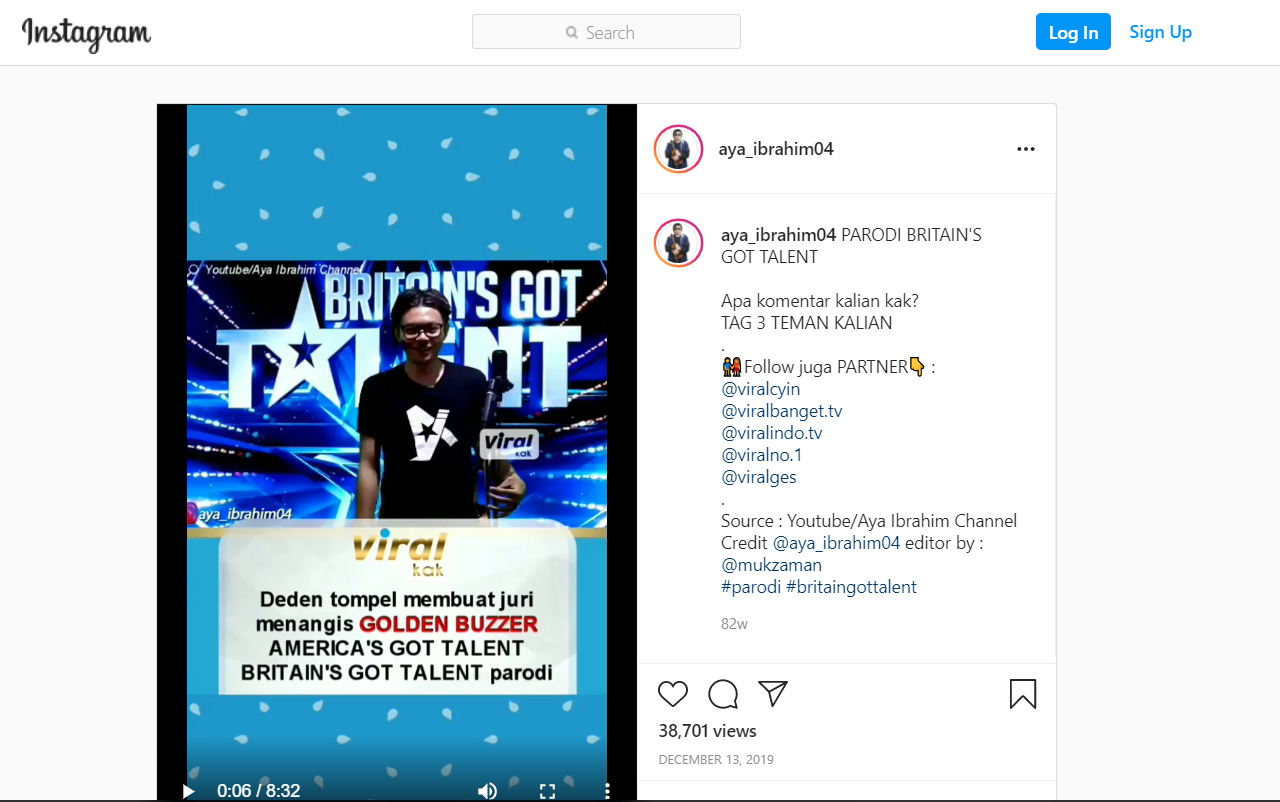 Further, we found the longer version of the video on the Indonesian YouTuber’s channel, uploaded on December 11, 2019. The title of the video mentions that the video is a parody. 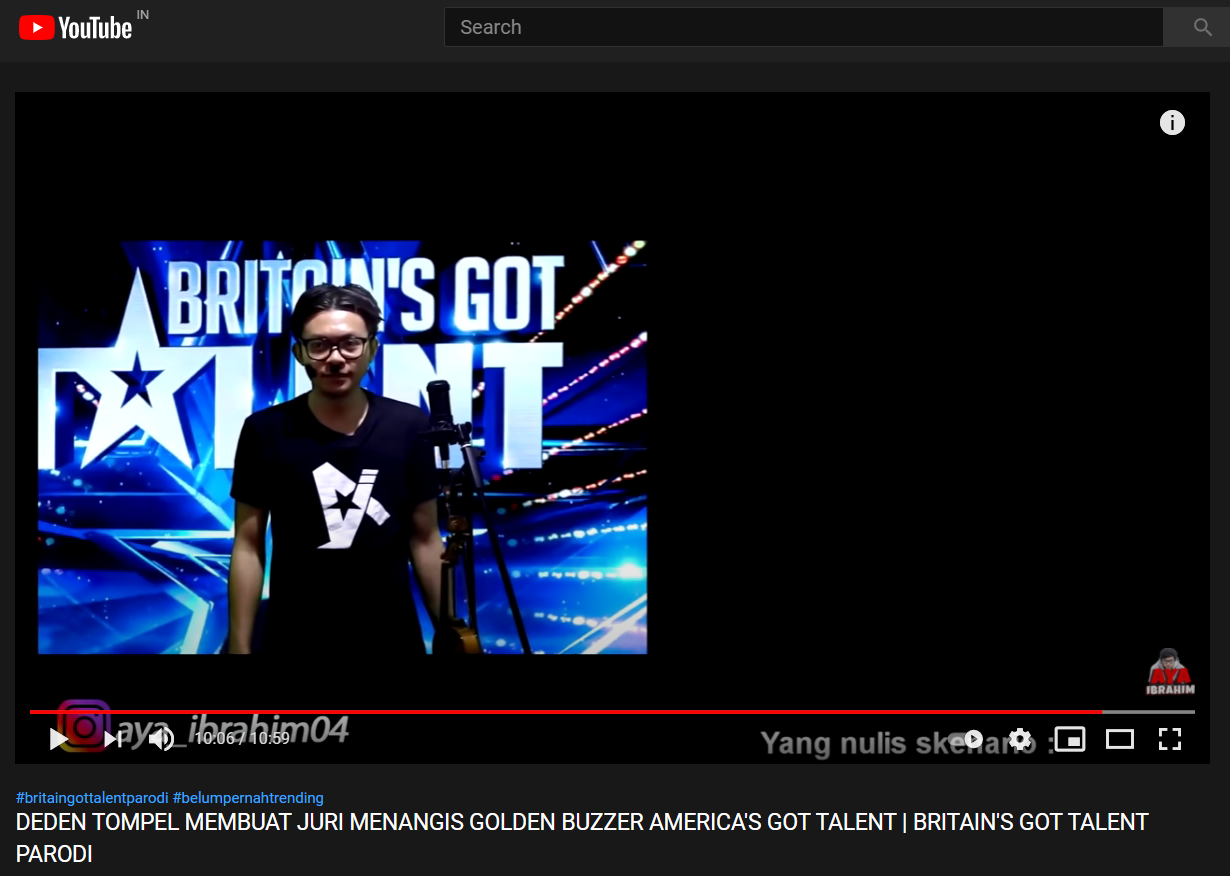 According to the credits displayed at the end of the video, Aya Ibrahim is the scriptwriter, director, and make-up artist of this video.

The above information proves that he digitally added the clips of the judges’ reactions from X Factor UK to a clip of him reciting Quarnic verses. Hence, the video is morphed, and the claim fake.