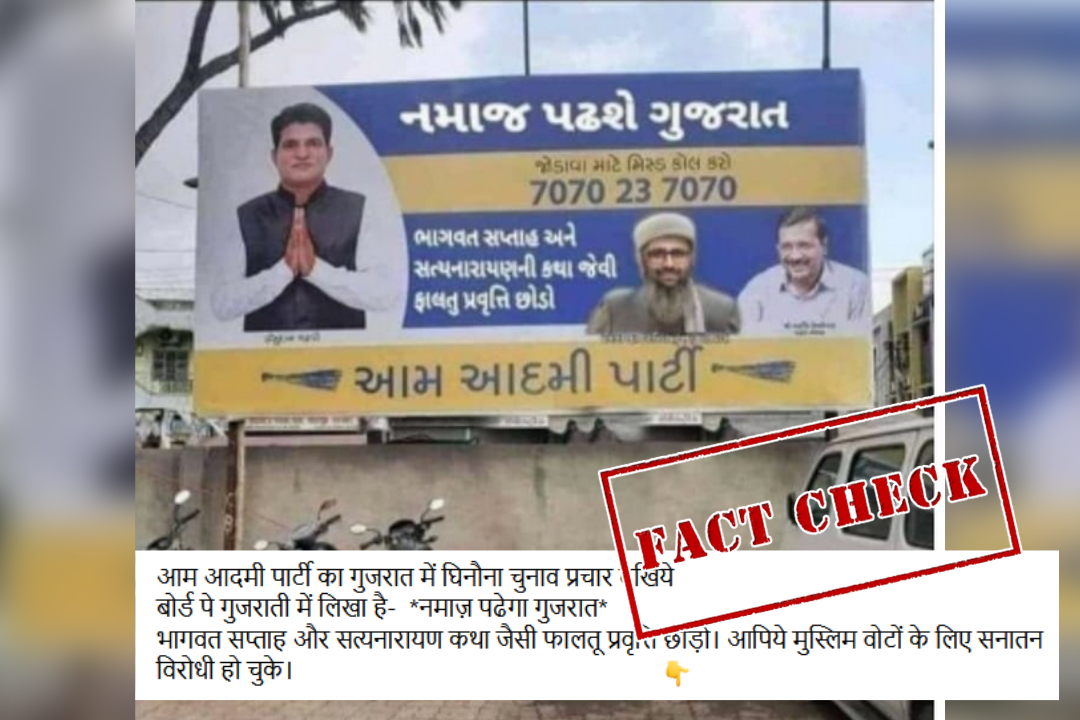 As the countdown for Assembly elections in a few states has begun, fake news factories are going full throttle to spread misinformation.

A post can be seen circulating on social media in which an Aam Aadmi Party hoarding can be seen.

The text on the hoarding in Gujarati can be translated to: “Now Gujarat will read namaaz”. Further, it reads that people should “discard Hindu religious activities such as Bhagwat recital and Satyanarayan puja.” 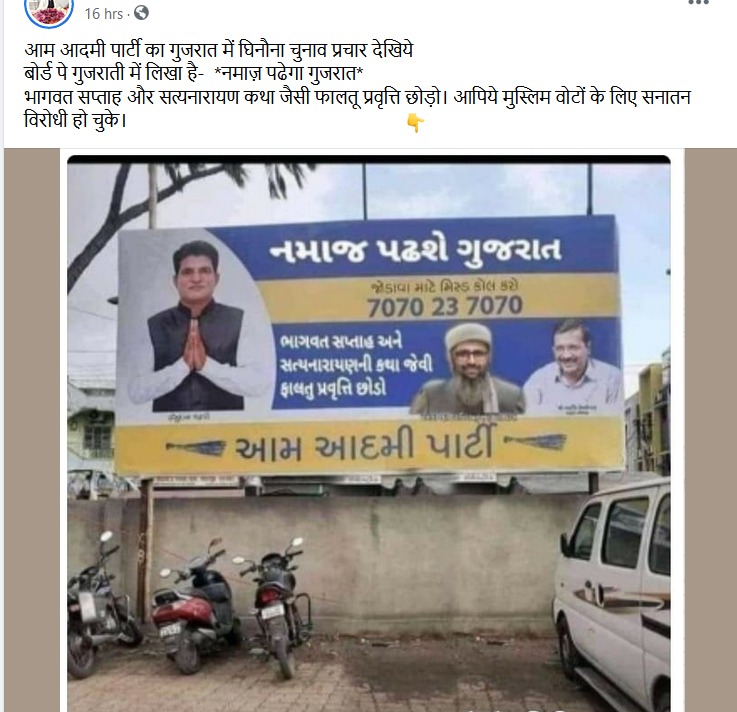 NewsMobile did a fact-check on the above picture and found that the photo is morphed.

On running a Google search using some relevant keywords, we came across similar pictures of hoardings on some Aam Aadmi Party’s Gujarati Twitter account. The tweets can be seen here and here. 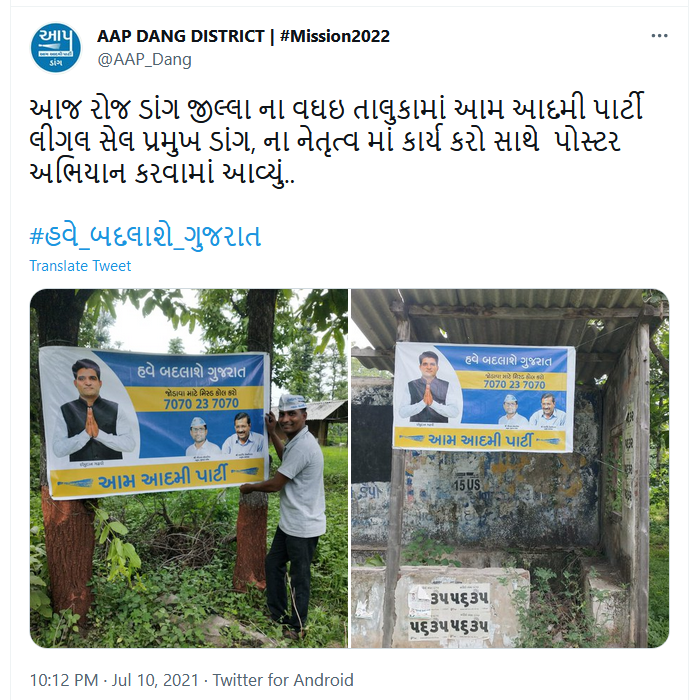 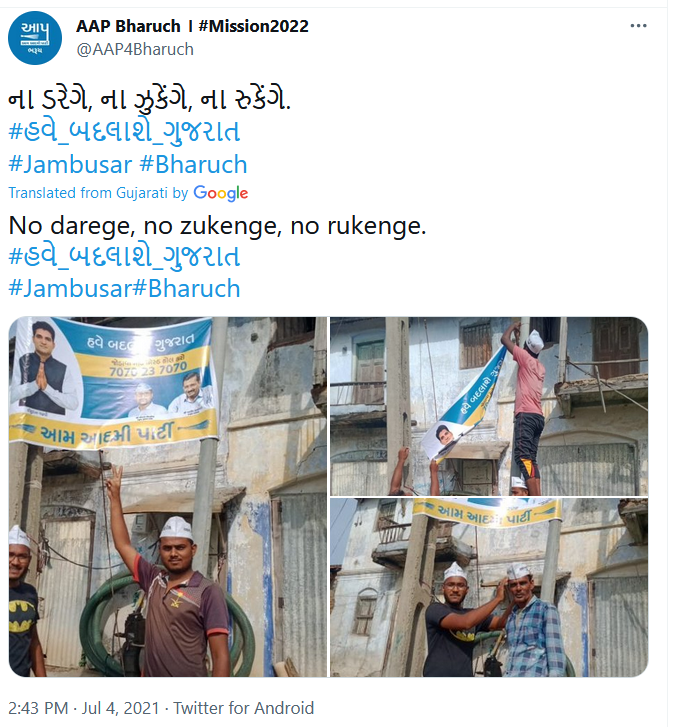 In both the hoardings, in place of “Now Gujarat will read namaaz”, the text “Now Gujarat will change”, has been written. Nothing was written about Hindu religious activities such as Bhagwat recital or Satyanarayan puja.

We also noticed that the photo of AAP’s Gujarat President, Gopal Italia, was morphed in the viral post.

Further, we found a post on the verified Facebook account of the Aam Aadmi Party, Gujarat. In the post, a comparison between the viral post and the original hoarding by the party has been done. Again, it was noticed that the text and the photo of AAP’s Gujarat President, Gopal Italia, has been morphed. 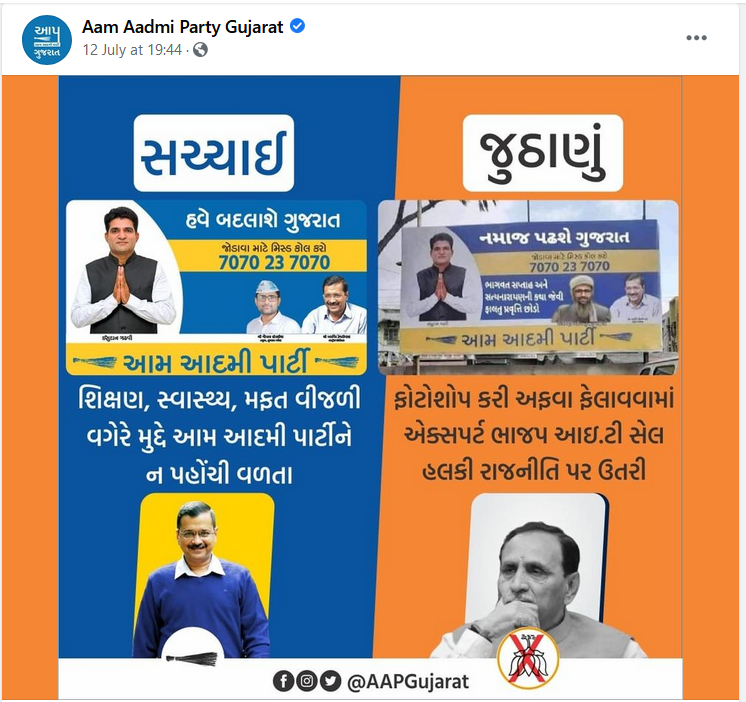 AAP on Twitter posted the original picture of the hoarding and refuted the claim. It tweeted that the party wants that the politics of Gujarat should move away from Hindu-Muslim, religion-caste, India-Pakistan to government education, health, employment, hospital, electricity and other initiatives.

It further stated that the party will take legal action against the miscreants who have attempted to cause disharmony and hatred among people of different communities, through this morphed image.

It is thus a false claim, and the picture in circulation is a morphed image.