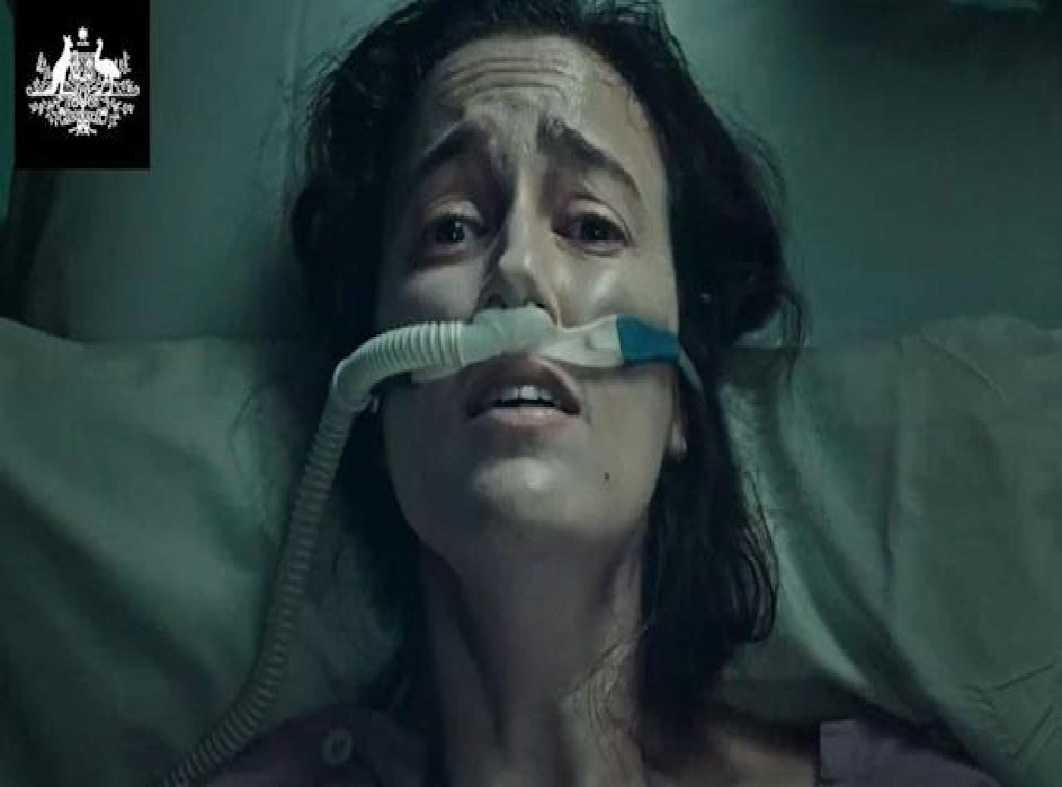 Many people have objected to a disturbing image of a young woman suffering from COVID in an Australian vaccine advertising.

The woman in the government commercial is seen gasping for air while hooked up to a ventilator in a hospital bed.

The text reads: “Covid-19 can affect anyone…Book your vaccination.”

However, opponents argue that the advertisement unjustly targets young people, given that those under the age of 40 will only be allowed to acquire immunizations at the end of the year.

Completely offensive to run an ad like this when Australians in this age group are still waiting for their bloody vaccinations. https://t.co/4xF5hZAkqp

Despite the country’s largest metropolis being under lockdown for the third week, Australia’s greatest daily rise in COVID-19 cases this year was announced on Monday, fueled by a fast-growing epidemic of the Delta strain in Sydney.

The state of New South Wales reported 112 new locally transmitted COVID-19 cases, almost all of them in Sydney, for the fifth day in a row.

A woman in her 90s died in Sydney, according to authorities. She had caught the illness from a family member.

On Sunday, New South Wales recorded 77 new cases. There are currently 52 persons in the hospital, 15 of them are in critical condition.

Sydney is currently under lockdown as the country’s largest city battles the highly contagious Delta strain of the virus.

Authorities in Australia’s largest city, Sydney imposed new stricter rules to curb the spread of the Delta variant of coronavirus.

New stricter rules restrict how people exercise, saying they must stay within 10 kilometers of their home and not meet up with more than one person from another household, reported NHK World.

The rules allow only one person per household to leave their home each day to shop for food or other goods.

It has fared better than many other wealthy economies, with roughly 31,200 cases and 911 fatalities since the pandemic began.

However, the highly contagious Delta strain and a delayed vaccination deployment have raised fears of a major outbreak.

Just about 11% of Australia’s adult population of just over 20.5 million people has been properly vaccinated.