Home NM FACT CHECKER Fact Check: This Video Of A Langur Hugging An Elderly Woman Is... 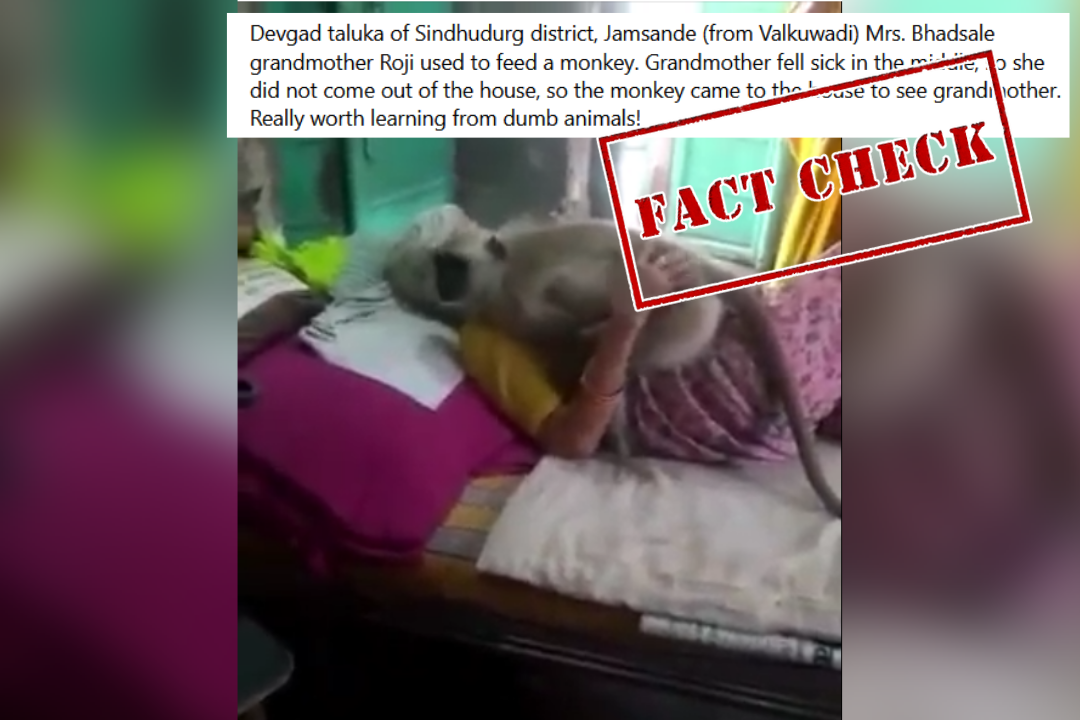 A video of a langur hugging an old woman lying on a bed is circulating on social media. It is being claimed that the incident took place in the Sindhudurg district in Maharashtra.

(Translation: Devgad taluka of Sindhudurg district, Jamsande (from Valkuwadi) Mrs. Bhadsale grandmother Roji used to feed a monkey. Grandmother fell sick in the middle, so she did not come out of the house. The monkey came to the house to see the grandmother. Really worth learning from dumb animals!) 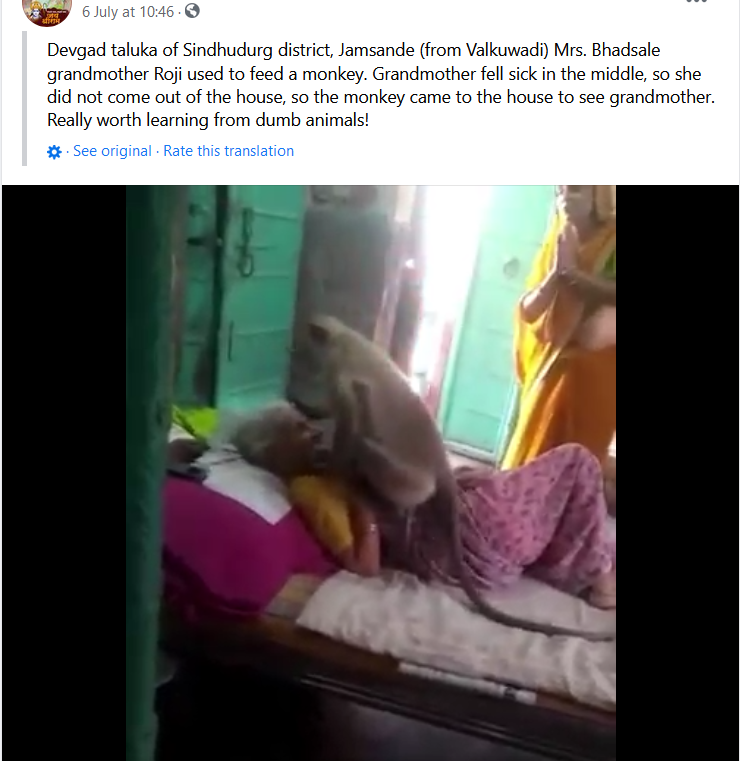 Find the above post here. Similar claims were made on Facebook as well, which can be seen here, here and here.

Firstly, we put the keyframes of the video through Reverse Image Search and found the same video in a bulletin by The Times Of India published on July 10, 2021. The title of the video read, “Elderly woman falls sick, langur visits home and hugs her.” 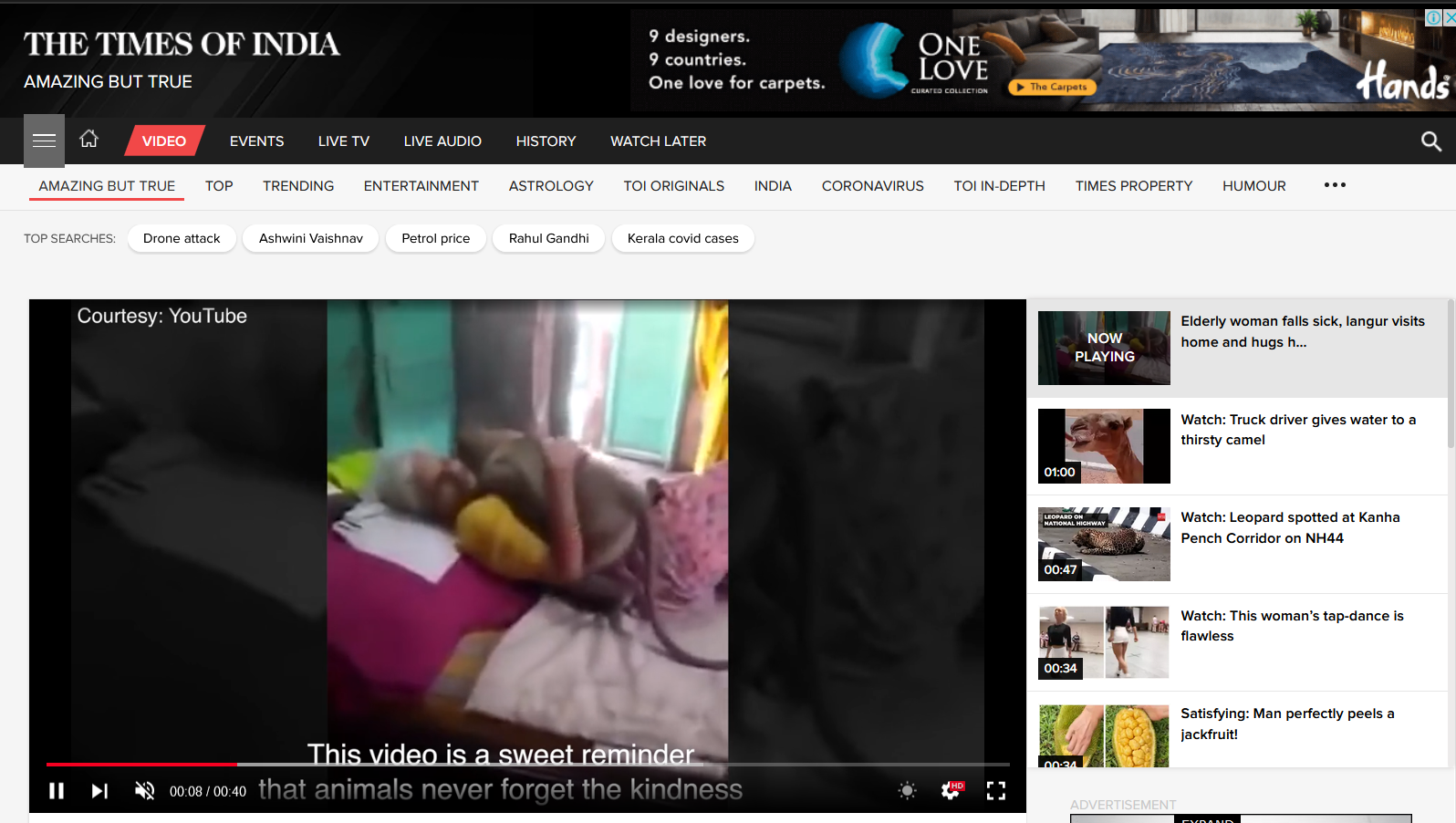 As per the report, the incident took place in Rajasthan where the woman used to feed the langur, but after falling sick she could not feed him. When the langur did not see her, he came to visit her. 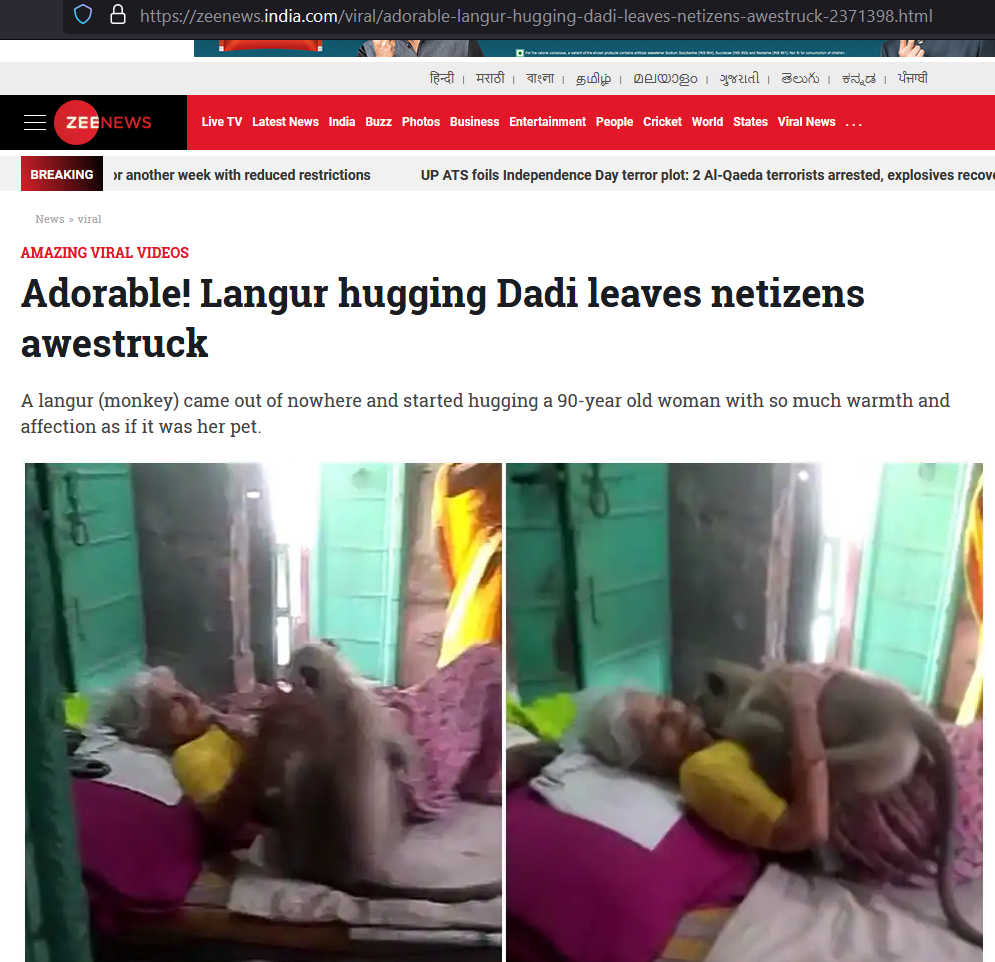 Likewise, this video too mentioned that it was shot in the Phalodi area of Rajasthan’s Jodhpur district.

We also found a tweet by India.com dated June 23, 2021. “Even this monkey needed a hug! #midweekblues 🥺.This video from Palodi, in Rajasthan, is going #viral!!”, the tweet read.

Even this monkey needed a hug! #midweekblues 🥺
.
This video from Palodi, in Rajasthan, is going #viral!! pic.twitter.com/rlWi1Lk3da

In conclusion, the information proves that the incident took place near Jodhpur, Rajasthan, and not Maharashtra. Hence, the claim is misleading.