Home NM FACT CHECKER Fact Check: No, The Viral Image Does NOT Show Paris From The... 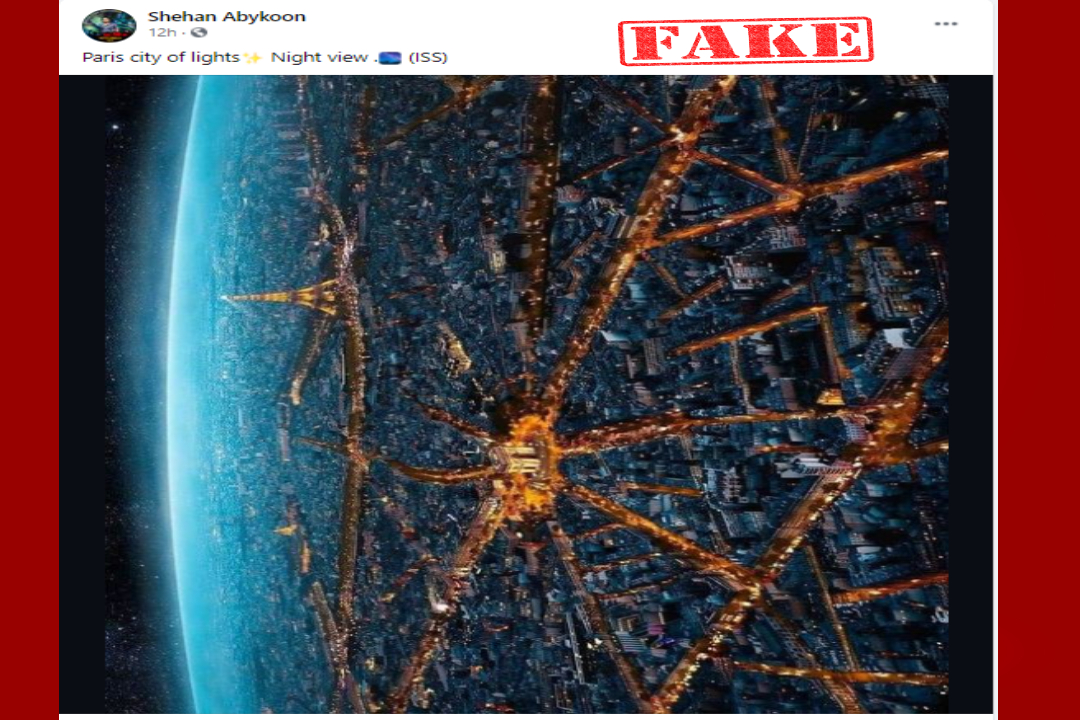 An image is viral on social media with a claim that it is the night view of Paris, France from the International Space Station (ISS).

The image shared with the claim reads as, “Paris city of lights. Night view (ISS).” 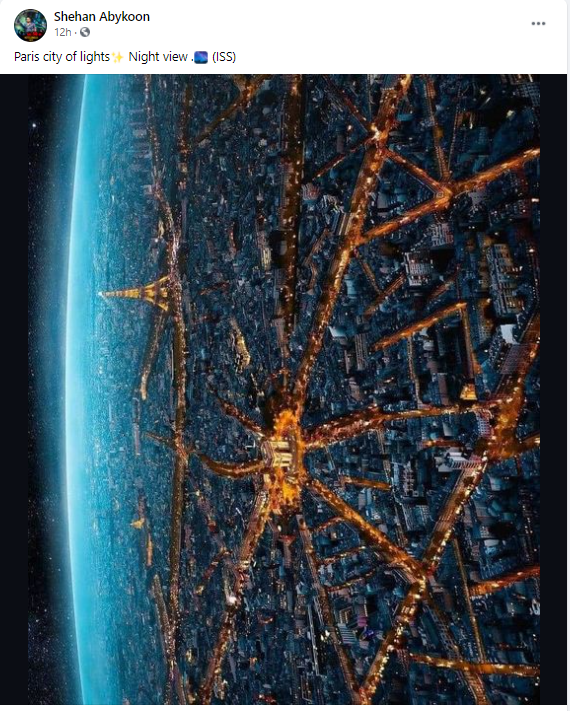 On doing a Google Reverse Image Search we found that the same image was uploaded by a Twitter handle @PicPedant on July 12, 2021, claiming that the viral image is an artwork and not a photograph of Paris from ISS.

The image was shared with the caption, “This is a Photoshop artwork by @georgesarmando titled “Our Blue Planet,” cropped and rotated. It is absolutely not from the ISS or any spacecraft.” 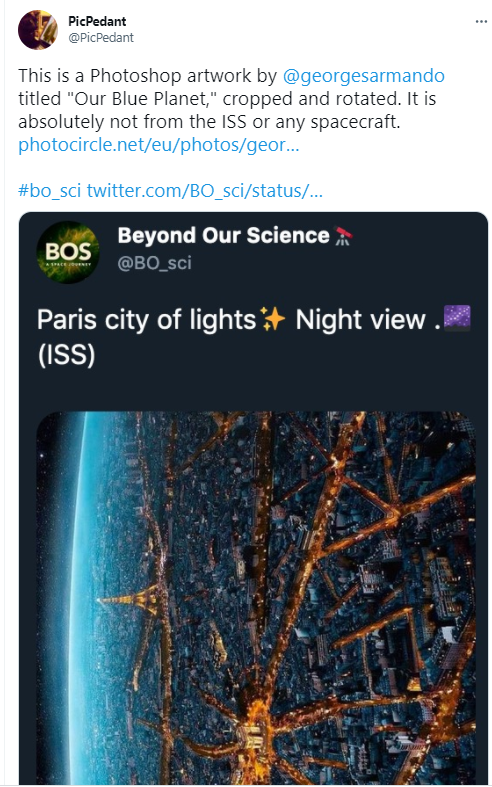 Taking a cue, we searched for the Instagram handle, ‘georgesarmando‘. On scrolling through his Instagram profile, we found out that the same image was uploaded by him with hashtags like creativeoptics, art of visuals etc. 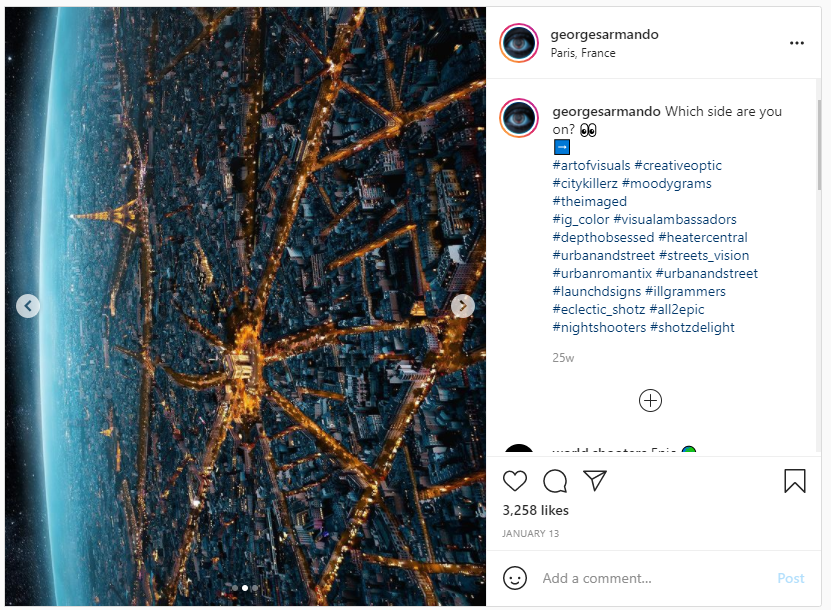 We also found that a similar image was uploaded on his Instagram handle in which the street lights were not illuminated. 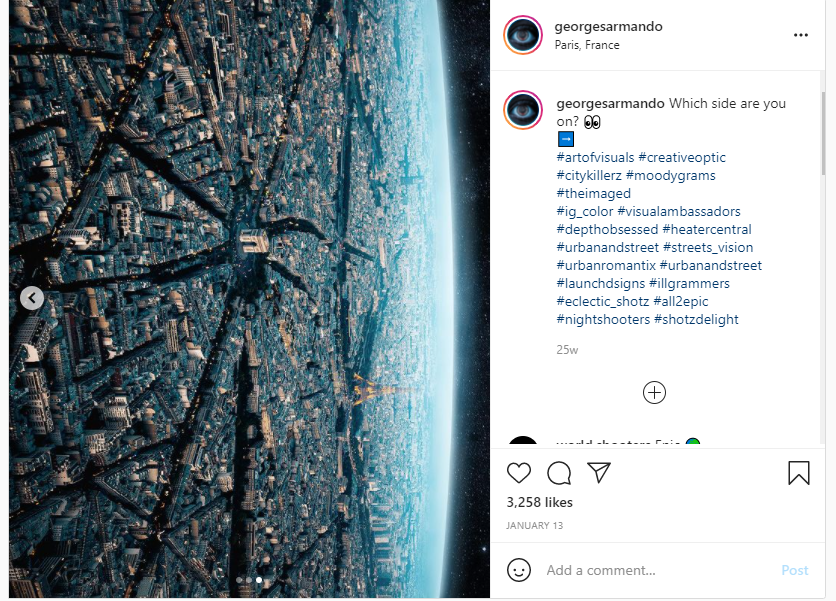 The same image was also uploaded on the website PhotoCricle where he mentioned the image to be an artwork.

Earlier, NewsMobile had debunked a similar image wherein it was shared with the claim that it shows pictures of the Himalayas from ISS.

Hence, we can conclude that the viral image is a photoshopped artwork and has NOT been taken from the International Space Station.