Fact Check: Did A Rapper Predict COVID-19 Pandemic In His Song Eight Years Back? Here’s The Truth | Newsmobile
Wednesday, October 5, 2022 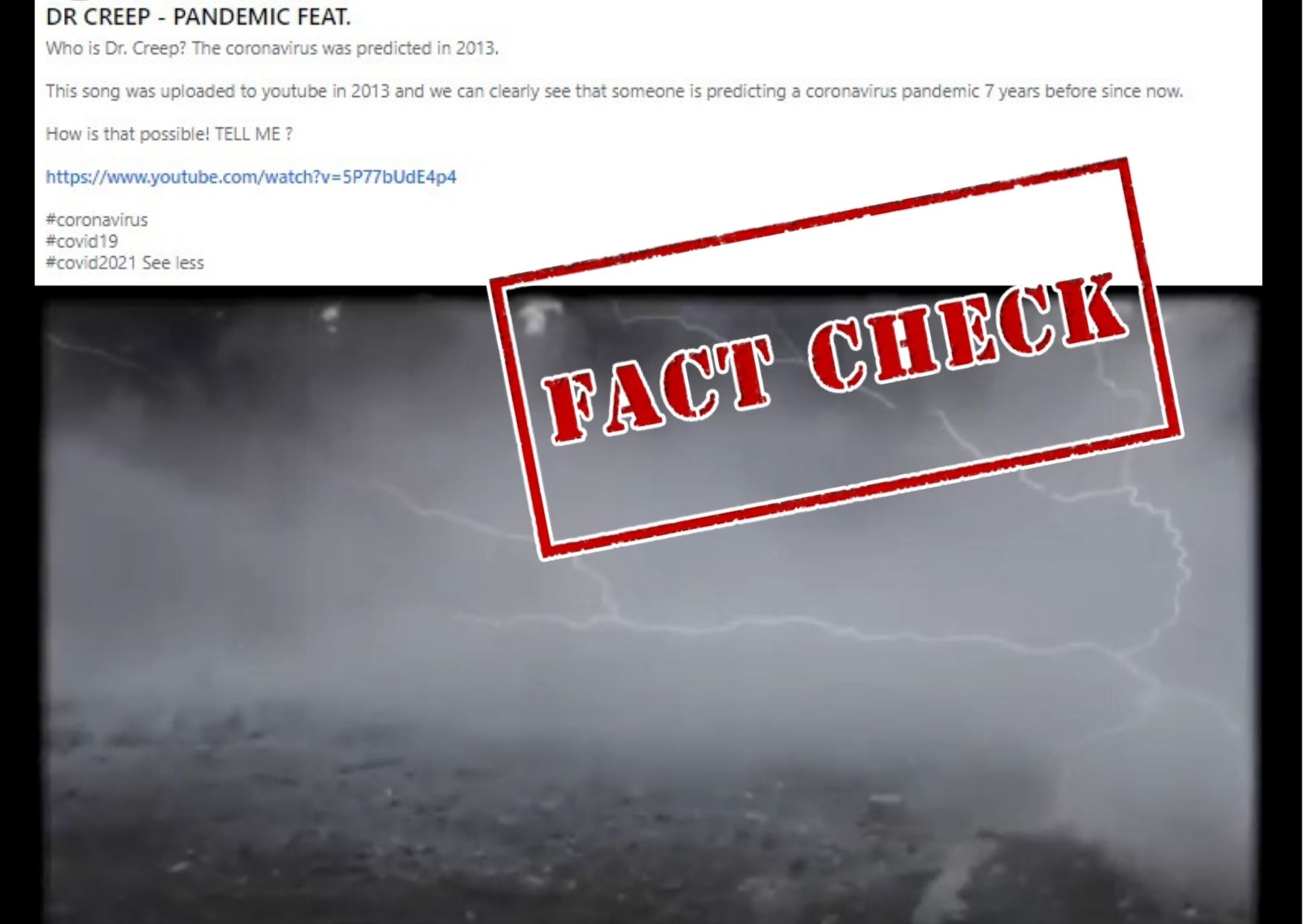 A conspiracy theory has surfaced on social media platforms claiming that a rapper named Dr Creep predicted the 2020 coronavirus pandemic in a song that he shared, back in the year 2013.

A Facebook user shared the YouTube link of the song with the caption saying, “This is a track by Dr. Creep – He Predicted Corona Virus in 2013. His lyrics ending the verse ‘2020 Combined With Corona Virus. Bodies Stacking’ Dr. Creep f.t lone ninja – Pandemic 2013. Lyrics in comments.Proof in the comments.” 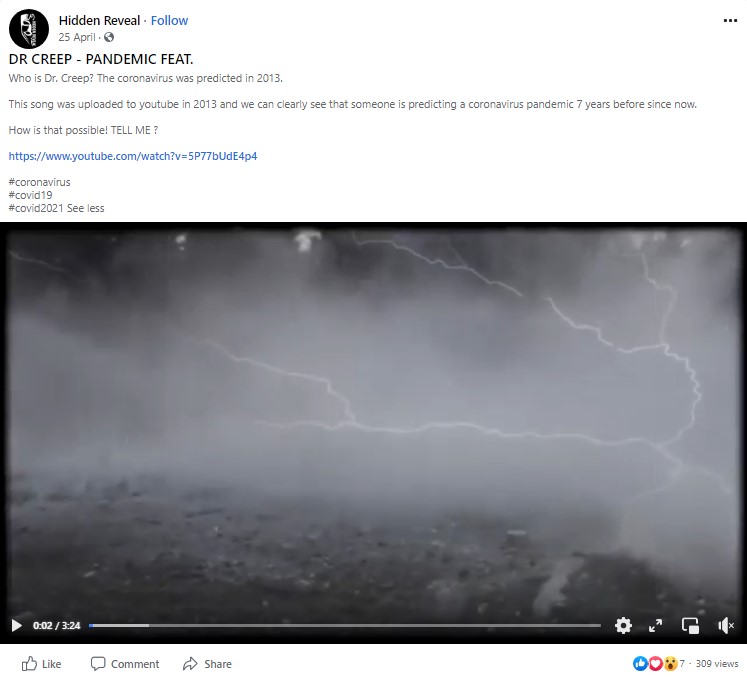 Another Facebook user wrote, “We not gonna talk about how Dr. Creep released a song called “Pandemic” in 2013 that had the line “2020 combined with Coronavirus, bodies stacking”? Proof Illuminati exists or nah?”

NewsMobile fact-checked the viral post and found the claim made in it to be misleading and false.

We ran multiple keyword searches and found that Dr Creep himself has denied that he predicted the pandemic. He also stated that Coronavirus is a family of viruses and had existed even before the COVID-19 pandemic.

In March 2020, he posted on his Facebook page that the lyrics were “more of a coincidence than a prediction as I don’t feel I was ‘trying’ to predict anything, I just rapped about what I was watching. (sic)”

He further added, “People just never heard of a coronavirus which is part of a family of viruses, hence why they dubbed the new one covid-19 or sars-cov-II. Sars & Mers were both coronaviruses as well. Just a tad bit of information… annnnd I’m not the only dude that mentioned the damn coronavirus back in 2013!!!! (sic)”

This year on June 18, he again denied the viral claim that he predicted the pandemic.

According to World Health Organisation, Coronaviruses are a large family of viruses that can cause diseases ranging from the common cold to Severe Acute Respiratory Syndrome (SARS).

According to Centres for Disease Control and Prevention, SARS was recognized as a global threat in March 2003, after first appearing in Southern China in November 2002.

The World Health Organisation published ‘Status of the outbreak and lessons for the immediate future’ report on SARS outbreak’ in May 2003, stating that China reported a cumulative total of 792 cases and 31 deaths in Guangdong Province from November 16, 2002, to February 28, 2003. WHO received the first official report of an outbreak of atypical pneumonia in the province, said to have affected 305 persons and caused 5 deaths on February 11, 2003. 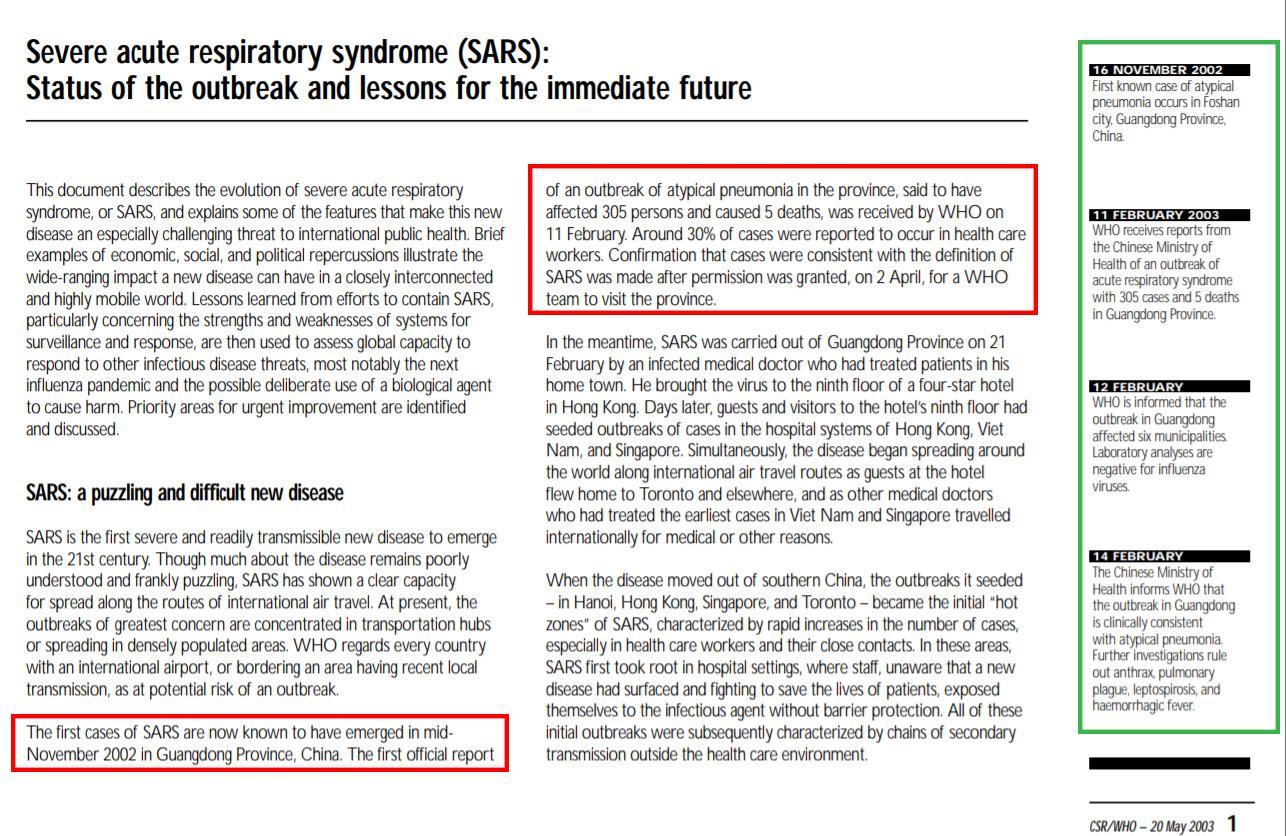 By late July 2003, no new cases were being reported, and WHO declared the global outbreak to be over.

In 2013, a new virus, known as MERS, captured the attention of health organizations around the globe. MERS, which stands for Middle East respiratory syndrome, was discovered for the first time in humans in April 2012 and has the potential to cause a deadly epidemic.

In 2012, the first MERS-CoV illness was reported. According to Centres for Disease Control and Prevention, about 3 or 4 out of every 10 patients reported with MERS have died.

As per WHO, 858 deaths were reported due to the infection and related complications. 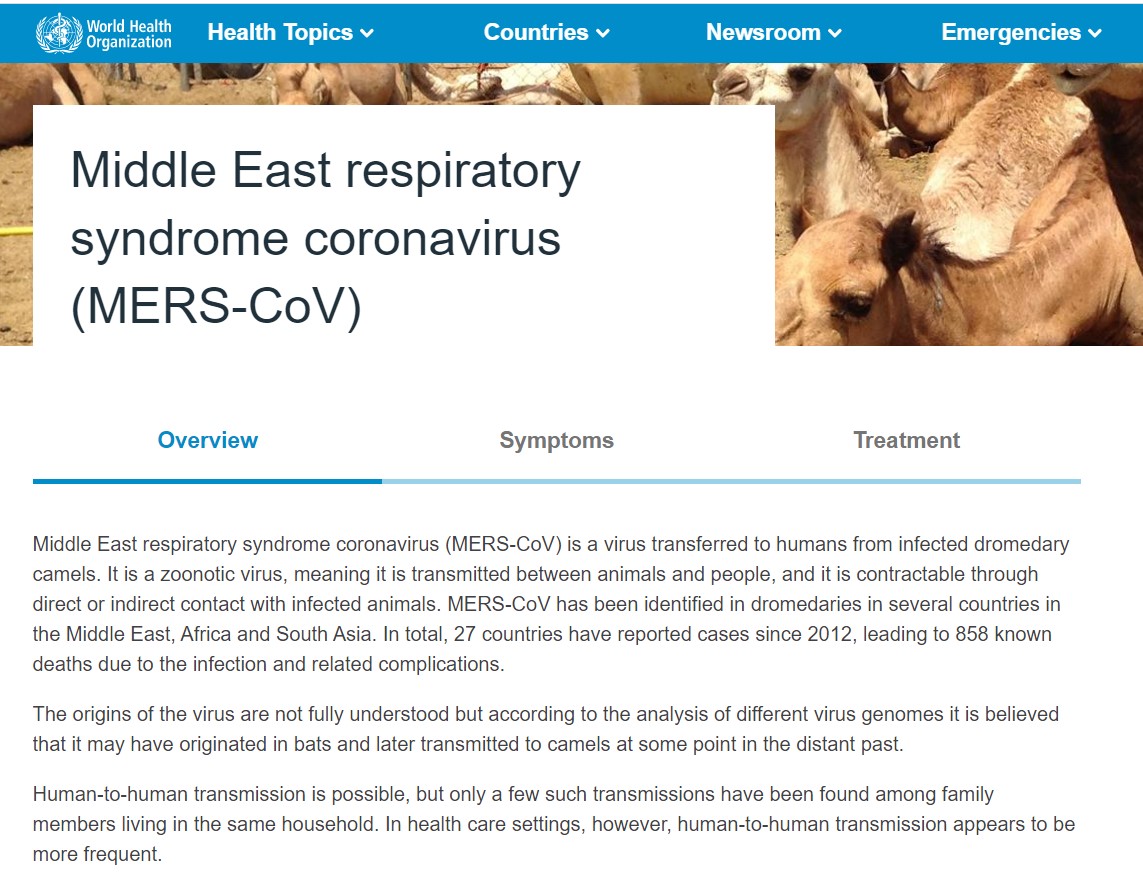 Notedly, the SARS-CoV-2 virus was first detected in 2019.

Hence, Dr Creep’s song lyrics in his song ‘Pandemic’ that was released in 2013, was based on the information available at that time. The rapper did not predict the COVID19 pandemic as we have it today.

In conclusion, the claim made with the viral post is misleading and false.