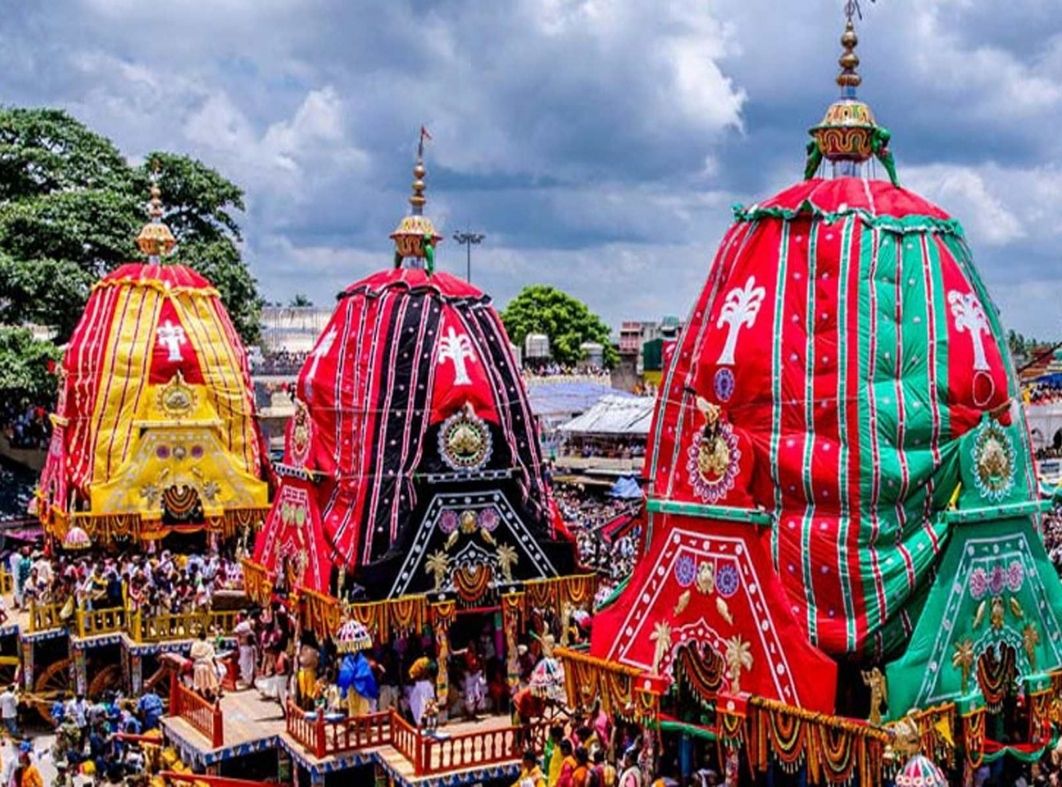 The Jagannath Temple administration on Friday informed that like the previous year, this year’s Ratha Yatra festival would be organised without the participation of devotees and in strict adherence to safety protocols to contain the spread of coronavirus.

According to the Administrator of Puri Jagannath Temple, Ajaya Jena, the servitors testing negative for Covid-19 would be allowed to participate in the pulling of the chariots.
“Like last year this year also Rath Yatra will be held without devotees on July 12, 2021, as per the order of the Supreme Court and SOP issued by the Odisha Government.  No devotees were allowed to participate in Rath Yatra. Chariot pullers who test RT-PCR negative and have been fully vaccinated will be permitted to attend the yatra. Around 1,000 officials excluding police personnel will be deployed,” said Jena.

As per the Administrator, three thousand ‘sevayat’ (servitors) and 1000 temple officials will be allowed to perform all rituals and RTPCR tests are going on at four places at Puri since July 8.

Rath Yatra is a festival associated with Lord Jagannath held at Puri annually in the state of Odisha. Earlier on Tuesday, the Supreme Court rejected a batch of petitions seeking direction to conduct Rath Yatra across Odisha and not only in Puri Jagannath temple, as permitted by the Odisha State Government in its order earlier.

“This year more people died, and last year, lesser number of people died,” the three-judge bench of the Apex Court, headed by Chief Justice of India (CJI) NV Ramana observed and dismissed the batch of petitions seeking its direction to conduct the Rath Yatra, across many cities in Odisha, and not only in Puri.

The Odisha State Government had allowed and permitted to conduct the Rath Yatra only in Puri Jagannath temple with strict COVID-19 restrictions and protocols.