Fact Check: This Picture Does Not Show India’s Under-16 Women’s Basketball Team; The Claim Is False | Newsmobile
Thursday, August 11, 2022 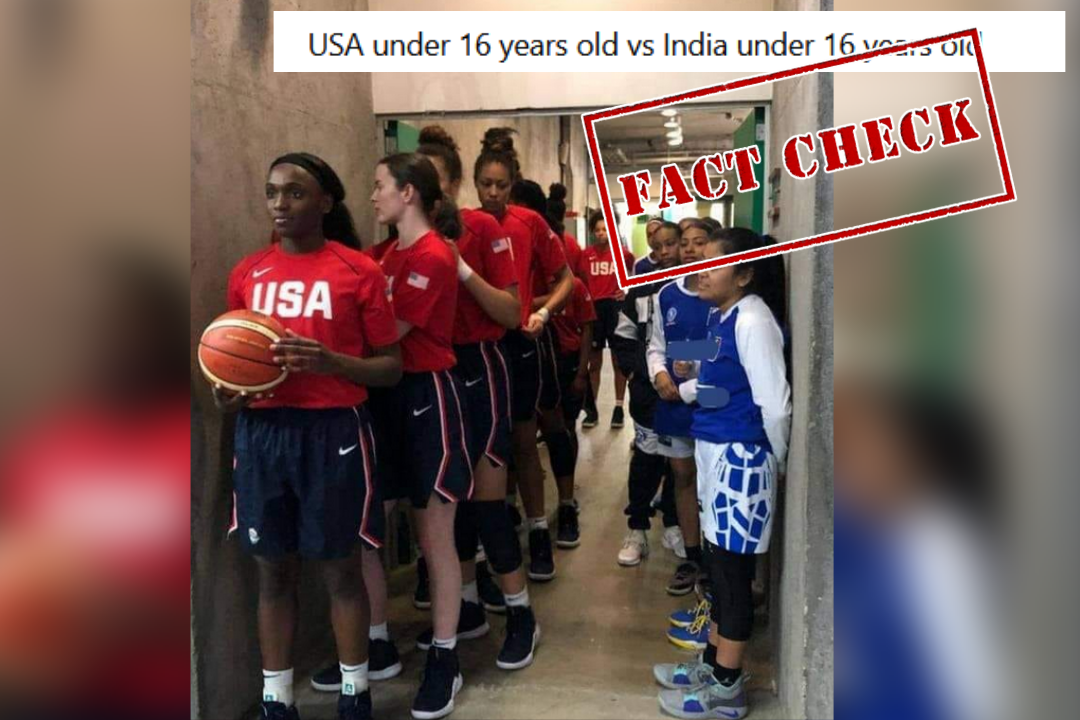 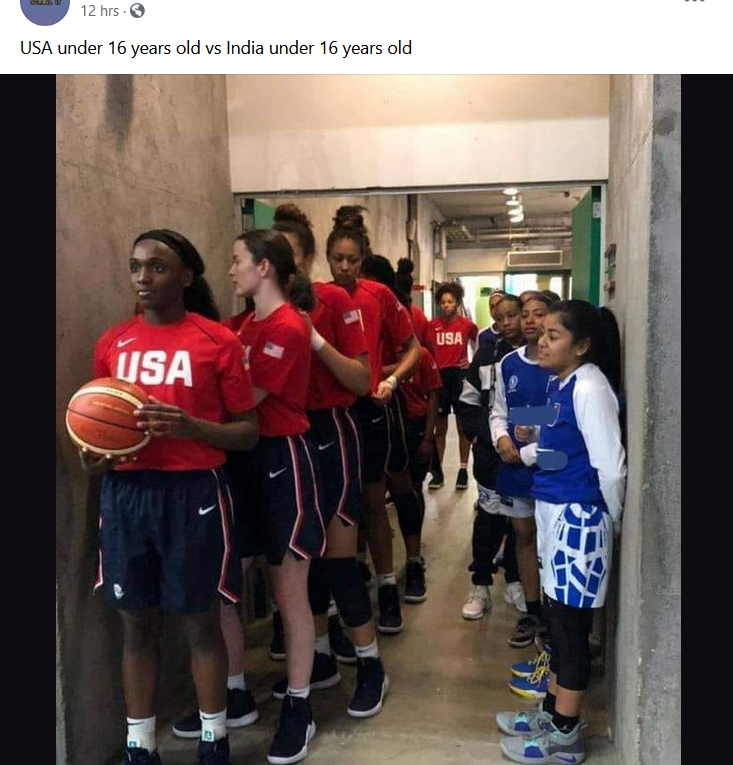 On putting the image through Reverse Image Search, we found the picture on the verified Facebook page of Basketball Forever dated June 19, 2019. The post read, “U16 USA Basketball vs U16 El Salvador Final score 114-19.” 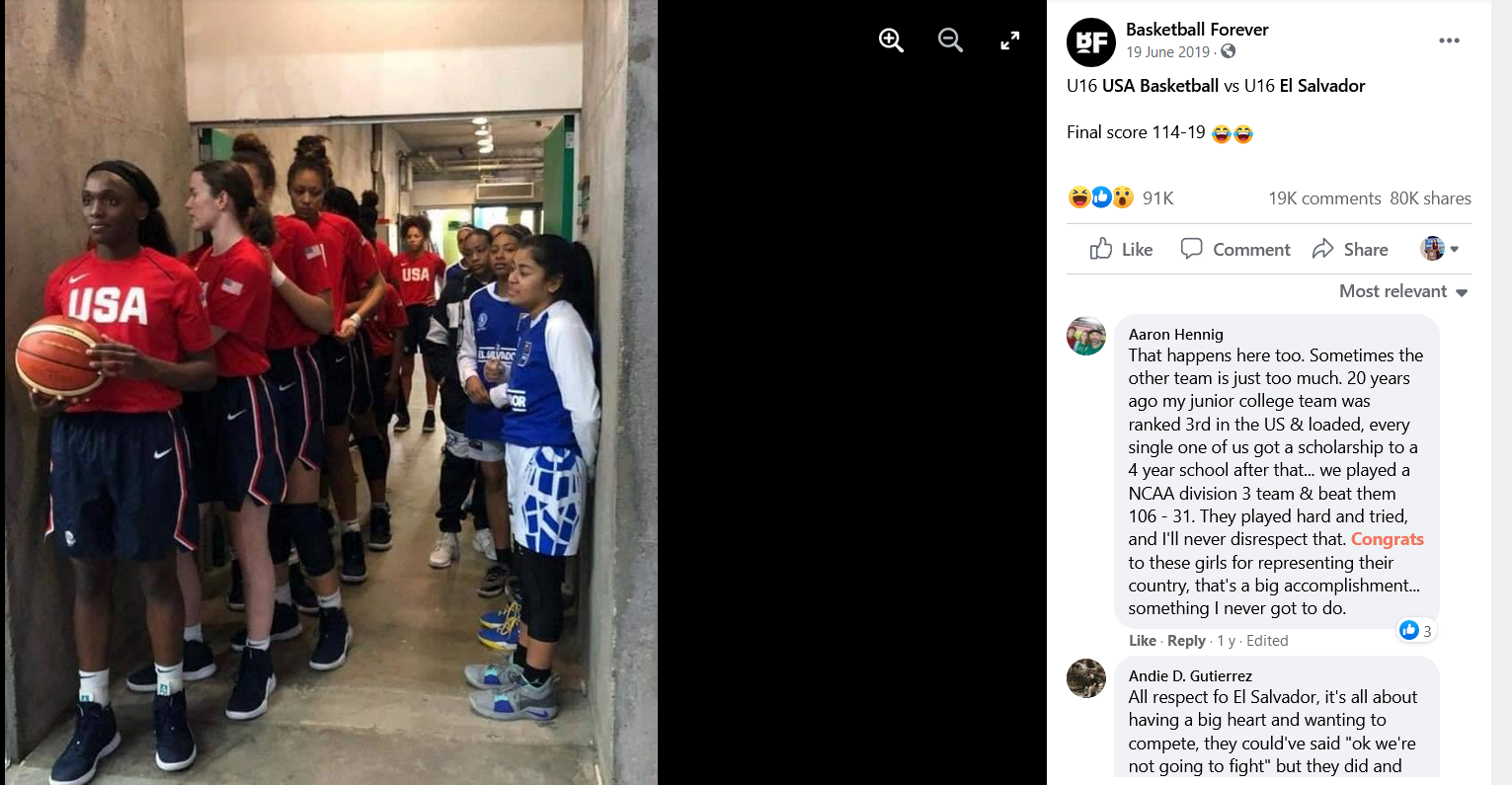 As per the caption, the players in blue and white jerseys are from El Salvador.

We found the same picture on other social media sites as well. The description of the picture mentions that the players are from El Salvador. View here and here. 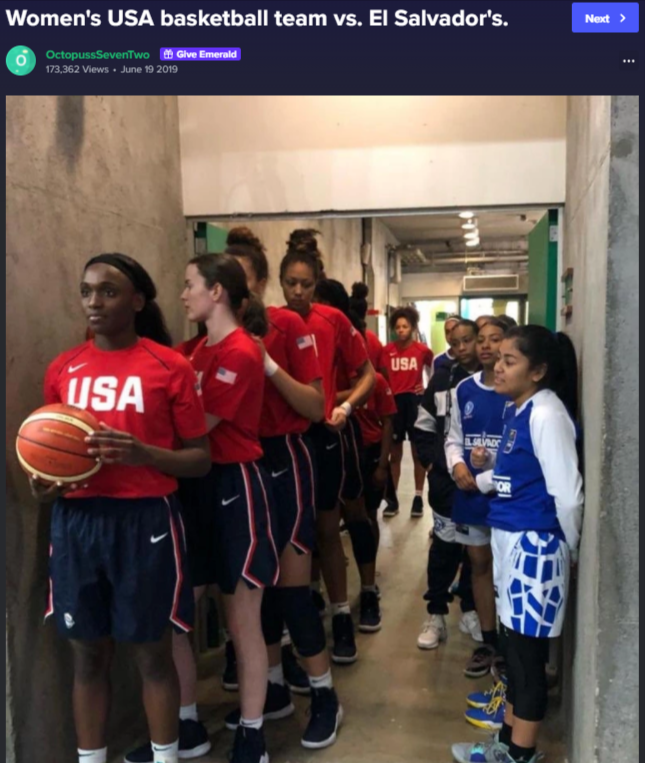 Further, we found a video on YouTube dated October 2, 2020, in which both the teams can be seen. The text ‘El Salvador’ can be clearly seen mentioned on the blue and white jersey. 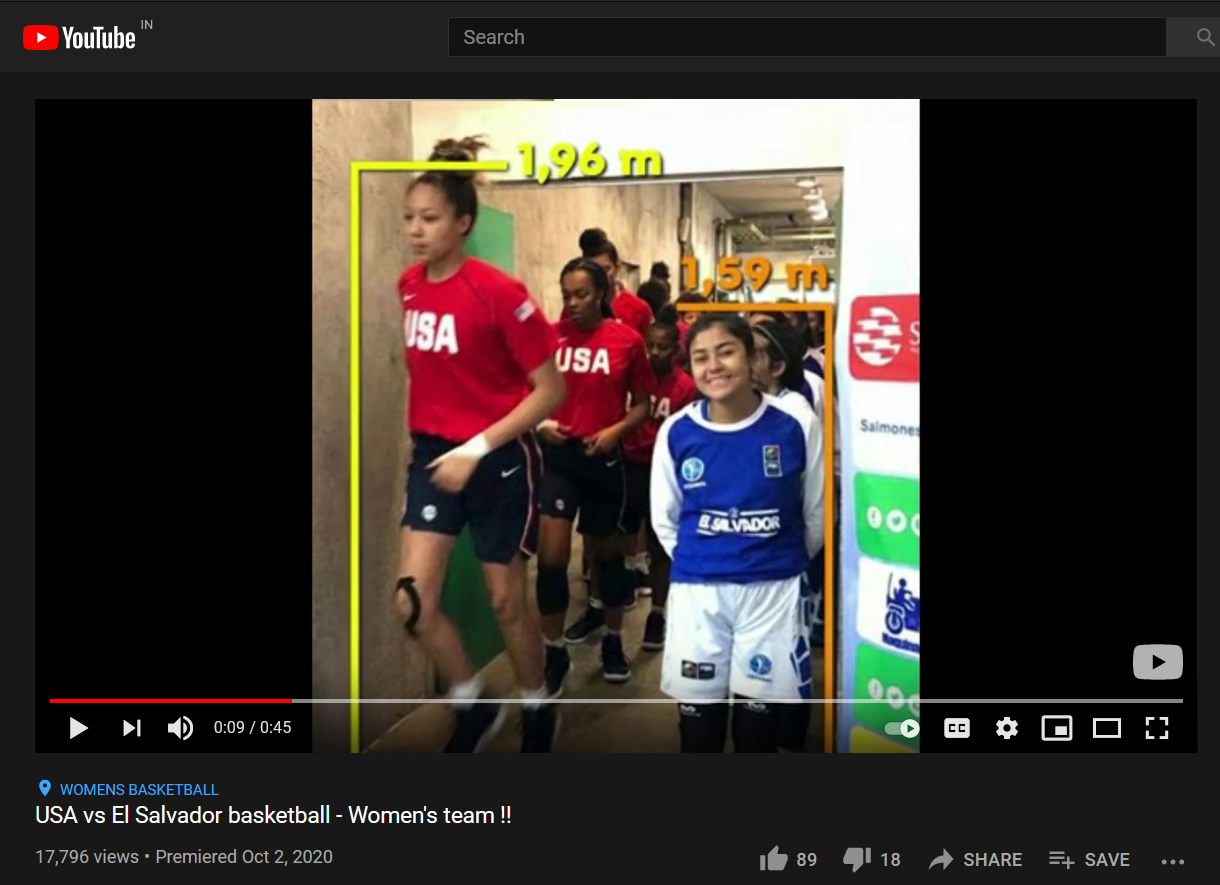 The description of the video mentions that the picture was taken in Chile in 2019 during the FIBA Americas Under-16 Championship for Women.

We also found a report from a Spanish website RPP Noticias from June 2019, featuring the same picture. The headline of the report can be loosely translated to “Like David and Goliath: The viral photo that moves and shows physical inequality in basketball”. 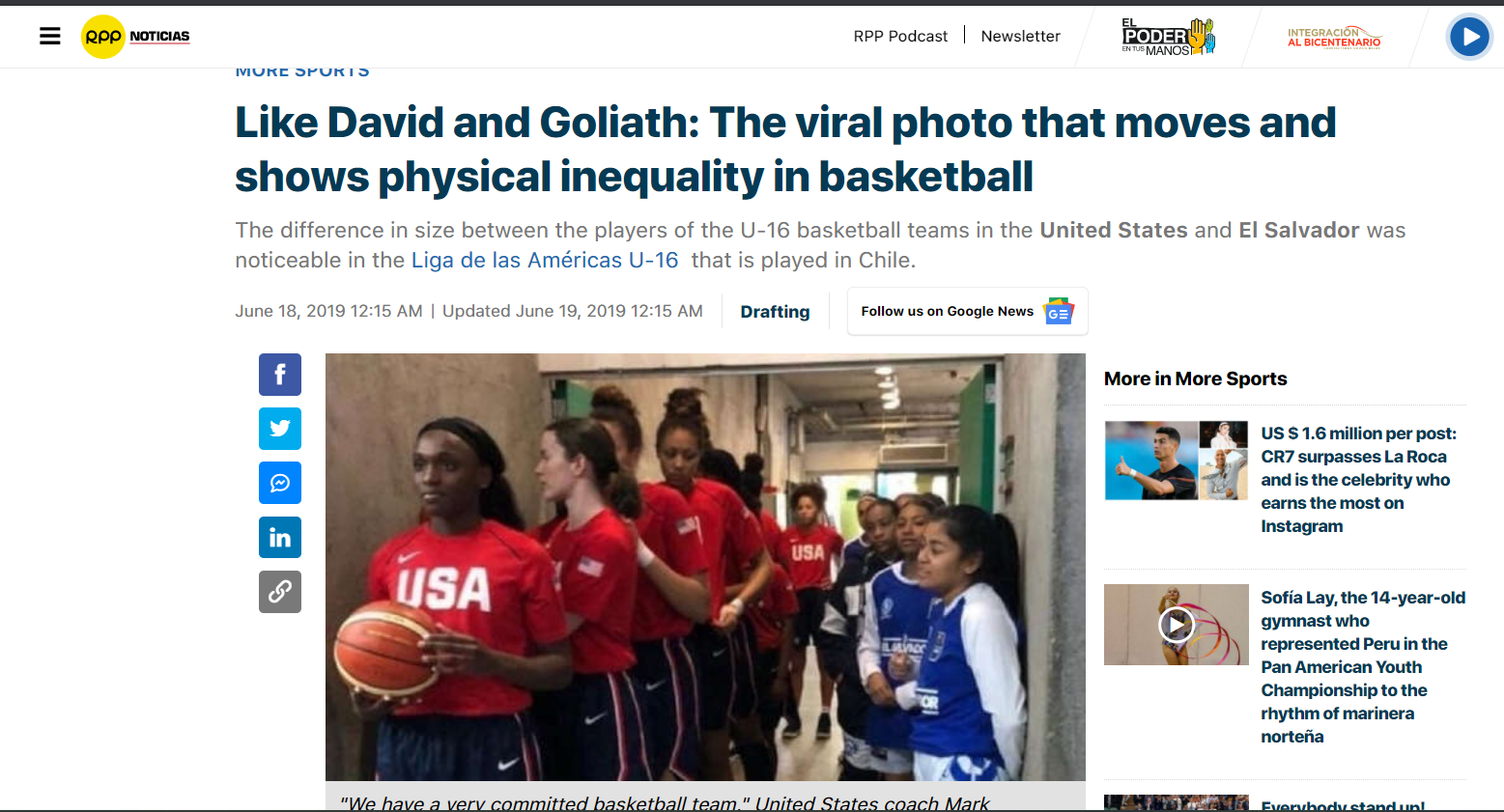 As per the report, this photo was taken before the match between the USA and El Salvador, during the FIBA League of the Americas U16 for women that took place in Chile in 2019. The USA won the match 114-19 against El Salvador.

The above information proves that the women in blue and white jerseys are not the Indian Under-16 women’s basketball team. The claim is false.