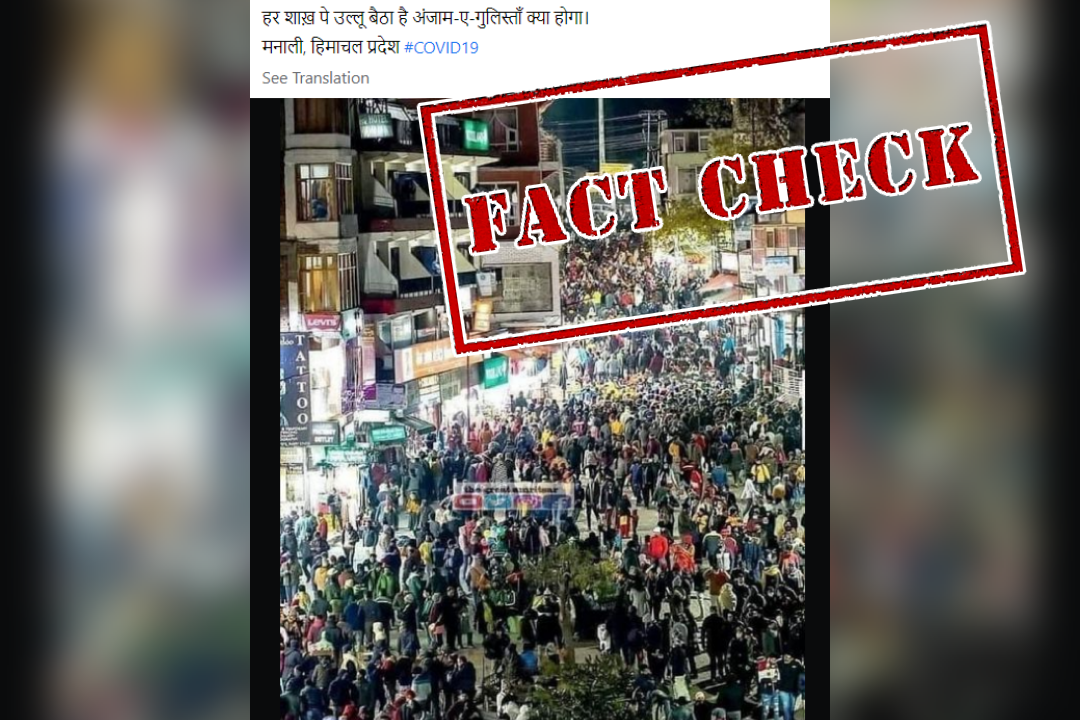 The image is being shared on Facebook with a caption in Hindi that translates to, “An owl is sitting on every branch, what will be the result of Gulistan(nation). Manali, Himachal Pradesh #COVID19.” 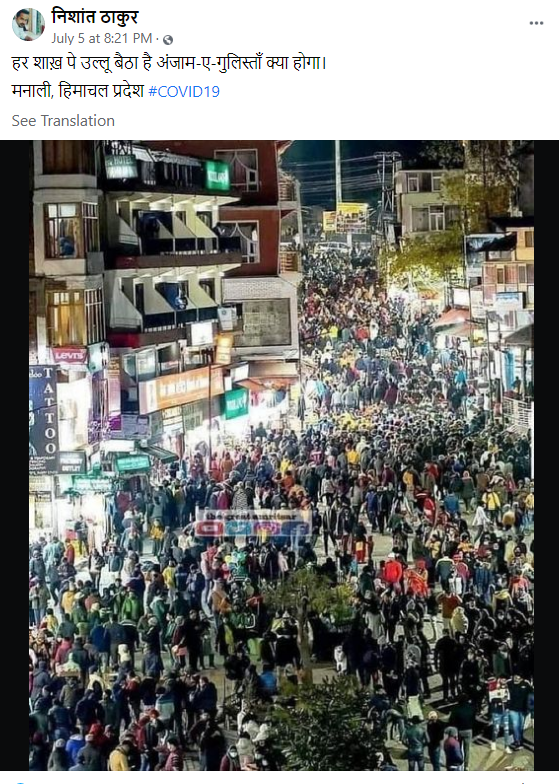 Starting with our investigation, we did a Reverse Image Search and found out that the viral image was uploaded on a Facebook page called “Amigosblink” on January 23, 2021. Describing the image as Manali, a Shayari has been written in the caption.

More searches led us to a post uploaded on the same Facebook page dated July 5, 2021, in which it was clarified that “This pic which is viral on social media on different platforms is clicked on 31st December 2020 by us. This is no recent pic.”

Although, there are many recent news reports and videos which show images of huge crowds of tourists thronging Manali, this particular image is old. 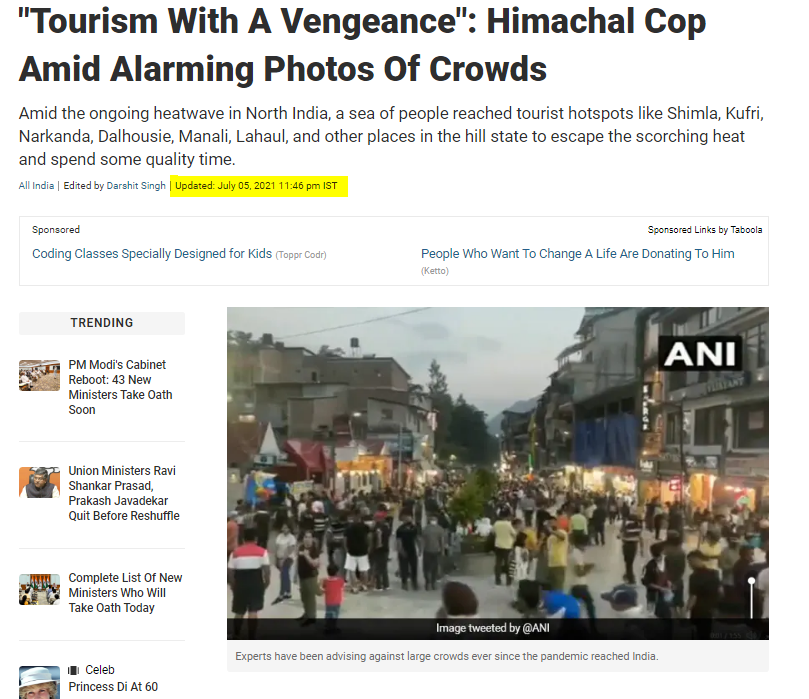 Many news articles have reported that a massive tourist influx in Himachal Pradesh also resulted in midway holdups on national highways and unprecedented traffic jams.

Thus, it is evident that an old image of a crowded street of Manali is being shared as that of recent time. Therefore, the viral claim is MISLEADING.