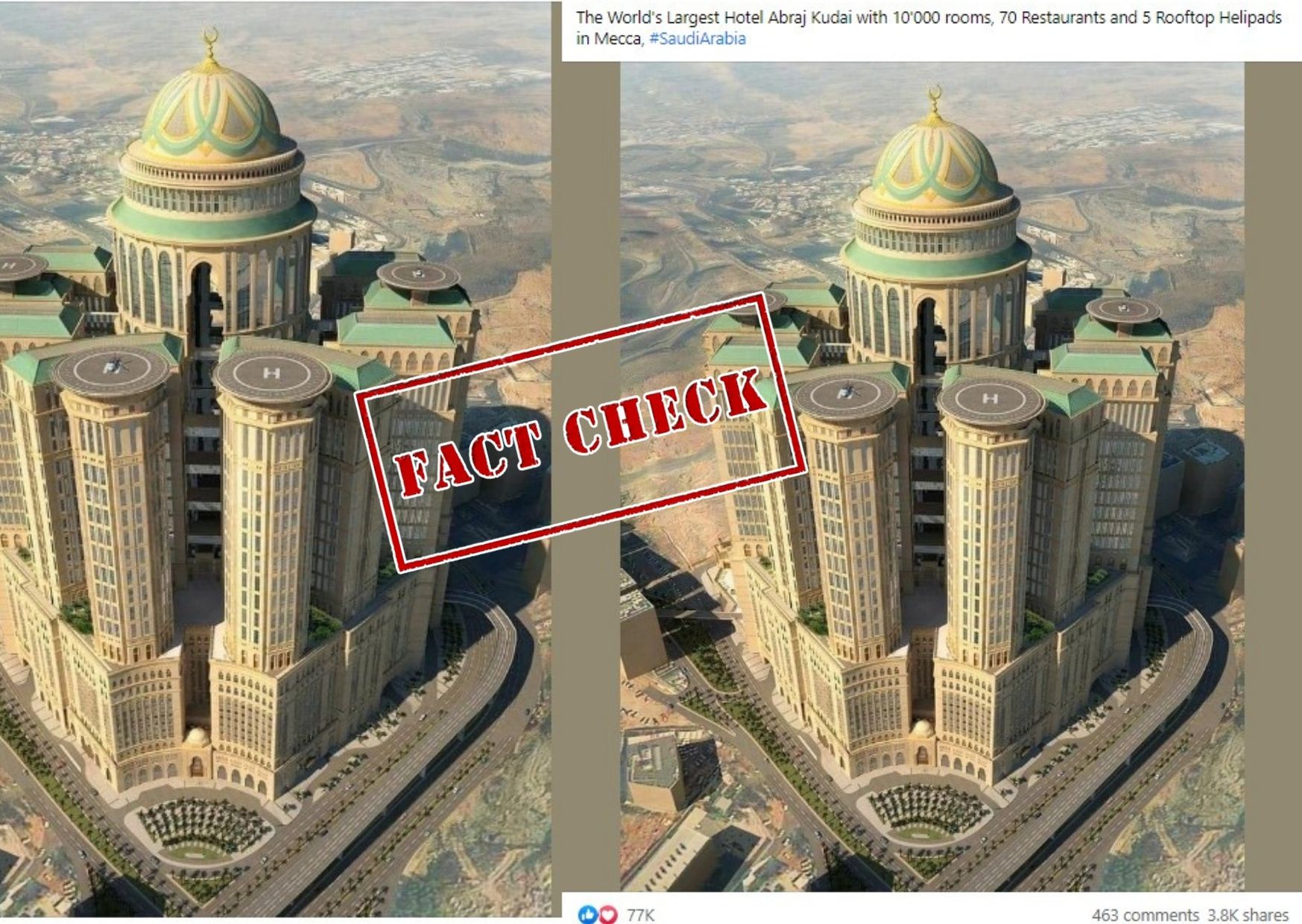 An image of a tall luxurious building has surfaced on social media platforms with the claim that it shows the world’s Tallest Hotel Abraj Kudai, in Saudi Arabia.

A Facebook user shared the image with the caption, “The World’s Tallest Hotel Abraj Kudai with 10,000 rooms, 70 Restaurants and 5 Rooftop Helipads in Mecca, #SaudiArabia.(sic)” 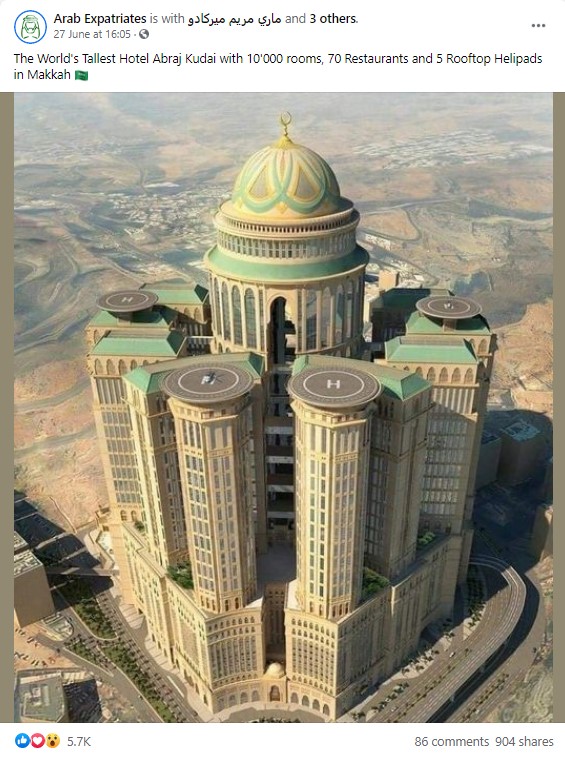 Several other Facebook users have shared the image with the same claim. 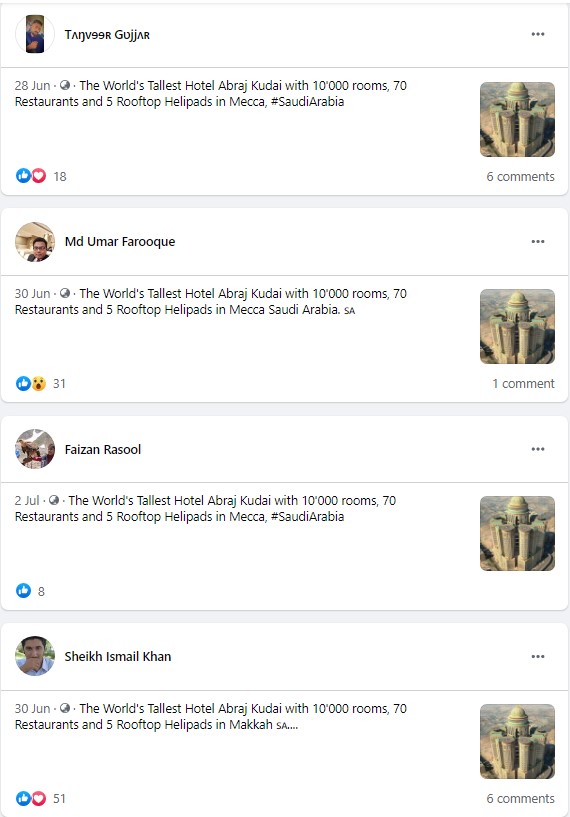 NewsMobile fact-checked the above post and found the claim shared with it to be false.

With the help of Reverse Image Search, we found this image in a report by The Quint from 2016. “10,000 Rooms and 70 Eateries: That’s World’s Biggest Hotel For You,” the headline read. 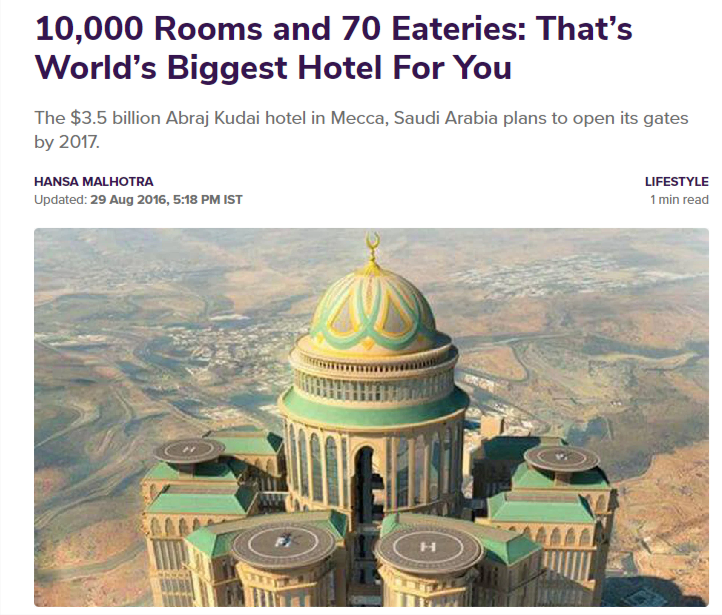 We also ran a keyword search and found multiple reports from 2021 stating that the tallest hotel, J Hotel Shanghai Tower, has opened in the Chinese metropolis. The hotel opened on June 19, 2021, and is 632 metres high. 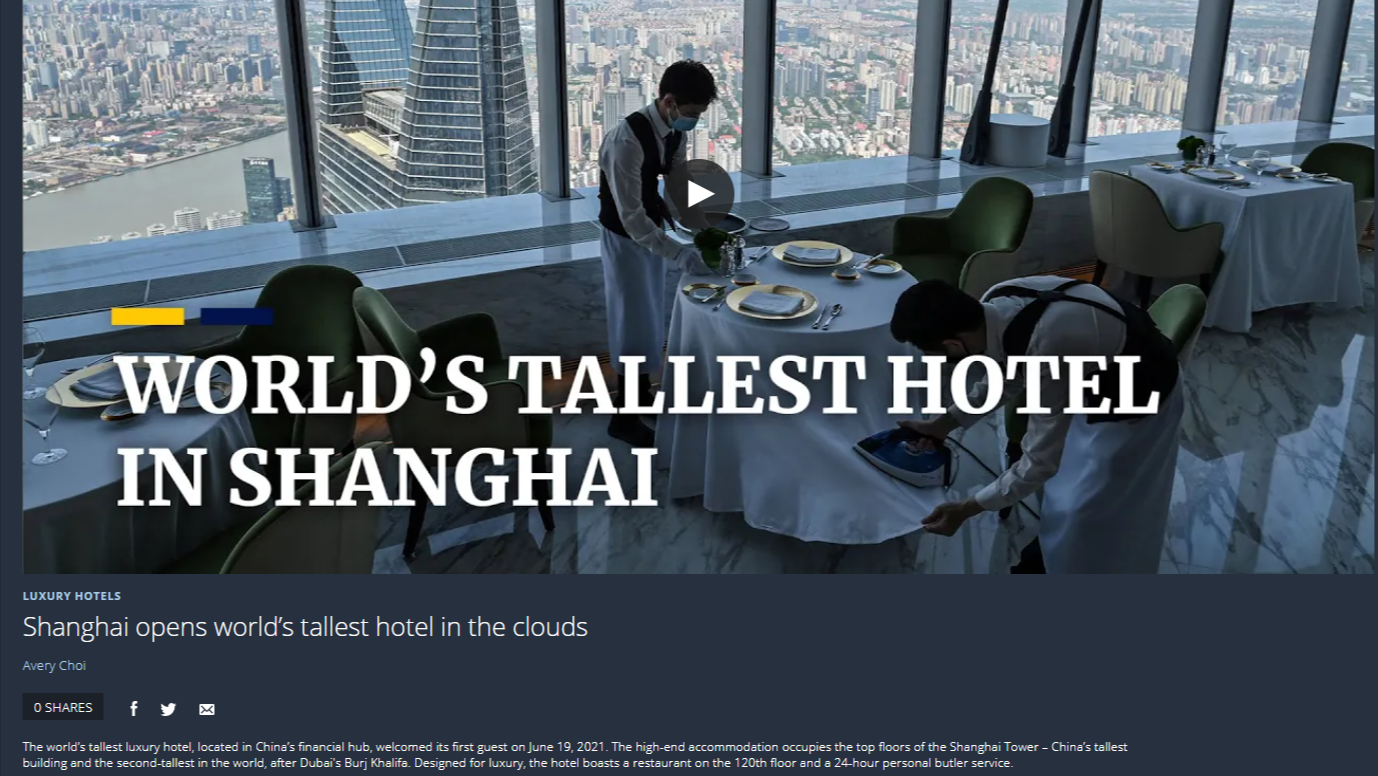 Other reports on the same can be seen here and here.

In conclusion, the claim that Saudi Arabia’s Hotel Abraj Kudai is the world’s tallest hotel is false and misleading.