Home Business Jeff Bezos To Step Down As Amazon’s CEO ; What Is Next...
ShareTweetGoogleWhatsappPrint
Mail

Amazon founder Jeff Bezos will officially step down from his role as chief executive on July 5.

Bezos, who had announced his decision to step down in February, will hand over the company’s reigns to Andy Jassy, who is currently the CEO of Amazon Web Services (AWS), reported CNN. The Amazon founder has been running the e-commerce giant for nearly three decades, making him one of the richest people in the world. Bezos will become Amazon’s executive chair. 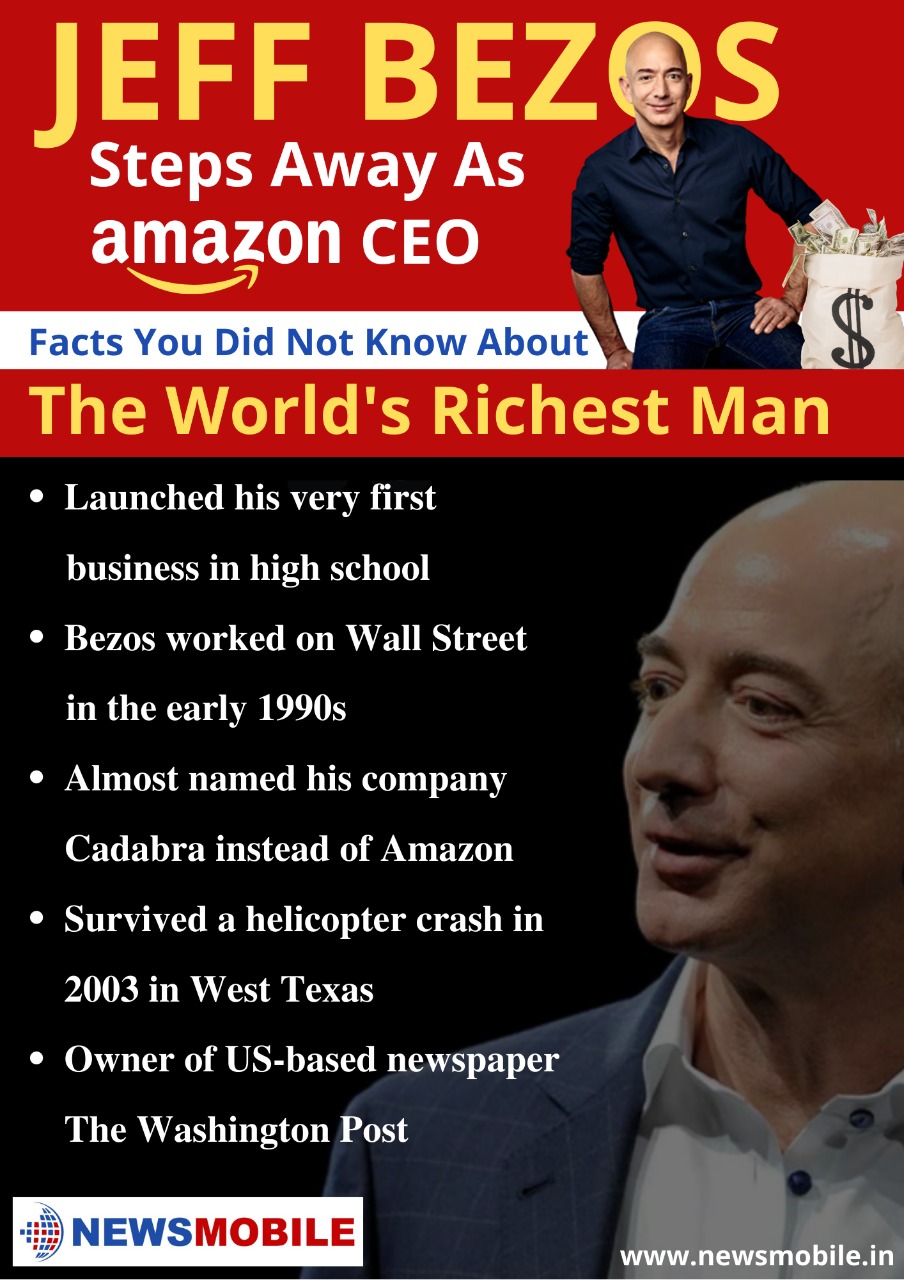 The timing is “sentimental,” Bezos said as July 5 is the date when Amazon was incorporated in 1994.
“I am very excited to move into the [executive] chair role, where I will focus my energies and attention on new products and early initiatives,” Bezos said on Wednesday, adding that he expects Jassy to be ‘an outstanding leader’.

Bezos had stepped back from much of the day-to-day business over several years, though the pandemic pulled him back last spring.

Meanwhile, Jassy will be replaced by Tableau CEO Adam Selipsky once he takes over the reigns of Amazon, the company had said in March.

During the shareholder meeting, Bezos was asked about the massive size of Amazon’s business, after the District of Columbia filed an antitrust lawsuit against the company on Tuesday, alleging that it has abused its market dominance in e-commerce to harm competition.

“I would say we face intense competition from well-established companies everywhere we do business, in every industry… [Retail is] a very healthy industry and it’s far from a winner-take-all situation,” said Bezos.

What Is Next For Bezos?

According to an Instagram post,  Dwayne “The Rock” Johnson and Jeff Bezos announced a movie deal for Amazon Studios.

The science fiction fan is planning a joy ride to suborbital space with his best friend and brother, Mark, this month, one recent post said.

In another, Bezos is driving an electric pickup truck developed by Rivian, an Amazon-backed business, over the desert wearing a cowboy hat to observe a rocket capsule land.

Bezos, who has invested billions of dollars in his firm Blue Origin to promote space tourism and infrastructure, has long been drawn to the final frontier.

The venture’s first crewed flight is to embark July 20, less than two weeks after Richard Branson’s Virgin Galactic to commence a new epoch of travel beyond earth.