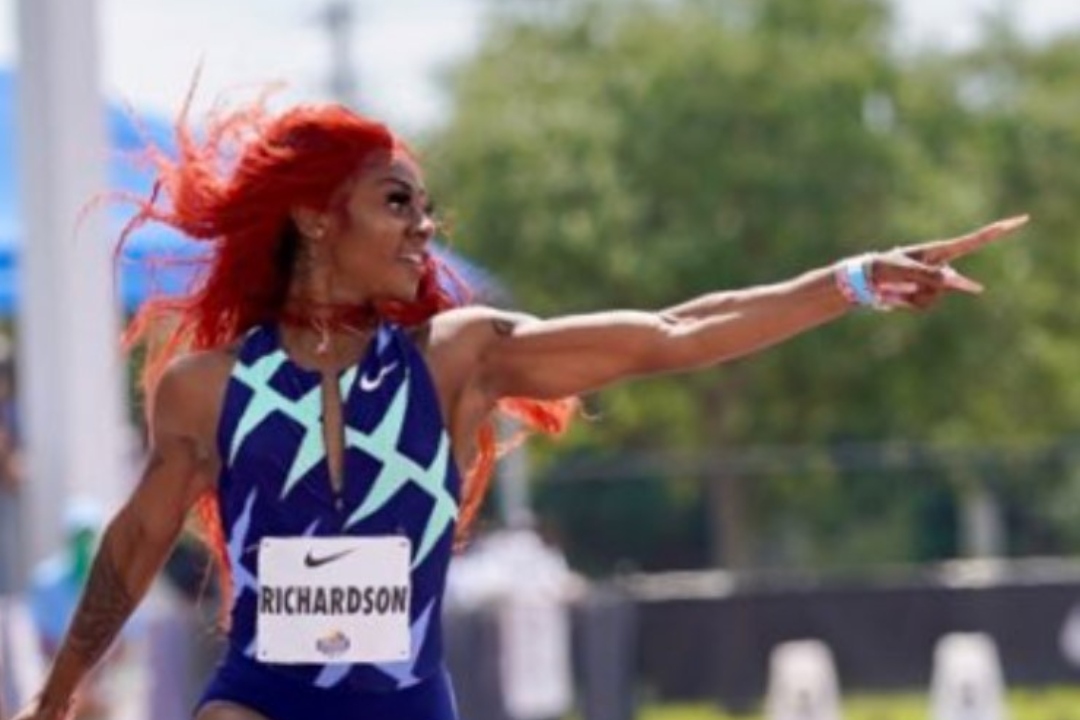 Sha’Carri Richardson, an American sprinter who is expected to be one of the greatest draws at the Tokyo Olympics, has agreed to a one-month suspension after testing positive for cannabis following her US trials victory in June.

The suspension was revealed by the United States Anti-Doping Agency (USADA) on Friday, however, the 21-year-old still has a chance to compete in the Olympic relay event.

Richardson claimed in an NBC interview on the Today Show on Friday that her actions came after learning of her mother’s death. “Like I tweeted yesterday, I’m human. We are human, I want to be as transparent as possible with you guys whether it’s good, whether it’s bad,” she said.

“But there will never be a steroid attached to the name Sha’Carri Richardson. The charge and what the situation was, was marijuana,” she added.

“Don’t judge me, because I am human… I just happen to run a little faster.”

Richardson proved her credentials as a strong gold medal candidate by winning the 100m in 10.86 seconds at the US Olympic trials when she received a positive test. The women’s 100m Olympic event begins on July 30, two days after Richardson’s ban ends. But her Olympic qualifying performances in the trials, which provide automatic spots to the first three qualified competitors in each event, would be affected by the unfavourable verdict.

“The rules are clear, but this is heartbreaking on many levels,” USADA CEO Travis Tygart said. “Hopefully, her acceptance of responsibility and apology will be an important example to us all that we can successfully overcome our regrettable decisions, despite the costly consequences of this one to her,” Tygart added.

Her suspension was lowered to one month by USADA since she had used cannabis outside of competition and it had no bearing on her athletic performance. She also passed a drug-addiction counselling programme with flying colours.

The USATF stated that it will assist Richardson with any mental health issues. It went on to say, “Sha’Carri Richardson’s situation is incredibly unfortunate and devastating for everyone involved.”

The World Anti-Doping Agency (WADA) prohibits the use of cannabis, but if athletes can show that it has no effect on their performance, they will be given a three-month sentence rather than the customary two or four years.

Richardson was in Oregon when she used the drug, where it is legal. “I know what I did, I know what I’m supposed to do… and I still made that decision,” she said.

Richardson ran 10.72 seconds in April, one of her five races under 11 seconds this season. She aims to become the first American woman to win the Olympic 100m gold since Gail Devers in 1996, and millions hope that she gets to live her dream.