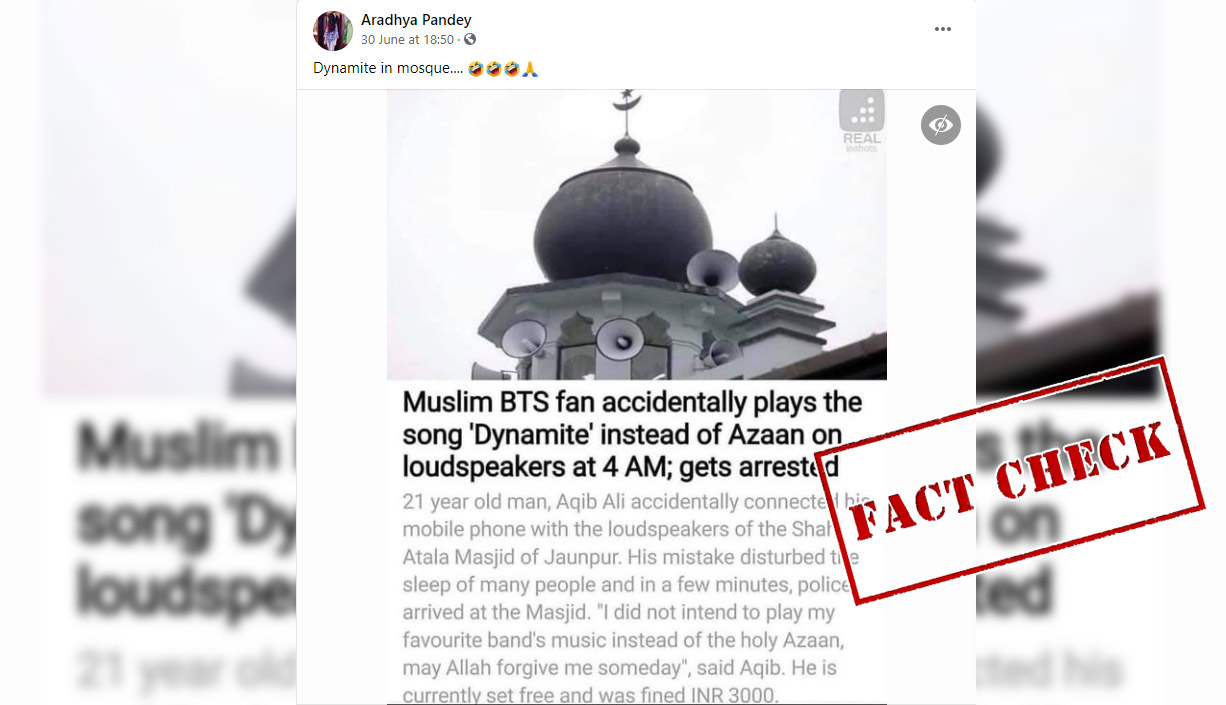 A screenshot of what seems like a news report is being shared on social media claiming that a man was arrested after he played a song by the famous South Korean boys band BTS instead of the azaan on a loudspeaker at a mosque.

The headline of the report read, “Muslim BTS fan accidentally plays the song ‘Dynamite’ instead of Azaan on loudspeakers at 4 am; gets arrested.” 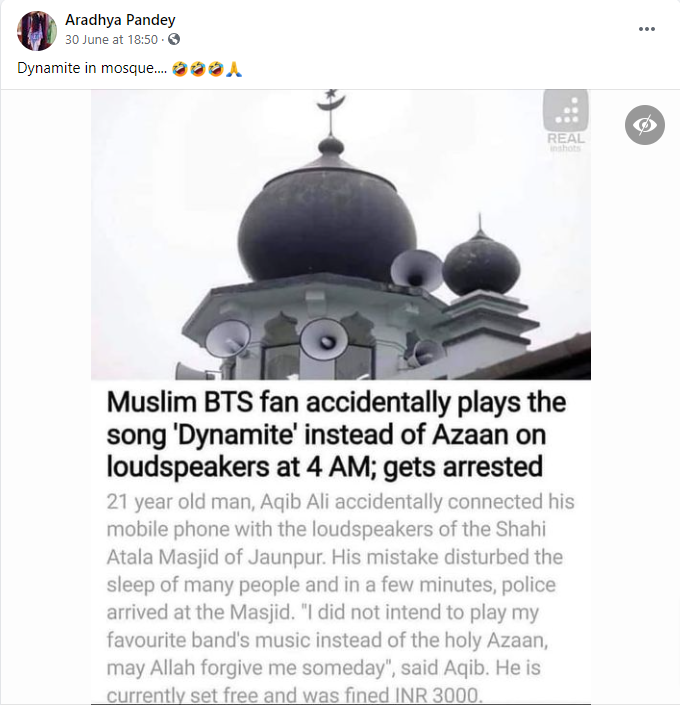 NewsMobile fact-checked the post and found out that it’s merely satire.

We checked the post carefully and noticed the logo of ”REAL inshots’ at the top right corner. 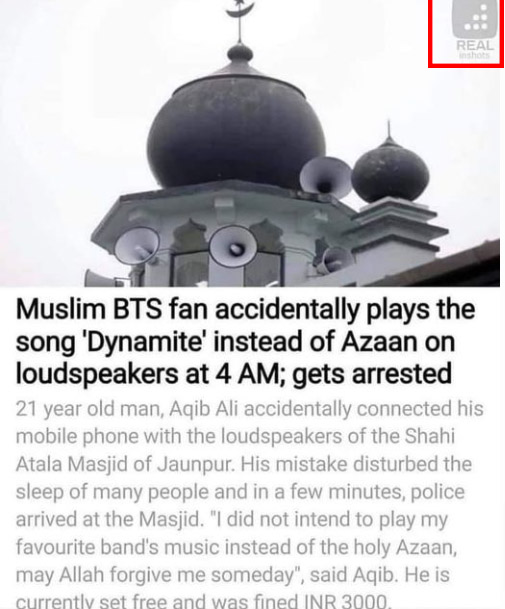 We ran a search and found their Instagram page where it was mentioned that the page is a  satire/parody page. “India’s foremost fictitious source of news,” the bio reads.

After the screenshot went viral, REAL inshots also ran a story highlighting and clarifying that the viral post is NOT real.

“NOTE: This post is very close to become viral and we just want to say that this is completely not a real incident. We are not responsible if someone interprets this as the otherwise or gets their sentiments hurted. Thousands of people still think that this real,” they posted. 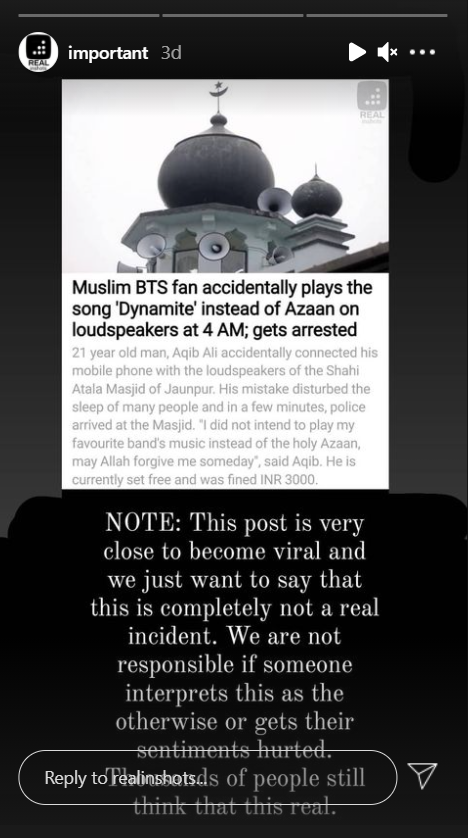 In a follow-up story, they also apologised for hurting the sentiments of the people. 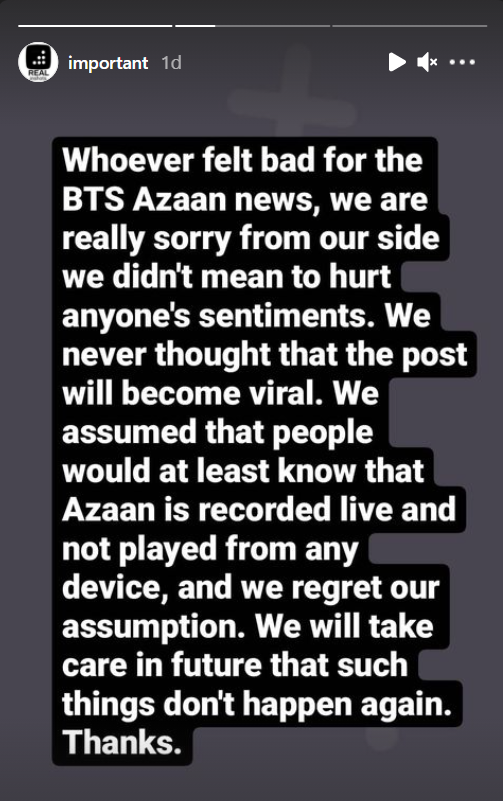 It is thus clear that the viral post is a satirical piece gone viral for the wrong reasons.