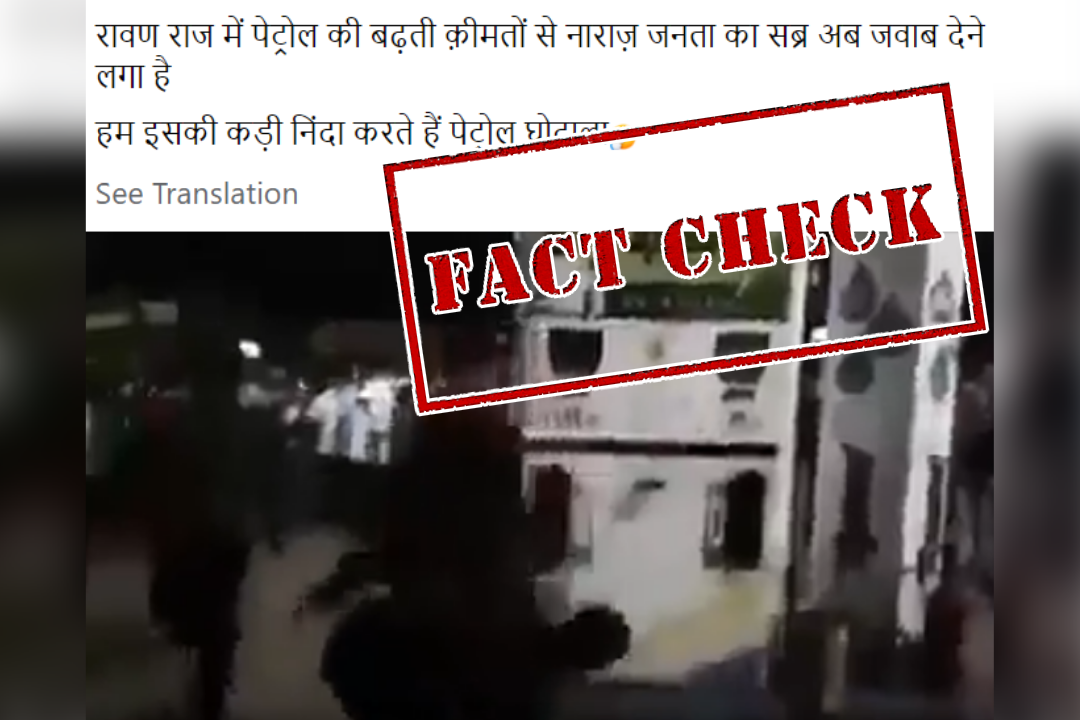 A video has gone viral on social media in which some people can be seen vandalizing a petrol pump. The police present on the spot is trying to stop them. The video is being shared with a claim that it shows an angry mob vandalizing the petrol pump due to the hike in petrol prices.

The video is shared on Facebook with a caption in Hindi that translates as follows, “The patience of the angry public due to rising petrol prices in Ravana Raj is running thin. We strongly condemn this.” 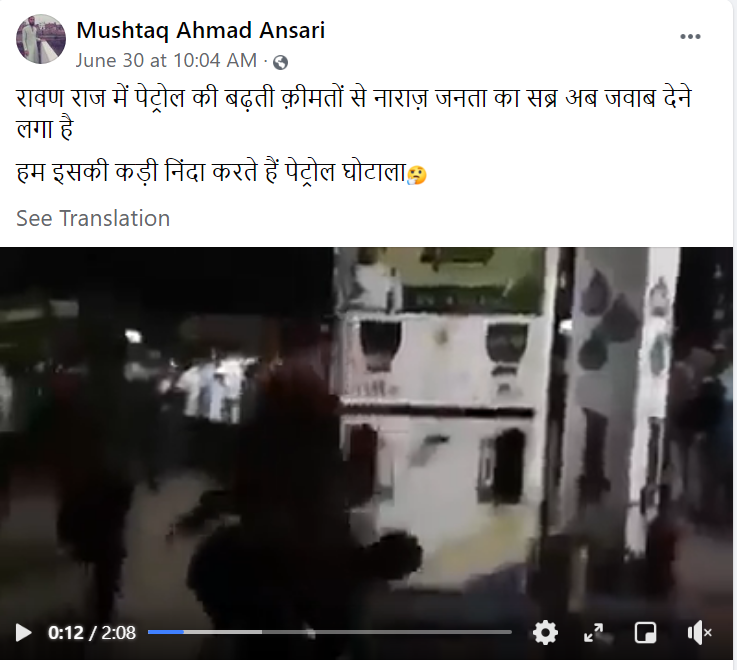 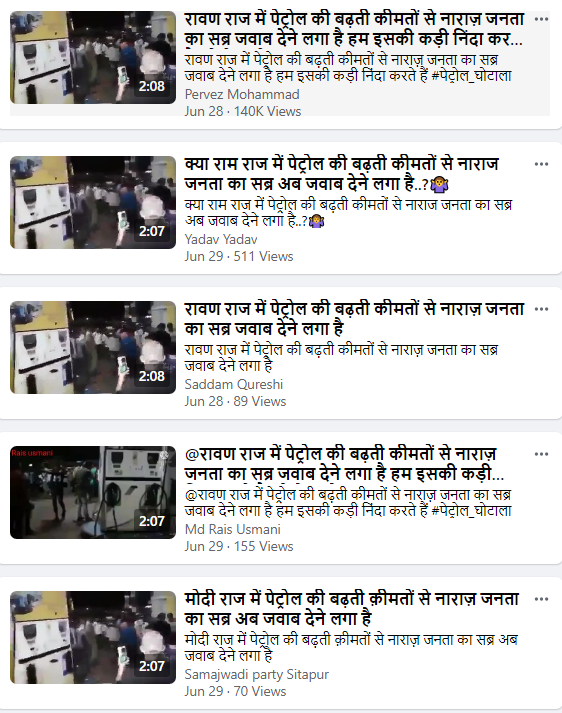 After carefully watching the viral video, we found something written in Odia language at the petrol pump. This gave us our first hint.

We did a Reverse Image Search on the keyframes from the video and found similar videos uploaded on the Youtube Channels of  Kanak News, Odisha Exclusive and Kalinga TV. All the reports were published in 2018 and stated that the video shows ruckus at a petrol pump in Puri over the cheap quality of petrol.

Taking a cue from this, we searched the web with relevant keywords and found many articles published in 2018 which also stated that a “Petrol pump ransacked in Puri for dispensing less fuel.” 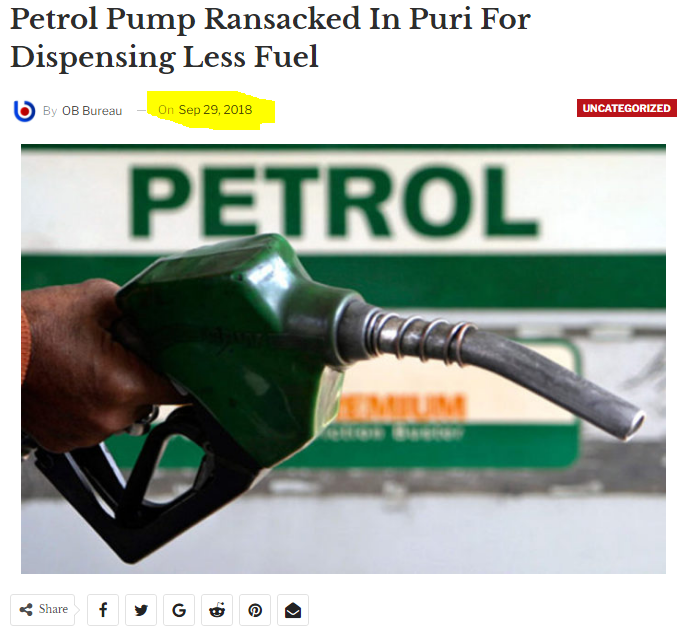 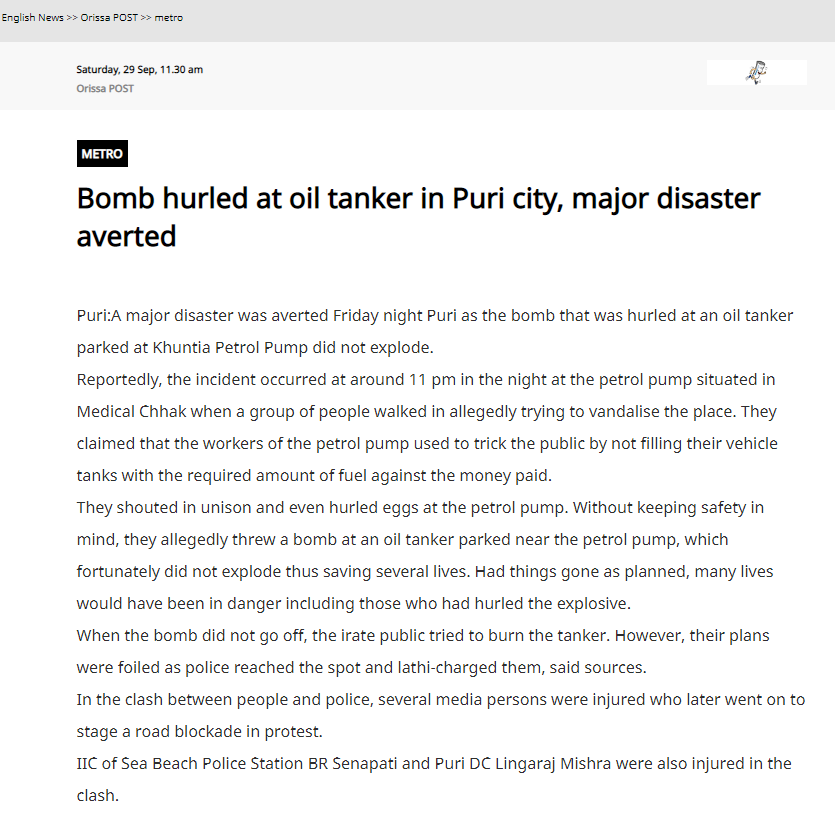 Thus, it is evident from the above information that an old video of vandalism at a petrol pump is being shared as a recent one.