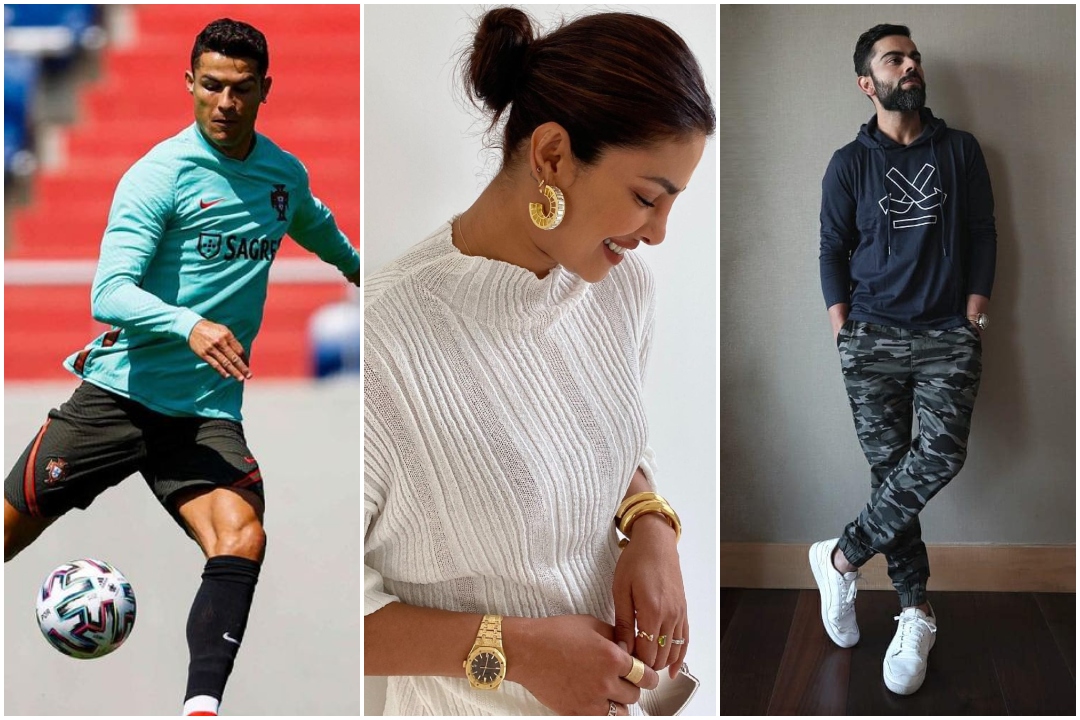 Actress Priyanka Chopra and Cricketer Virat Kholi get placed in the Top 30 Instagram Rich List 2021 on Hopperhq.com. PeeCee took the 27th spot in the Top 30, while Virat Kholi is at the 19th position.

They are the only Indians in the annually released list, which ranks the celebrities, sports personalities and influencers based on the price they charge for the promoted post on their Instagram profile.

Christiano Ronaldo has topped the list, earning RS. 11.3 crore from each sponsored post, followed by Daywne Jhonson and Ariana Grande.

Kholi and the team had thier last match with New Zealand in the WTC final. The Indian team is now preparing to face Sri Lanka in three ODIs and three T20Is in July. The Captain on Instagram posted the photo of his team and wrote, “This isn’t just a team. It’s a family. We move ahead. TOGETHER” calling the team his family.

Priyanka Chopra has 65 million followers currently. Chopra announced her kickstarter journey as the Global Ambassador of Max Factor through her Instagram post on Thursday. The actress has promoted various products in recent months through Instagram.

Chopra was last seen in ‘The White Tiger’ and ‘The Sky is Pink’. She is currently working on ‘Text For You’ and ‘Matrix 4’ apart from a big fat Indian wedding comedy with Mindy Kaling.