COVID19: Reviving The Tourism Industry; The Impact Of Pandemic And The Way Forward | Newsmobile
Friday, June 24, 2022

Home Big Story COVID19: Reviving The Tourism Industry; The Impact Of Pandemic And The Way... 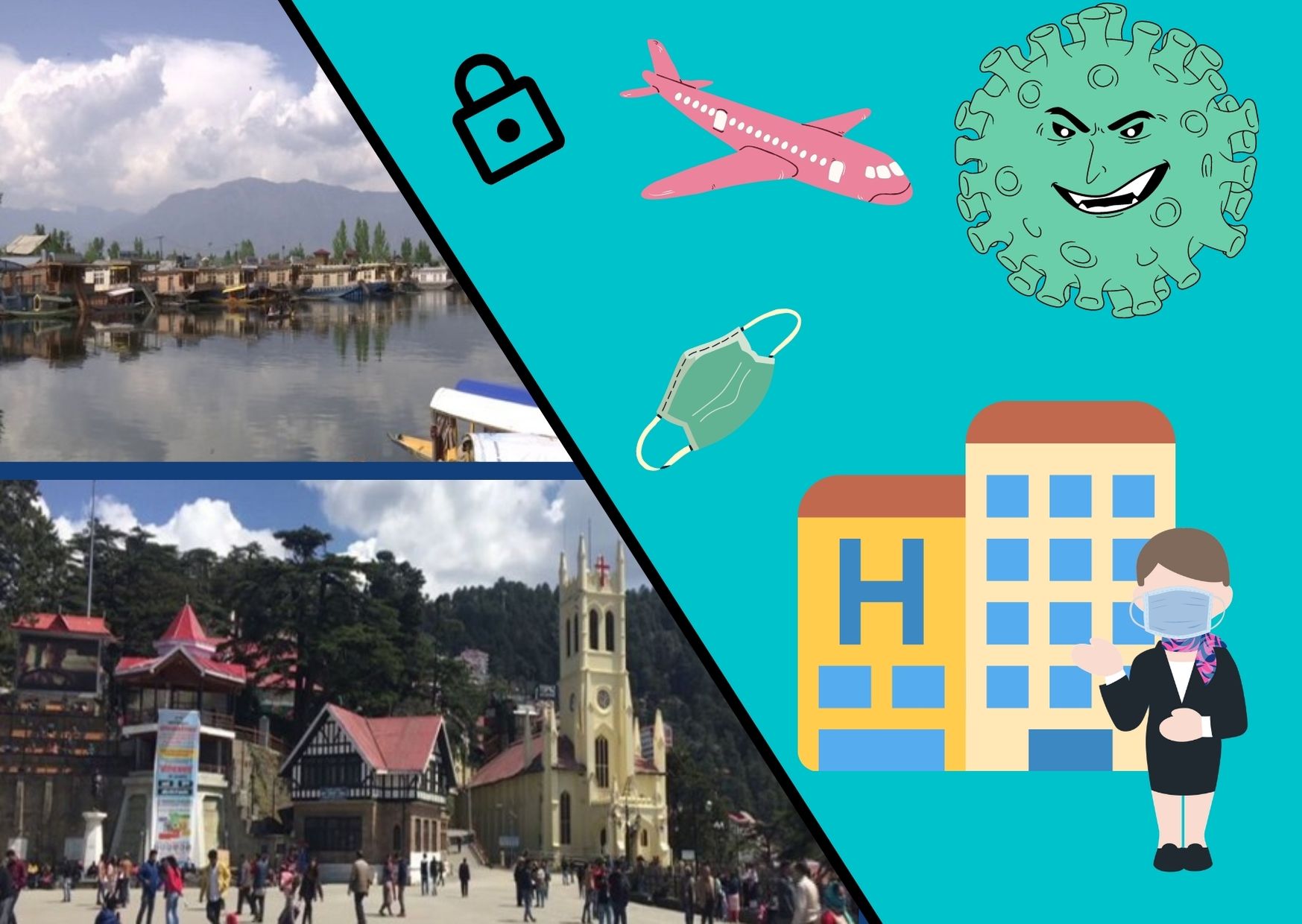 Travel and Tourism is one of the many industries that came to near a standstill due to the Coronavirus pandemic that hit the world at large. However, the industry started picking up pace from November last year as restrictions eased up but the second wave has derailed it again. As per sources, over 4 million jobs have been lost in this sector.

The United Nations in January called 2020 “the worst year in tourism history”.

The hospitality sector is among the worst-hit. After the early lockdown shock of the first wave, the sector took fledgling steps towards recovery, particularly after September 2020, when cases started to drop significantly. But since March-end, the sector is shell-shocked again. The second wave has been disastrous for it.

Lockdown-like restrictions and fear of travel or dining out has battered India’s $10 billion hospitality industry that employs 35 million people.

The Federation of Hotel and Restaurant Associations of India (FHRAI) said the hotel industry has taken a hit of over Rs 1.30 lakh crore in revenue for the fiscal year 2020-21 because of the pandemic.

While speaking to NewsMobile, travel industry veteran and former Secretary of FAITH (Federation of Associations in Indian Tourism & Hospitality), Subhash Goyal said that this is the worst crisis for the hospitality industry and it is very difficult for businesses to survive.

“At Least 10 million have lost their jobs. Other industries are still getting business. International tourism is finished and it is very difficult for businesses to survive. In other countries like the UK, Germany, and Canada, and countries that were dependent on tourism, the government has given subsidies. But the Indian government has done nothing.”

“We asked for a waiver, soft loans for 10 years but nothing was done. We also asked the state government during the lockdown period to waive off loans and excise for hotels and restaurants, which was only done by one or two states,” he added.

He further stated, “Tourist visas should be given to the vaccinated population and international flights should be started to the countries with whom we have agreements. If steps like these will be followed, then the only industry can survive, otherwise, it(tourism industry) will die its natural death.”

From budget hotels to luxurious and boutique properties, all are struggling to keep their business alive.

The Sales Head of Hilton Garden Inn, Lucknow told NewsMobile, “Business of our hotel has been drastically affected by the pandemic. Our business was majorly dependent on foreign and business travel which has stopped now. Now we are totally dependent on domestic level travelers.”

“After the first wave, when lockdown restrictions were eased up in September-October, we recovered and almost the business was at pre-pandemic level. However, the second wave has hit us hard. Even the local travellers are not coming for ‘staycation’ as before,” he added.

During peak season, these hotels were flooded with domestic as well as international tourists. However, during COVID their shutters are lowered.

Several hoteliers in Karnataka are planning to shut their establishments down, as they are unable to run the business with zero revenue due to the pandemic-induced lockdowns. Domestic tourism nosedived during the lockdowns, The Hindu also reported.

The report quoted Mysuru Hotel Owners’ Association President C. Narayanagowda, who said, “So far, there has been zero relief to the hotel sector barring some relief given for paying the excise license renewal fee. Yet, the industry has pinned hopes on the government. We are offering takeaways and home delivery amidst difficulties and losses. What we are asking is some support like other sectors have been getting. However, the response so far from the government has been half-hearted.”

“The lockdown has killed our business. Though our owner didn’t lay off many employees, there have been huge losses,” said Viren Kataria, the manager of the City Hotel in Delhi.

Budget accommodations on hills that required pre-booking months in advance during normal days, has seen less than half of the bookings in 2020-21 combined, than what they would generally get in a month in peak season.

Vinod Negi, owner of ‘The Meadows’, a resort in Uttarakhand’s Chopta district, said that this resort is their only source of income and due to the pandemic, they are now switching to farming as their alternate income source.

He said, “We opened our property in 2015 since then we used to get a lot of bookings in summers and winters both. However, due to the pandemic, our resort was shut for 7 months last year. This year also, our resort has been closed since March. This was our only business and we are now trying other things to generate income.”

The Way Forward? Homestays are getting popular

However, the pandemic is undoubtedly paving the way for a new adaptation as there is still demand for local domestic travel. As soon as the restrictions are loosened, people are likely to start with road trips and will opt for vacation rentals, and homestays over hotels as they are perceived to be contactless, cleaner, and more isolated than hotels.

Smriti Singh, a travel blogger, said that travel has changed for her as she now looks for small properties for accommodation where there are fewer people so that social distancing can be maintained.

“Earlier, I did not think much about where I am staying but now, we as travellers have to. I generally do budget trips so now I look for homestays because they are in my budget and are also more isolated than hotels.”

According to a recent report, hoteliers in Kullu-Manali are facing a serious challenge as the unregistered homestay units in villages are providing accommodation to tourists.  The tourists are coming to Manali but the room occupancy is negligible. The reason is that they are going to villages and staying in illegal/unregistered units.

Airlines and other sectors

Needless to say, the pandemic and its uncertain future have caused a dent in all the sectors including transportation, and other connected sectors such as travel agents and tour organising companies.

Now, in order to reduce travel hesitancy and also to ensure the safety of their employees, Airlines in India are operating with a fully vaccinated crew.

Union Finance Minister, Nirmala Sitharaman, has announced certain steps to ensure the survival of the Covid-ravaged tourism sector as part of an economic package to revive the sector.

The government has announced 5 lakh free visas for tourists, once visa issuance is restarted. The benefit will be available only once per tourist. The scheme will be applicable till 31st March 2022, or till 5 lakh visas are issued, whichever is earlier.

Other measures, including a new loan guarantee scheme for 994 travel and tourism stakeholders (TTS, as recognized by the Tourism Ministry) and 10,700 regional- or state-level licensed tourist guides have also been announced.

Hopefully, this should help revive the tourism industry, which till the pandemic hit, was a successful sector that not only boomed in India but also provide livelihood to many.