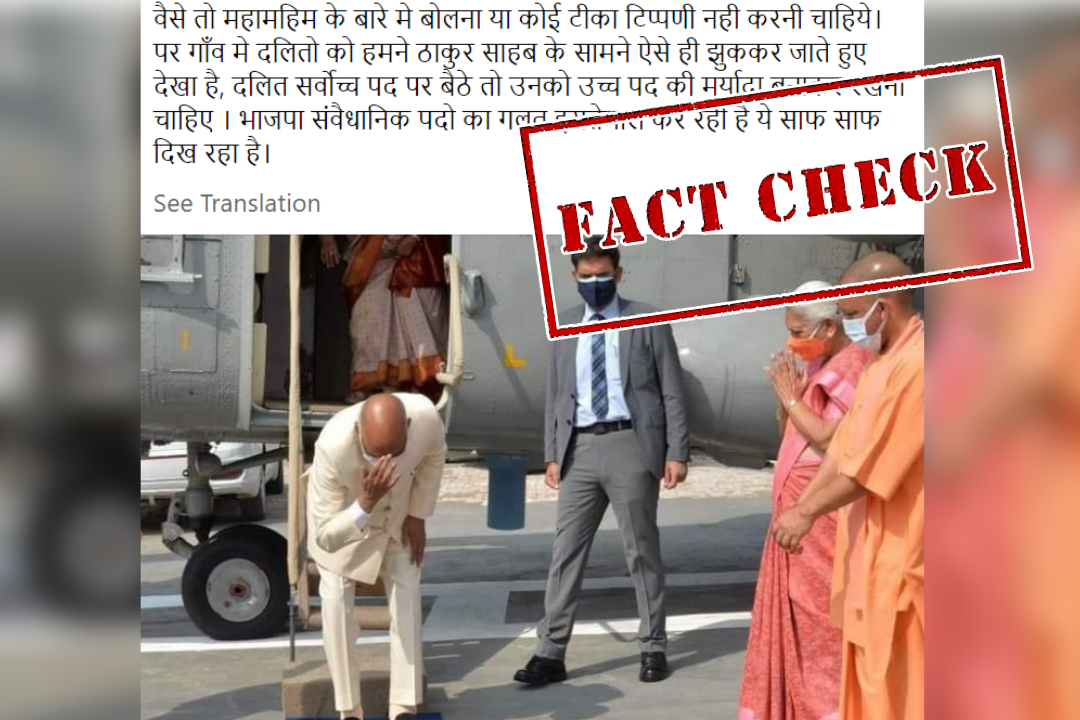 An image has gone viral on social media in which President Ram Nath Kovind can be seen touching his forehead with his hand in a bowed down position while UP Chief Minister Yogi Adityanath and UP Governor Anandiben Patel can be seen standing on his left. The caption of the image suggests that the President, who belongs to the Dalit community, was bowing down to the UP CM Yogi Adityanath.

The post is shared on Facebook with a caption in Hindi that translates to, “By the way, one should not speak or comment about your excellency. But in the village, we have seen Dalits bowing down before Thakur Saheb like this, if Dalits sit on the highest post, they should maintain the dignity of high position. It is clearly visible that BJP is misusing Constitutional posts.” 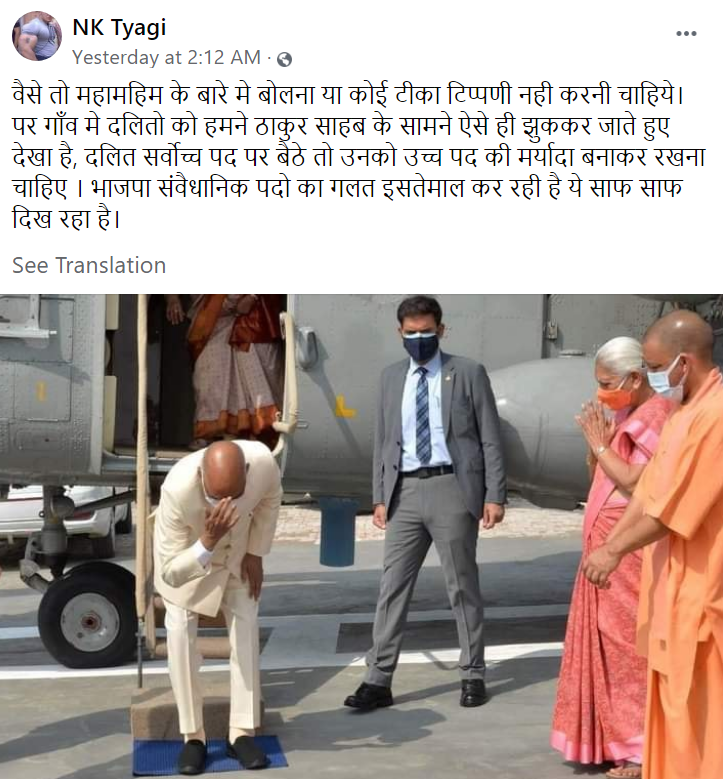 A simple Reverse Image Search directed us to a tweet posted from the official Twitter handle of the President of India on June 27 with a caption that reads, “In a rare emotional gesture, after landing at the helipad near his village, Paraunkh of Kanpur Dehat district of Uttar Pradesh, President Ram Nath Kovind bowed and touched the soil to pay obeisance to the land of his birth”.

In a rare emotional gesture, after landing at the helipad near his village, Paraunkh of Kanpur Dehat district of Uttar Pradesh, President Ram Nath Kovind bowed and touched the soil to pay obeisance to the land of his birth. pic.twitter.com/zx6OhUchSu

The picture was carried by several media outlets in reports stating that the President had bowed down to his birthplace in an emotional gesture. 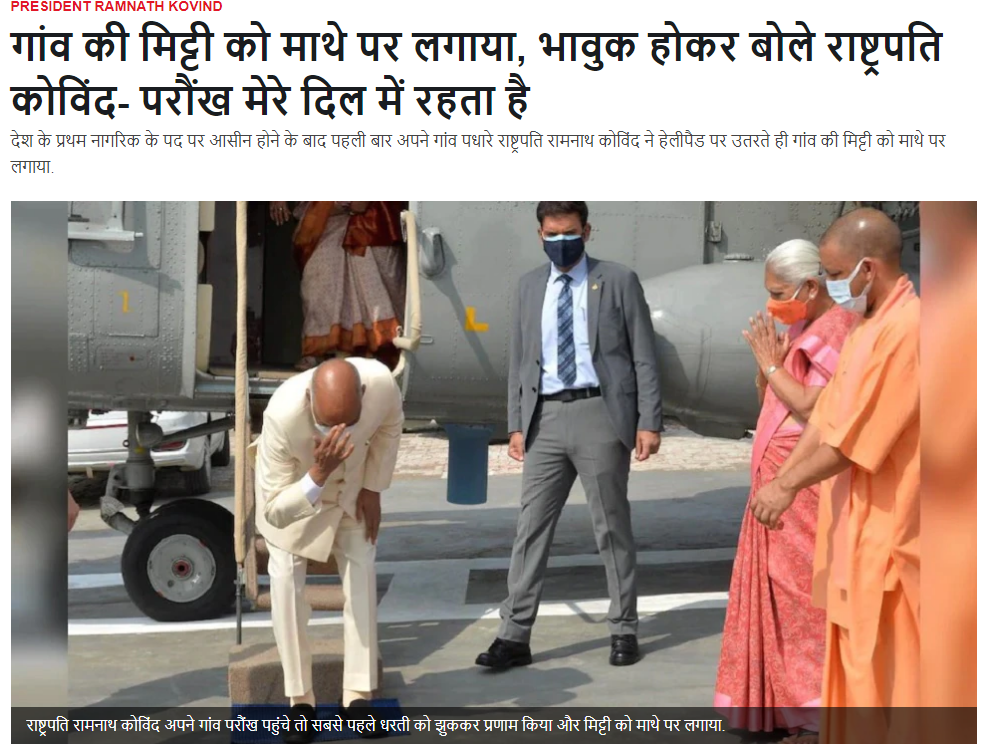 Another report states, ‘President took a bit of the soil and applied it on his forehead, supposedly as a sign of reverence for his native land’. The report further quoted the President as saying, while speaking at a public address in Kanpur Dehat, “As far as I have reached today, the credit goes to the soil of this village and the love and blessings of all of you”. 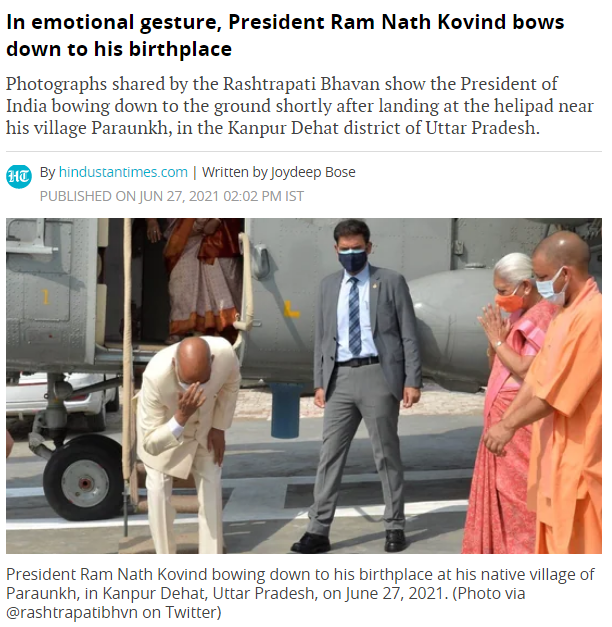 Searching further, we also found the President’s speech wherein he is addressing a Jan Abhinandan Samaroh in Paraunkh village. At the timestamp of 41.20, Kovind says, “And that’s why when I got down from the helicopter today, the first thing I did was to pay obeisance to my motherland and bow down to her.”

Thus, it is evident from the above information that the image of President Ram Nath Kovind paying homage to his birthplace is being shared online with misleading claims.