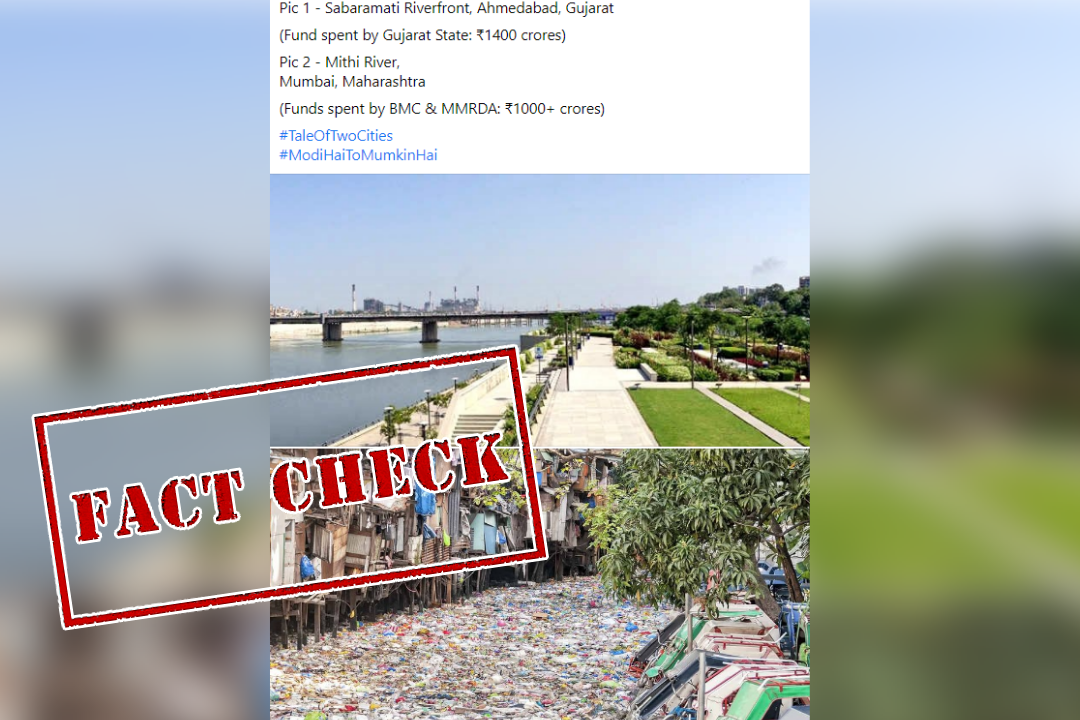 A post with a set of two pictures is going viral on social media. The post claims that one image shows a clean Sabarmati riverfront in Ahmedabad and the other shows garbage choked Mithi River in Maharashtra. 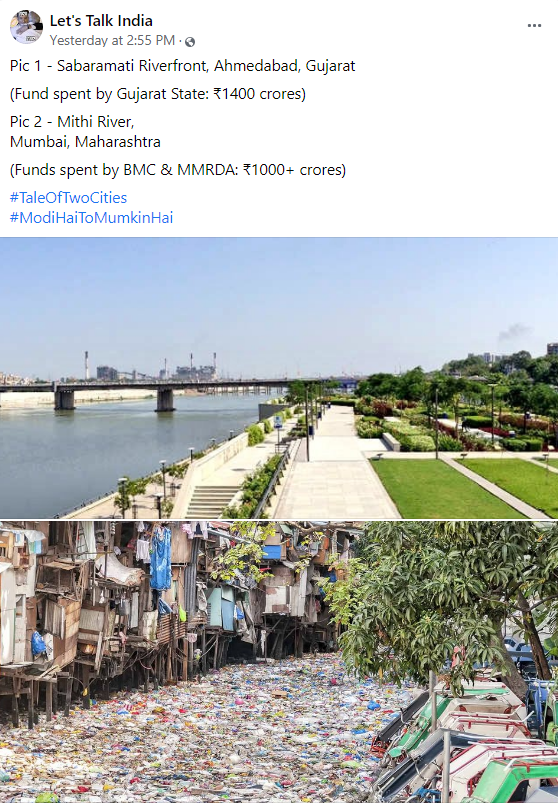 We checked both the images individually and found the following:

IMAGE 1
Doing a Reverse Image Search of the first image, we found the original image in a photo story article by The Economic Times published on November 18, 2013. 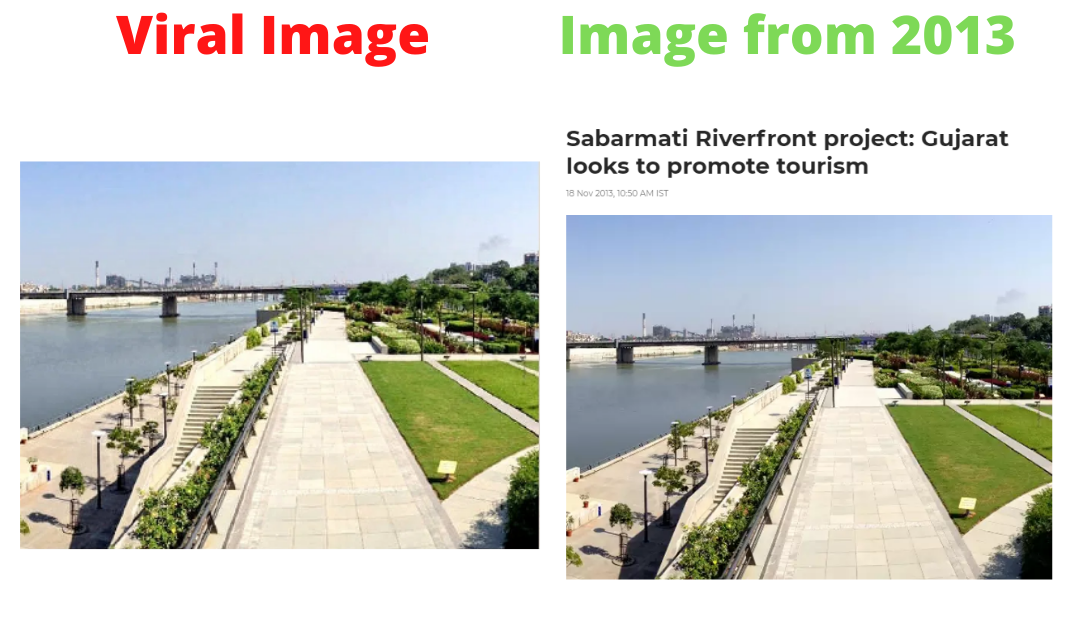 However, in a report published in January 2021, The Hindu quoted environment and forest ministry data to say that Sabarmati is among the most polluted rivers in the country.

IMAGE 2
Next, we did a Reverse Image Search on the second image and found the photo in a 2019 tweet from Norwegian diplomat Erik Solheim sharing a BBC article.

Poorer communities in the developing world bear the brunt of plastic pollution. Could a new digital payment system spark a clean-up revolution? Promising innovation in Manila, the Phillippines. 🇵🇭https://t.co/axjunn9Ued pic.twitter.com/ZmPDlfaboq

The BBC article uploaded in 2019 about a ‘new digital payment system to clean up the environment’ shares the same picture with the caption, “Many of the poorest communities is the most affected by plastic waste”. The photo credit has been given to Getty Images. 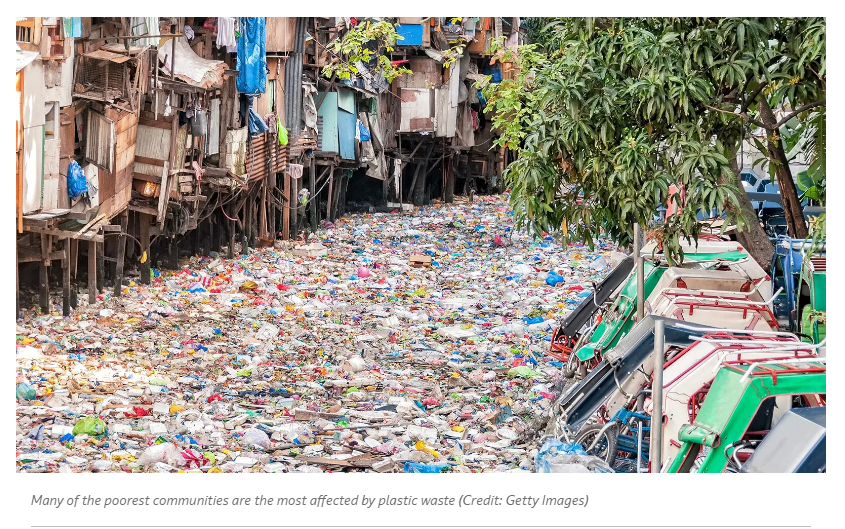 We also found the same photo in an article published in Lonely Planet mentioning it as a stock photo. The caption with the picture reads, “Shanties on stilts standing on a polluted river in the Philippines”. 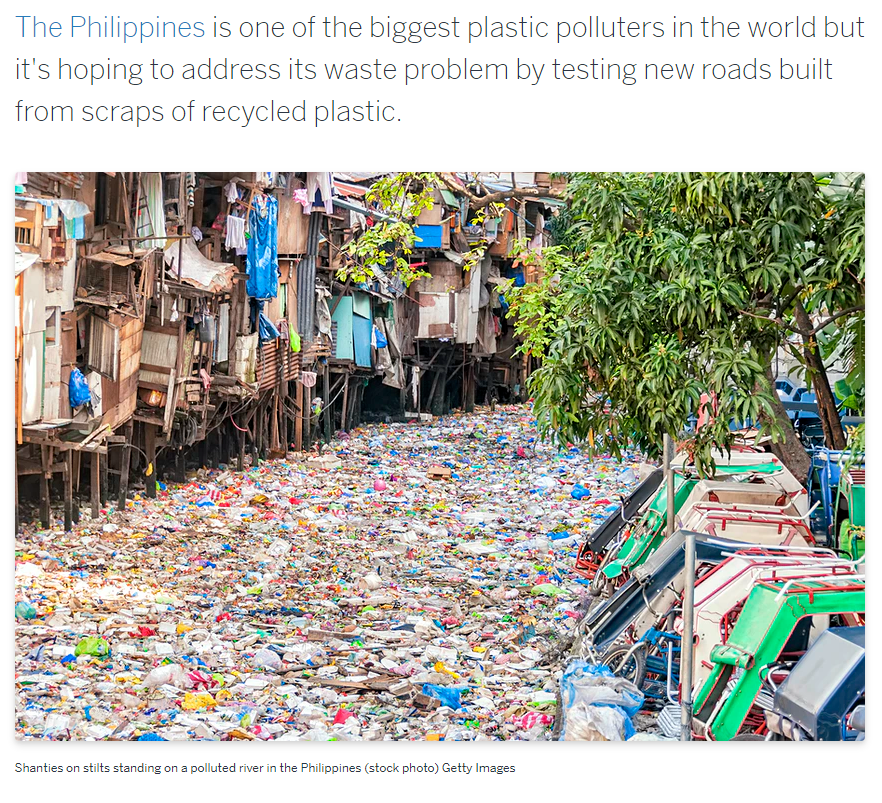 Furthermore, we did a keyword search and found the same image on the stock photo website Shutterstock. 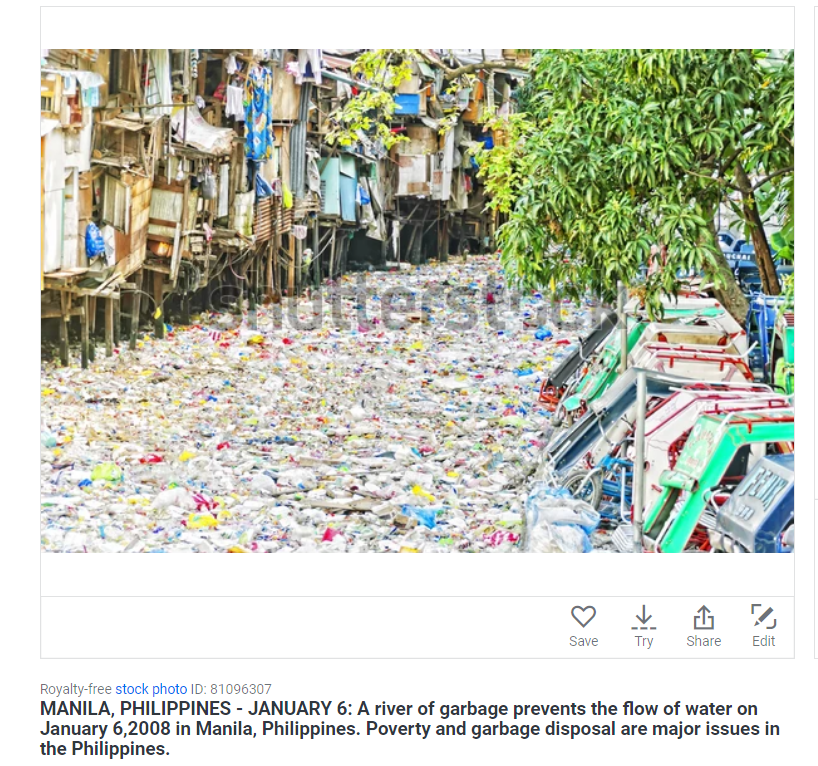 The photo has a caption that reads, “A river of garbage prevents the flow of water on January 6, 2008, in Manila, Philippines. Poverty and garbage disposal are major issues in the Philippines”.

Thus, it becomes evident that an image of a plastic-covered river from the Philippines is being shared as Mumbai’s Mithi River.

Although, there are many images that show Mithi River in abysmal condition. 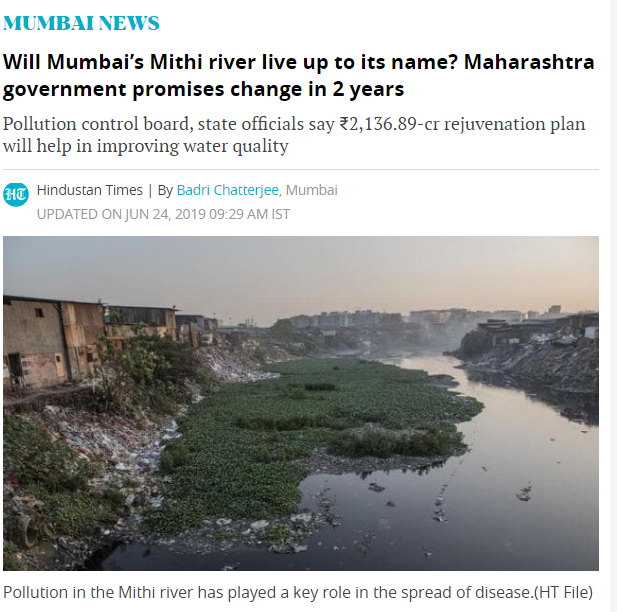 In a Tweet published on June 9, 2021, by news agency ANI, a video is shown where, due to heavy rainfall in Mumbai, water from overflowing Mithi river entered nearby localities in the Kurla area.

#WATCH | Maharashtra: Due to heavy rainfall in Mumbai, Mithi river overflows and its water enters nearby localities in Kurla area

“The ground floor of our building is waterlogged. It happens every year,” says a local pic.twitter.com/hLaiGrwe2Q

As reported by Hindustan Times in June 2017, the water at the mouth of Mithi river and at Versova beach was found to be the dirtiest, with pollution levels almost 13 times above the safety limit. The assessment was made by the Maharashtra Pollution Control Bound.

In February 2019, The Hindu reported about some volunteers who had removed over 1 lakh kg of plastic and a similar amount of hyacinth from a 350-metre patch of the Mithi river.

Hence, from the above information, it is clear that the viral post is misleading.