Fact Check: No, McDonald’s Did NOT Say That It Would Not Hire People Who Have Traded Cryptocurrencies | Newsmobile
Saturday, December 10, 2022

Home NM FACT CHECKER Fact Check: No, McDonald’s Did NOT Say That It Would Not Hire... 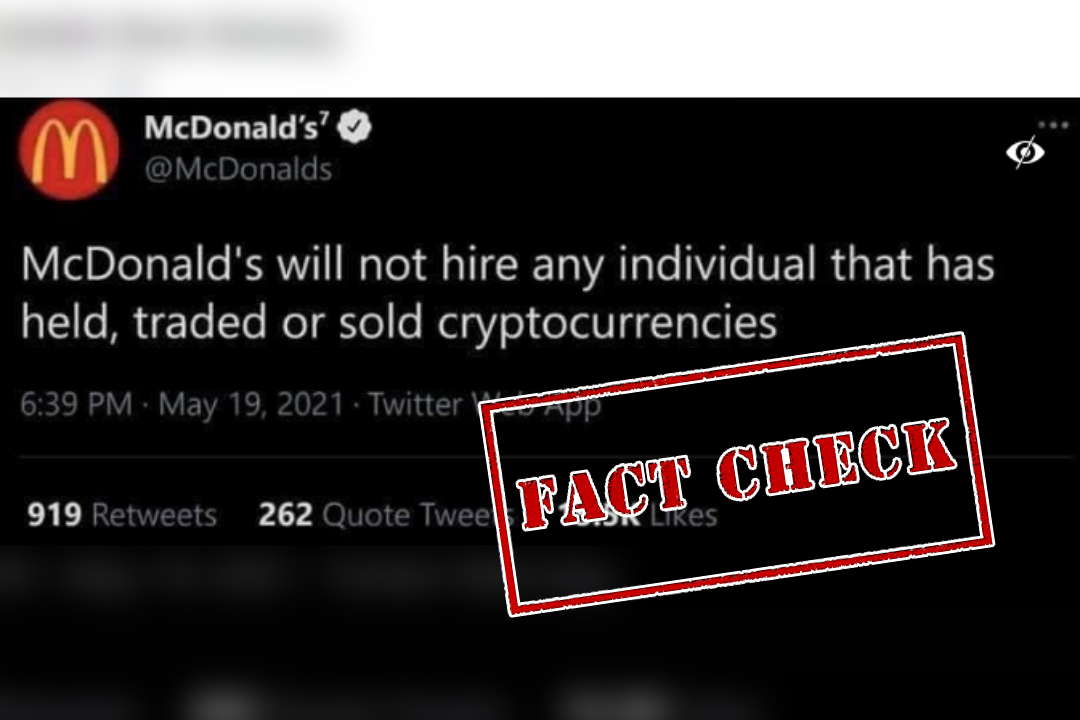 A screenshot of a purported tweet posted by McDonald’s is being widely shared on social media claiming that the company would not hire anyone who has held, traded or sold cryptocurrency.

The post is shared on Facebook with a caption that reads, “Bad news folks, McDonald’s isn’t gonna hire us.” 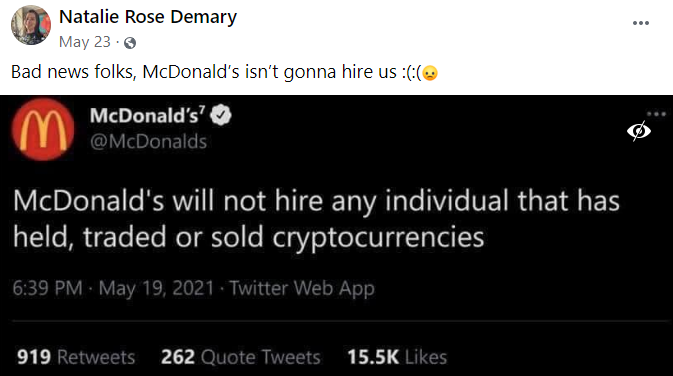 We searched the web with relevant keywords but could not find any credible media report corroborating the viral claim. 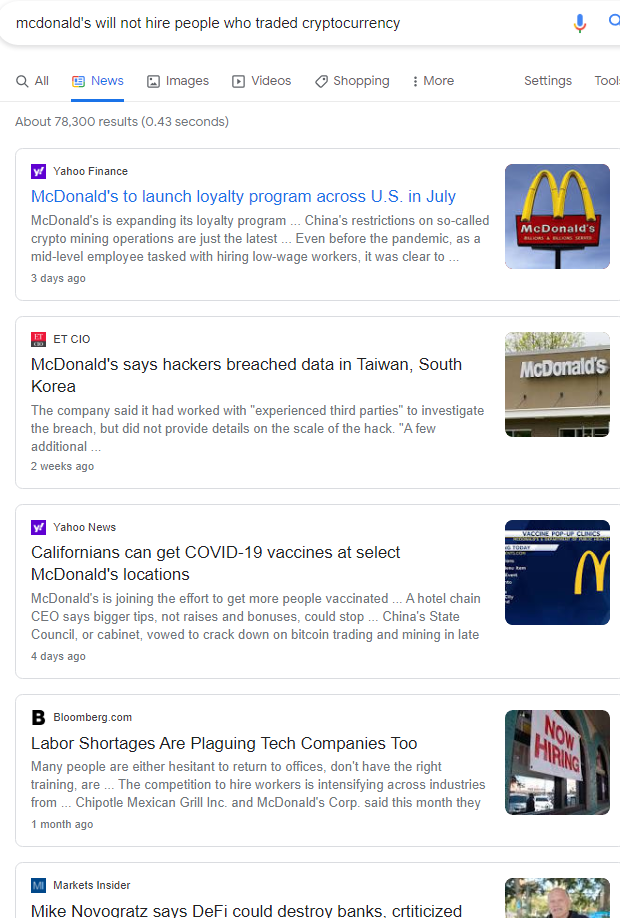 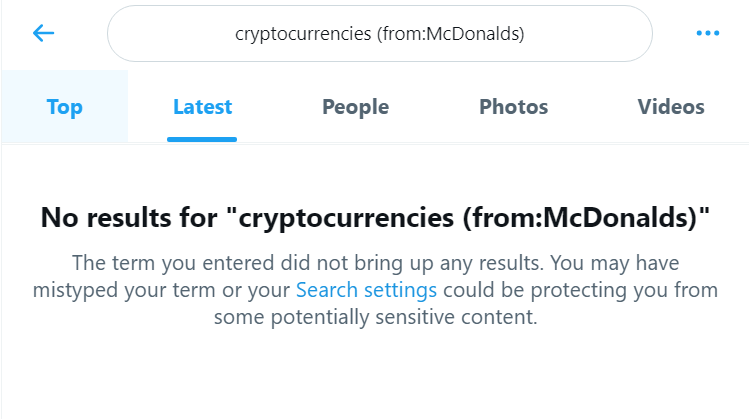 Archived screen grabs of the account from May 19, the day the alleged tweet was sent, show no instances of the company saying it will not hire people who trade cryptocurrency.

We also searched McDonald’s website but could not find any policy banning people who buy, sell or trade cryptocurrency. Had such a large company instituted this hiring policy, media outlets likely would have reported on it, yet none have.

Speaking to Check Your Fact, McDonald’s replied that, “this is a fake post and not published from an official McDonald’s account.”

Thus, it is evident from the above information that McDonald’s has not published any such tweet that the company would not hire anyone who has held, traded or sold cryptocurrency. The viral claim is FALSE.