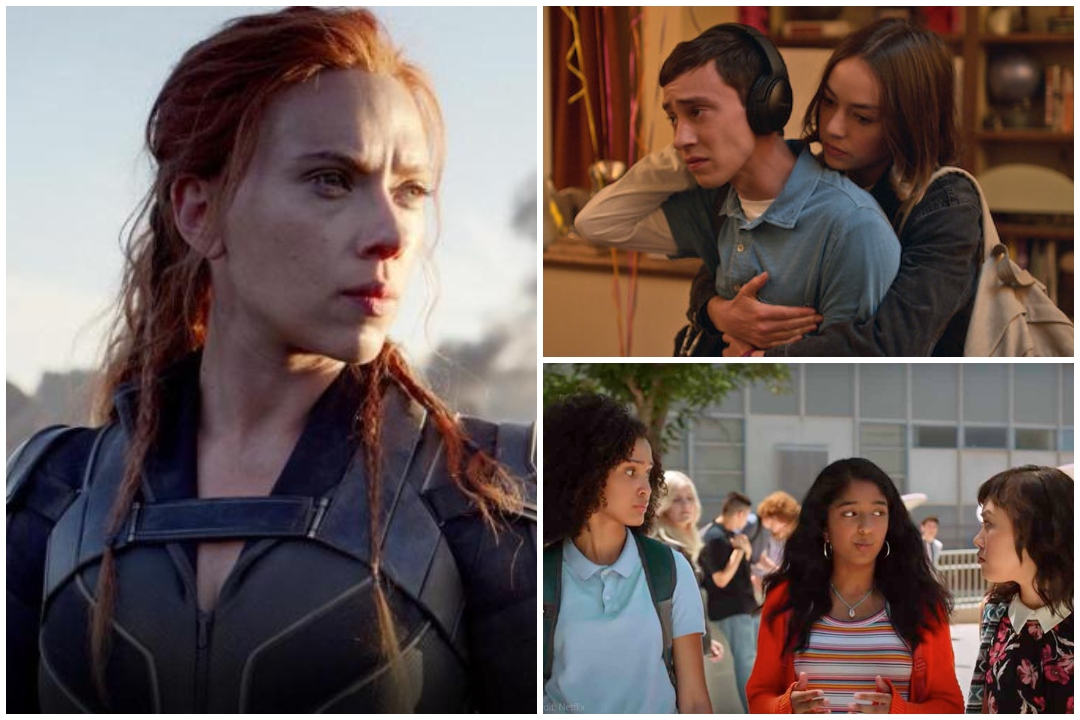 July is here! Still, thinking about what to binge-watch in the coming month? We have a list of shows/movies available on Amazon Prime, Netflix, and Disney+Hotstar.

Some of the major releases on Netflix

From the second season of ‘Never Have I Ever’, showcasing the full-on drama in the life of an Indian-American Teenager Devi to ‘Black Widow’, a story of a freelance operative who is all set to break records, Netflix has something for everyone in the bank!

Helmed by Cate Shortland with a screenplay penned by Eric Pearson, Black Widow is set after the events of 2016’s Captain America: Civil War in which the former Russian spy found herself on the run from the law after helping Steve Rogers and Bucky Barnes. The film will explore her past with the KGB and the infamous Red Room.

In the second season, John B realizes the disappearance of his father interlinked with local rumours about a treasure.

As the relationship between Mel and Jack excites, the fans get impatient to discover the rest of the adventure. The season 3 teaser has already teased its fans! The show is to premiere on 9 July on Netflix.

The series follows the story of Mel, who is a midwife and nurse practitioner who is working in northern California’s remote town in the Virgin River.

The show focuses on the life of Autistic 18-year old boy Sam Gardener who decides to have a girlfriend. The atypical fourth and final season will be released on July 9.

Maitreyi Ramakrishnan starrer coming-of-age comedy series ‘Never Have I Ever’ season 2 will be streamed on July 15.

The question of who will Devi choose has its fans live in curiosity, which makes the series most awaited on Netflix. The story is about to get messy with one nerd and two hot boys as the trailer predicts.

Netflix is not only having series for you to binge-watch but have movies upcoming.

The story based on RL Stine’s best horror series, the ‘Fear Street’ trilogy is going to premiere in July.

After a series of brutal killings, a teen girl and her friends take on an evil force that plagued their notorious town for centuries.

Netflix recently has also revealed the first look of season 3 of Sex Education to be released in September this year with Q-Force, Kate and many more. The third season of sex education is highly anticipated, the Netflix on their social media shared the pictures from the upcoming season!

Some of the major releases on Netflix

Only Lovers Left Alive was originally released in 2013 but drops on the Amazon Prime Video streaming service on Thursday, July 1.

The film follows vampire couple Adam and Eve, both struggling with mental health problems and watching as life ticks by.

Hellboy follows the story of a demon, who is conjured up and rescued from Nazi rule following World War Two.

The Nazis attempt to use black magic to help their ailing cause, but this demon is a defender against it.