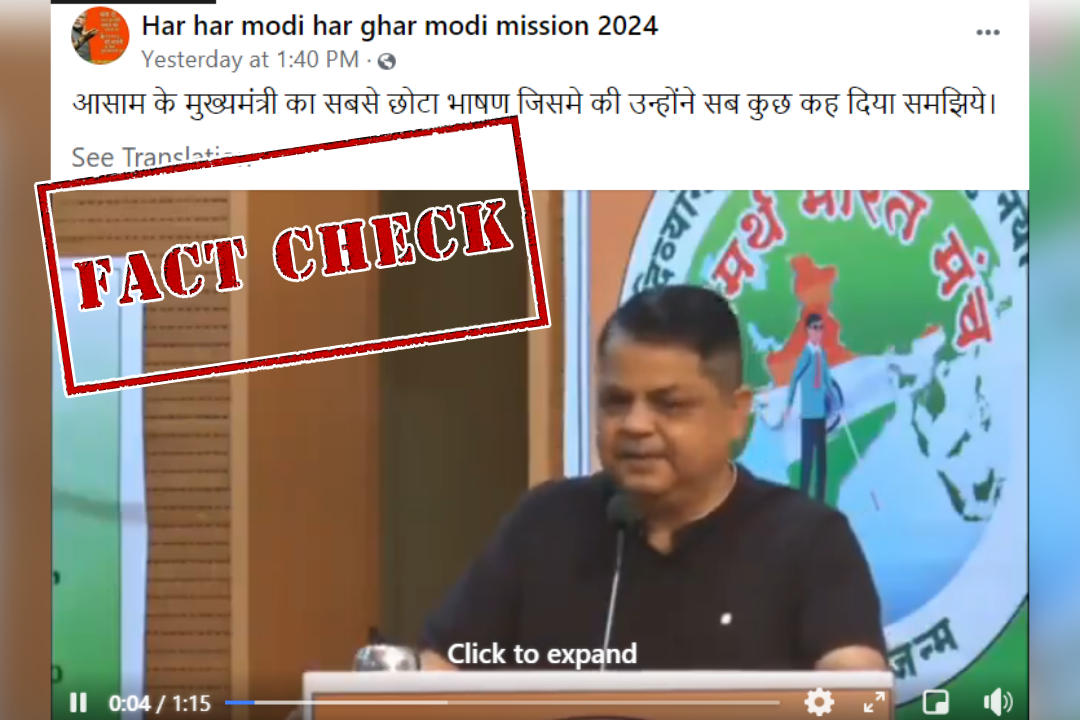 A video is being widely shared on social media in which a person is trying to explain the current situation of India with the example of the movie Sholay, depicting Prime Minister Narendra Modi and Home Minister Amit Shah as the lead characters. Users are sharing the video clip claiming that the person comparing Modi-Shah with Jai-Veeru in the video is Assam Chief Minister.

In the video clip of about 1 minute 15 seconds, the person can be heard speaking, “Who has seen Sholay? Everyone has seen it. There is a Thakur in it. His hand is cut off by Gabbar Singh. No one says anything. The whole village is silent. There was also a Rahim uncle in that picture. They also killed Rahim uncle’s son. The villagers again remain silent. But this silence is of another kind. They plead for Jai and Veeru to be driven out of the village who have come to save them from Gabbar Singh. The situation in India is exactly the same today. How to get Narendra Modi and Amit Shah out because Rahim uncle’s son was killed. Thakur ke haath ke haath ke katne hai katne do..Hindustan. Let the country’s hands cut but how to get Narendra Modi and Amit Shah out. India’s situation is nothing more than Sholay.”

The post is shared on Facebook with a caption in Hindi that translates to, “The shortest speech of the Chief Minister of Assam in which he has said everything, understand.” 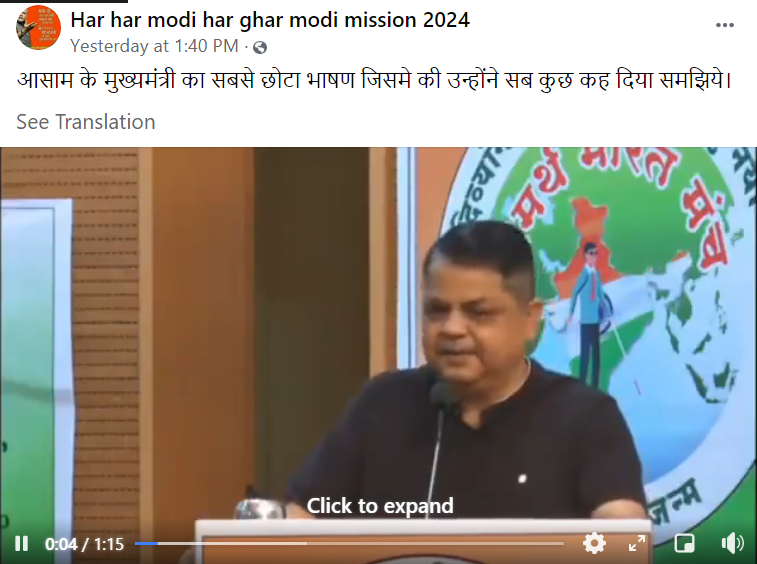 We did a Reverse Image Search by breaking the video clip into keyframes and found this video clip in a tweet dated May 24, 2021. The tweet identified the man in the video as Dr Gaurav Pradhan.

Taking a hint from this, we searched on Google. During this, we found Dr Gaurav Pradhan’s Twitter handle and LinkedIn account, in whose bio section he has been described as Data Analyst, Consultant, Digital Strategist, Business Transformation, Professional Speaker.

We went ahead with our investigation and found the full version of the video clip on Gaurav Pradhan’s YouTube channel. The situation in present-day India is highlighted in this 1-hour 36-minute video uploaded on April 12, 2021, with the title ‘The growing responsibility of Hindutva in Badalte Bharat’ organized by Samarth Bharat Manch in Nashik.

In the video, at a time duration of 9 minutes 41 seconds, Dr Gaurav Pradhan can be heard saying the same things as in the viral clip.

We also compared the photographs of Dr Gaurav Pradhan, the man seen in the viral video and that of Assam Chief Minister Himanta Biswa Sarma. We found that both have different facial features.

Thus, it becomes clear that this part of the video has been cropped and shared on social media with a false claim.