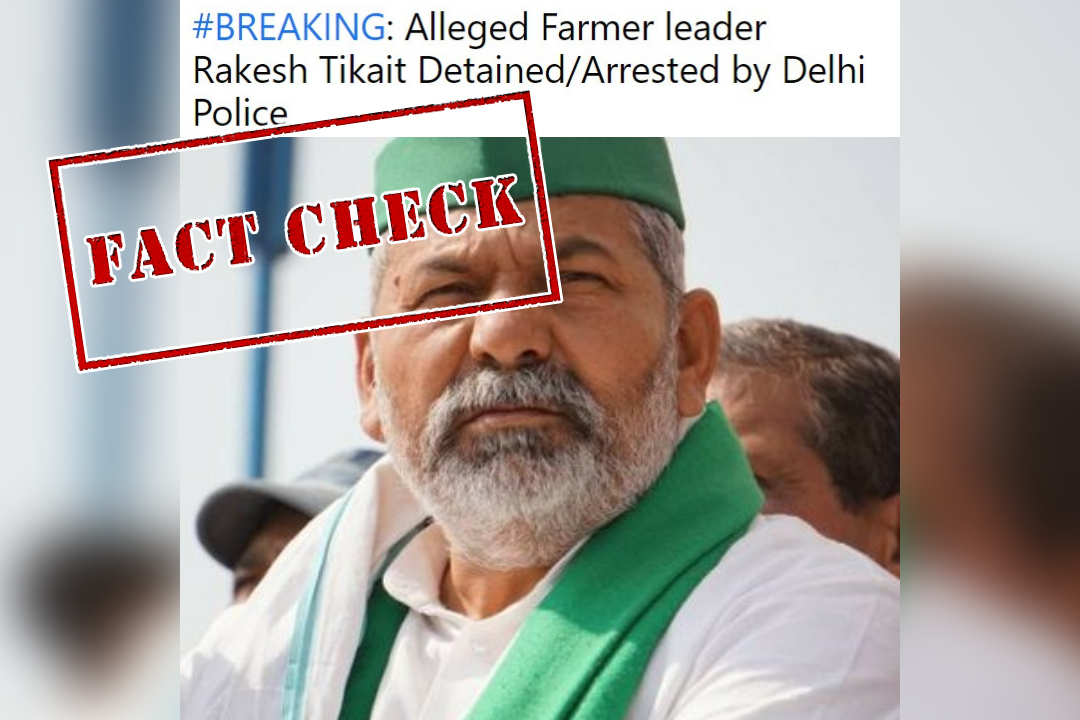 A post is being shared on social media claiming that farmer leader Rakesh Tikait has been arrested by Delhi Police. 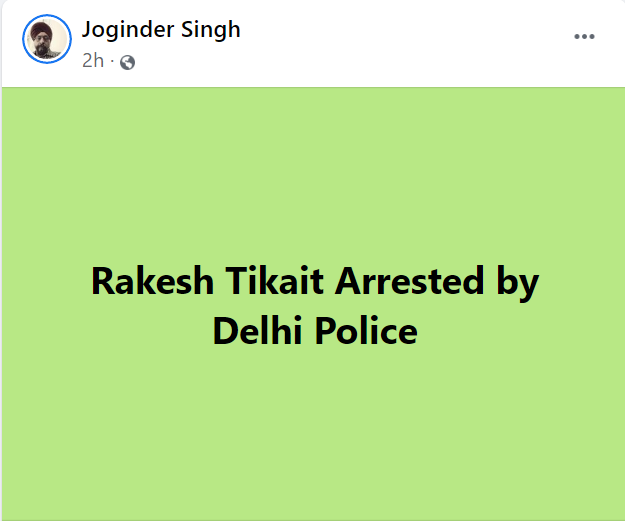 Starting with our investigation, we searched the web with relevant keywords to find credible media reports corroborating the viral claim. But we could find none.

Many news articles stated that the Delhi Police has clarified that the news of Rakesh Tikait’s arrest is incorrect. 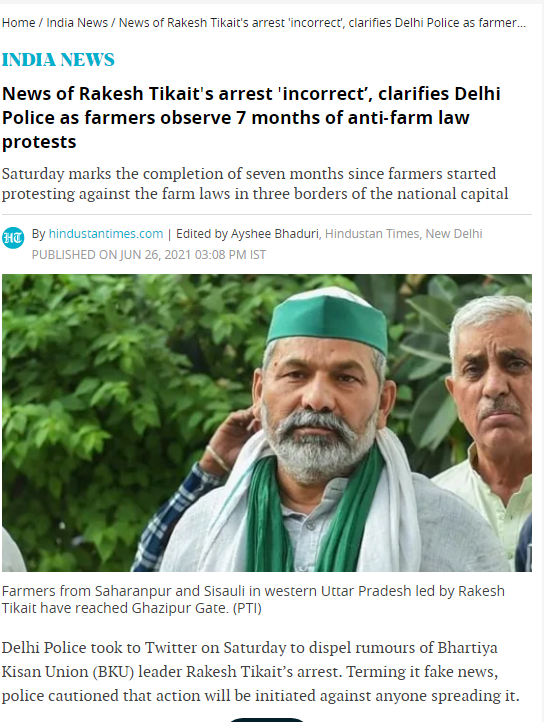 Taking a cue from this, we found a tweet published by the official handle of DCP East Delhi in which it was clarified that the viral news is fake.

The tweet read, “Fake news! News related to the arrest of Rakesh Tikait is incorrect. Pl, stay away from such fake news/tweets. Action will be taken for spreading such false news/tweets.” The tweet by DCP East Delhi also included a tweet by ‘Kisan Ekta Morcha’ which now has been deleted.

Fake news! News related to arrest of Rakesh Tikait is incorrect. Pl stay away from such fake news/tweets. Action will be taken for spreading such false news/tweets #delhipolice#DP https://t.co/XWdVY5XWXs

Ghaziabad Police also took to Twitter to clarify that, “Mr Rakesh Tikait is present at Ghazipur border. The information regarding arrest is misleading and untrue. It has also been termed as false news by Delhi Police. Punitive action will be taken against those spreading fake news.” (Translated from Hindi)

Following the police rebuttal, Kisan Ekta Morcha said that “This fake information was passed by a news channel.”

This fake information was passed by a news channel!
This tweet will be deleted within next 5 minutes. #SaveFarming_SaveDemocracy #FarmersProtest https://t.co/UOGI6VeoWq

Rakesh Tikait also clarified the same via a video posted on the Kisan Ekta Morcha’s Twitter handle. He further said that there is a need to verify any information before it is posted on social media accounts.

.@RakeshTikaitBKU is safe at Ghazipur & that the news of arrest was FAKE!!
Verified news/updates will be rolled out henceforth@DCPEastDelhi #FarmersProtest #SaveFarming_SaveDemocracy pic.twitter.com/IlTtglwISJ

Moreover, Rakesh Tikait also clarified the same on his Instagram account stating that “The news of my arrest is misleading. I am at the Ghazipur border. Everything is normal.” (Translated from Hindi)

Thus, it is evident from the above information that the viral claim about Rakesh Tikait being arrested by Delhi Police is FALSE.