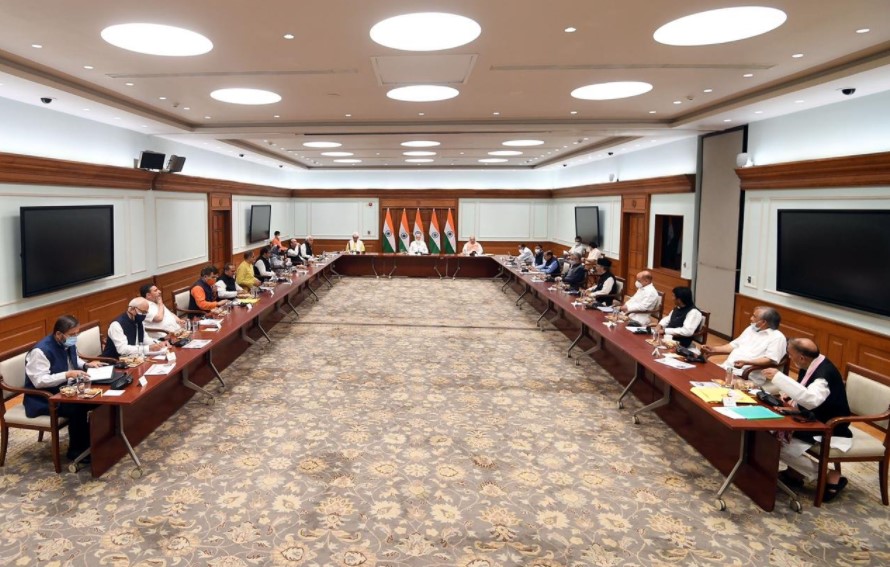 The meeting began at around 3 pm and was attended by 14 prominent leaders from the Union Territory. This was the first high-level interaction between the Centre and political leadership mainly from Kashmir since August 5, 2019, when the Centre revoked the special status of Jammu and Kashmir and the state was bifurcated into two union territories.

Ahead of the meeting earlier in the day, Farooq Abdullah said, “I am going to the meeting. I will keep the demands there and then I will talk to you.”

When asked about Mehbooba Mufti’s comment about discussing the restoration of Article 370 and 35 A in the UT during the meeting, Abdullah said, “Mufti is the president of her party, why should I speak on what she said.”

Although the People’s Alliance for Gupkar Declaration (PAGD) agreed to attend the meeting, its leaders especially the Peoples Democratic Party chief Mehbooba Mufti said that they will ask New Delhi to restore Article 370 and 35 A.

Earlier on Wednesday, Apni Party chief Syed Altaf Bukhari, welcoming the all-party meet, had said: “I look at it as a positive development. The Prime Minister had started a process on March 14, 2020, when a delegation of the Apni Party met him and now he has called an all-party meeting. It is a welcome step.”