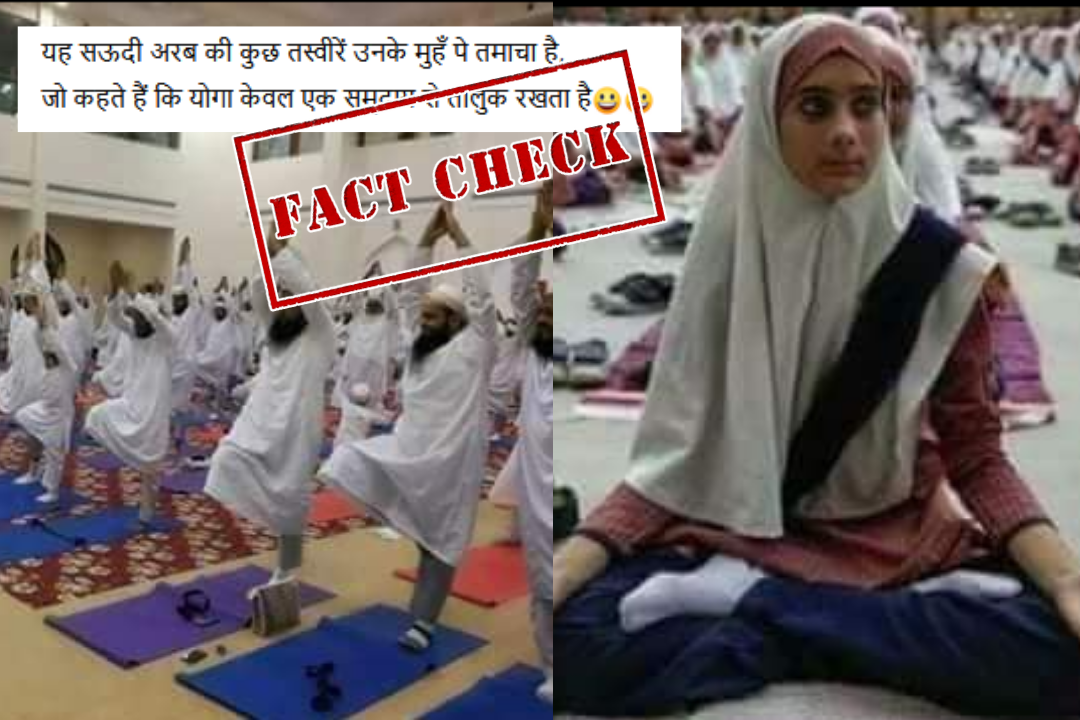 As the world celebrated International Day of Yoga on June 21, two pictures of some people from the minority community practicing yoga, started doing rounds on social media with a claim that the pictures are from Saudi Arabia.

(Translation- Yoga = Life is valuable. These are some pictures of Saudi Arabia, which is a slap on the face of those who say yoga belongs to one community) 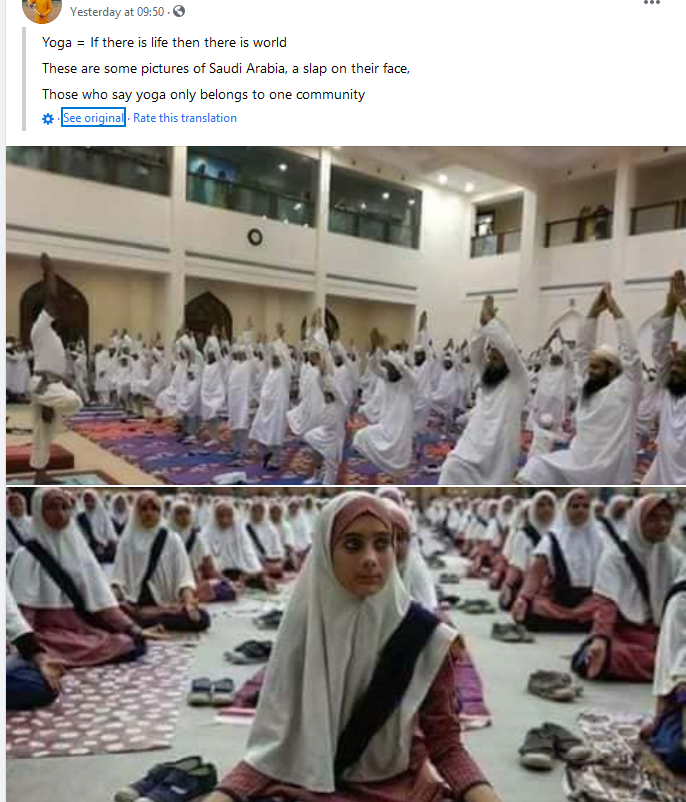 We put both the pictures individually through Reverse Image Search and found that they are old.

On putting the first image through Reverse Image Search, we found the picture in a report by Gulf News dated June 20, 2017. The headline of the pictures read, “Bohra community organises yoga session.” 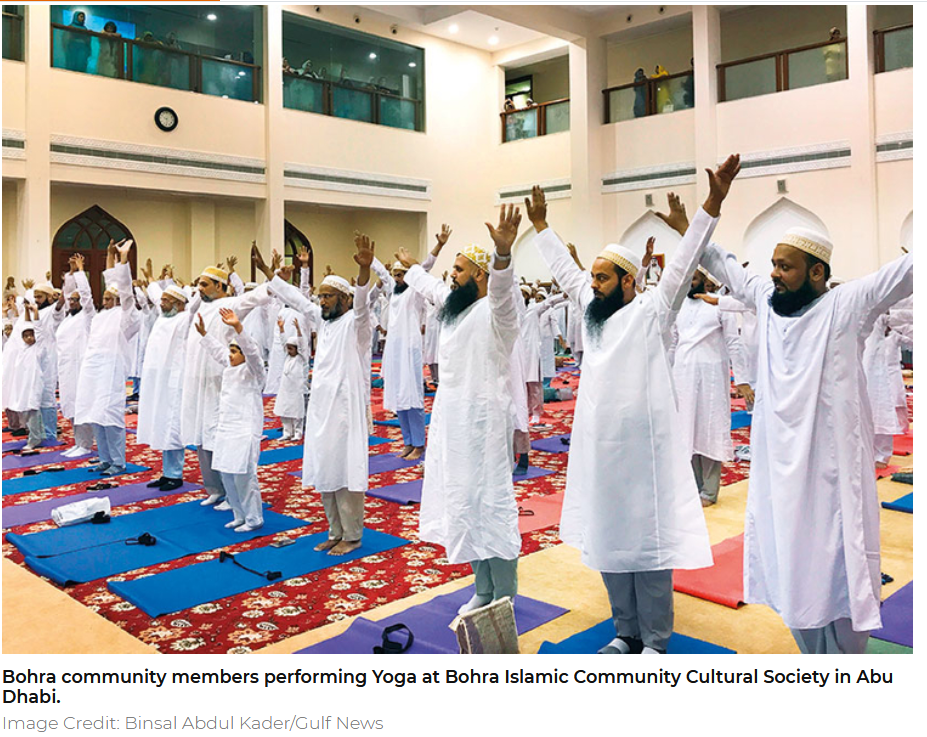 As per the image description, several community members including women attended a yoga session at Bohra Islamic Cultural Society in Abu Dhabi, United Arab Emirates (UAE), ahead of the International Day of Yoga in 2017.

We found another picture from the same event on a Dubai based news website, Khaleej Times dated June 20, 2017. “More than 700 Dawoodi Bohras roll out mats”, the headline read. 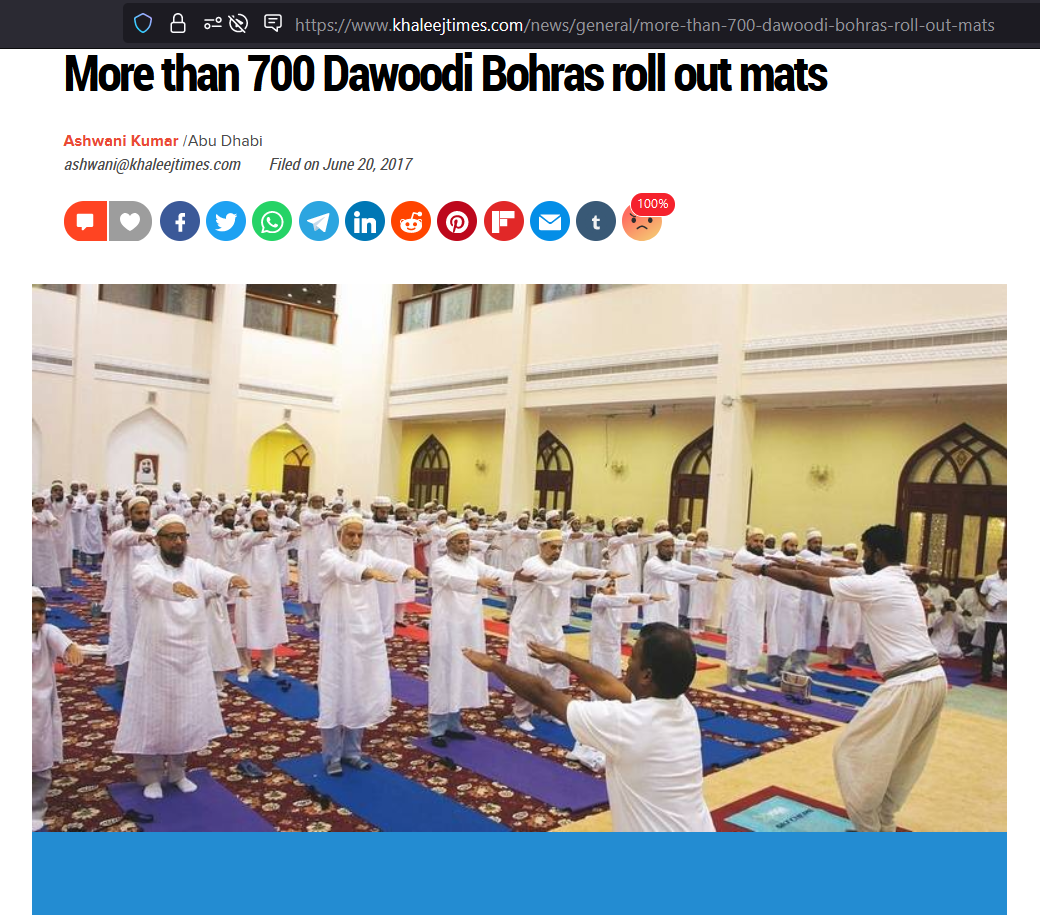 The report stated that the event was organised in Abu Dhabi under the patronage of the Indian Embassy.

On putting the second image through Reverse Image Search we found the picture in a report by Voice of America dated June 18, 2015.

The image description read, “Indian Muslim students practise yoga at a school ahead of first International Yoga Day in Ahmadabad, India, Wednesday, June 17, 2015. The United Nations has declared that June 21 will be observed as the International Day of Yoga.” 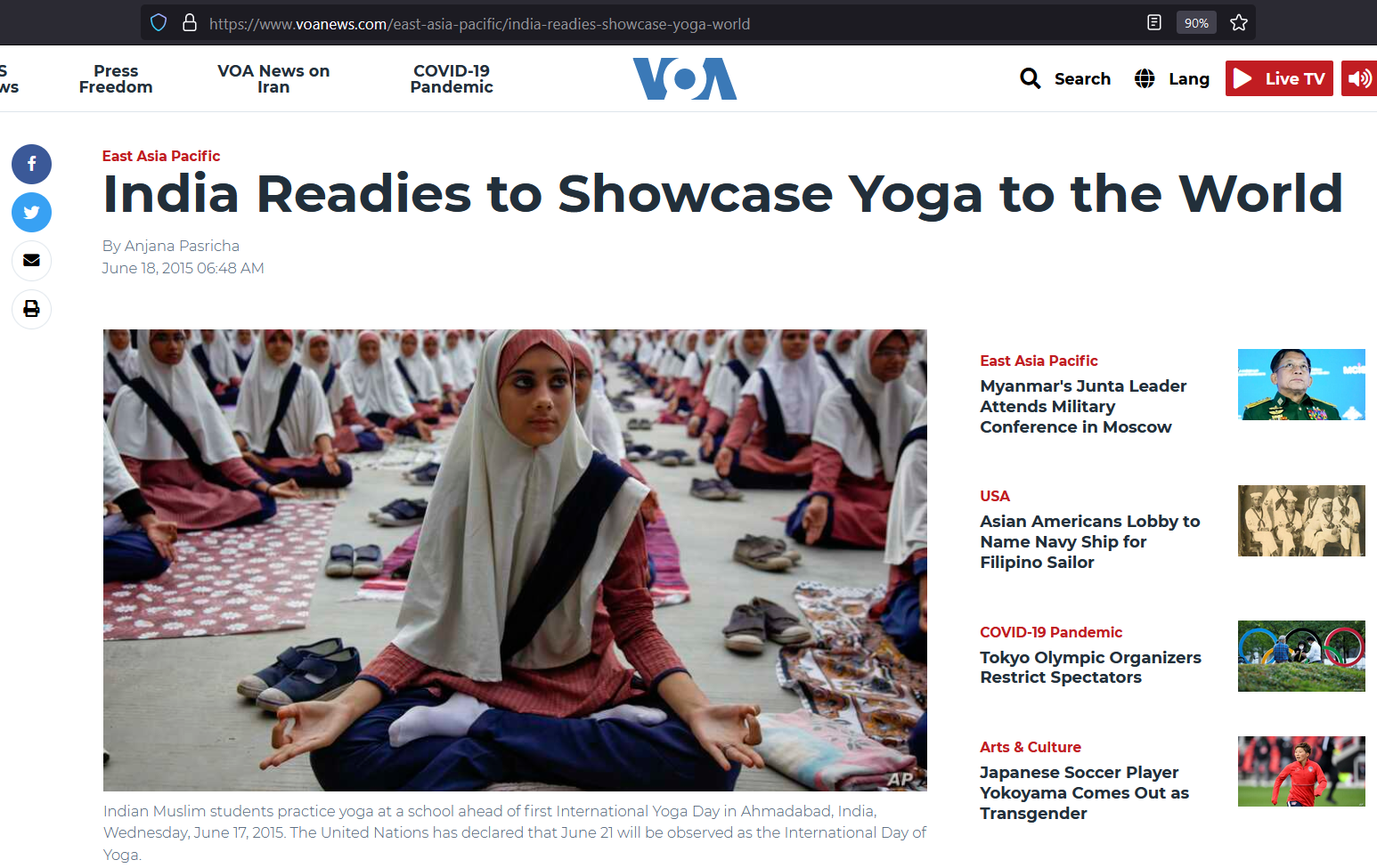 We found the same picture on Zee News website dated June 21, 2015. “Muslim students practice yoga at a school ahead of first International Yoga Day in Ahmadabad,” the caption read. 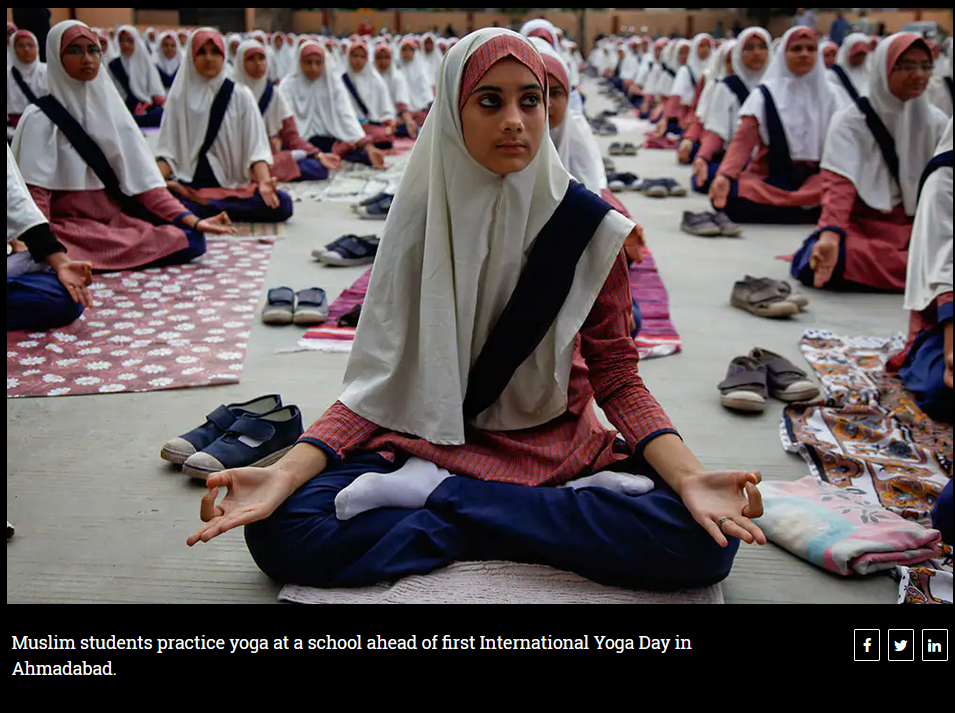 However, we found that Saudi Arabia has signed a memorandum of understanding (MoU) with India for the establishment of a formal “yoga protocol (standards)” for the promotion of yoga in the country, but, we could not find any report from a reliable source that stated that any yoga event was organised in the country this year.

The above information proves that the pictures are old. Hence, the claim is false.