Starting with our investigation, we found out that the same claim has been shared on social media since 2015 at least. Earlier it was shared with an image that said, “Britishers gave this name to India after Independence which means Independent Nation Declared In August.” 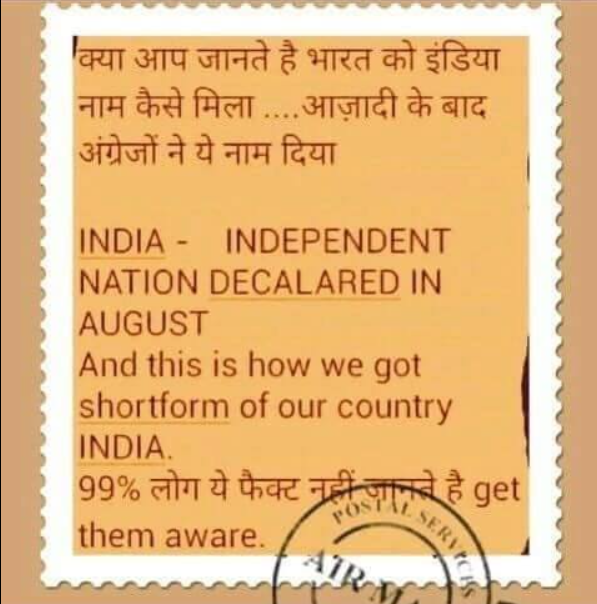 We searched the web to check if we could find any report stating that India is an abbreviation for “Independent Nation Declared In August” but could not find any. 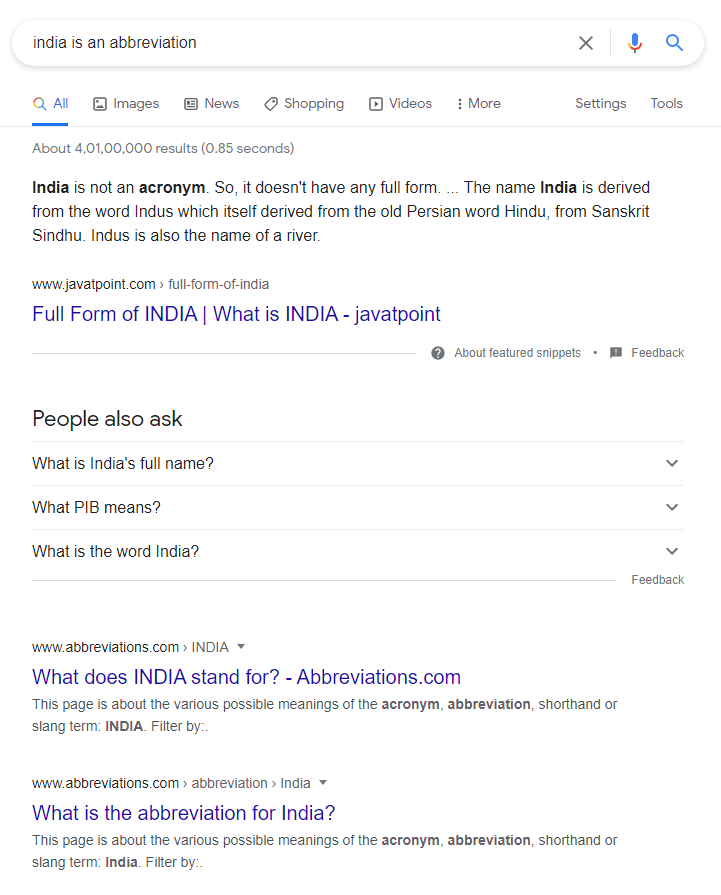 Looking at the facts of India’s history, India got Independence in 1947 but the name ‘India’ has existed since before. The Quit India Movement which was launched in 1942 (5 years before India got independence) had the word “India” in it. 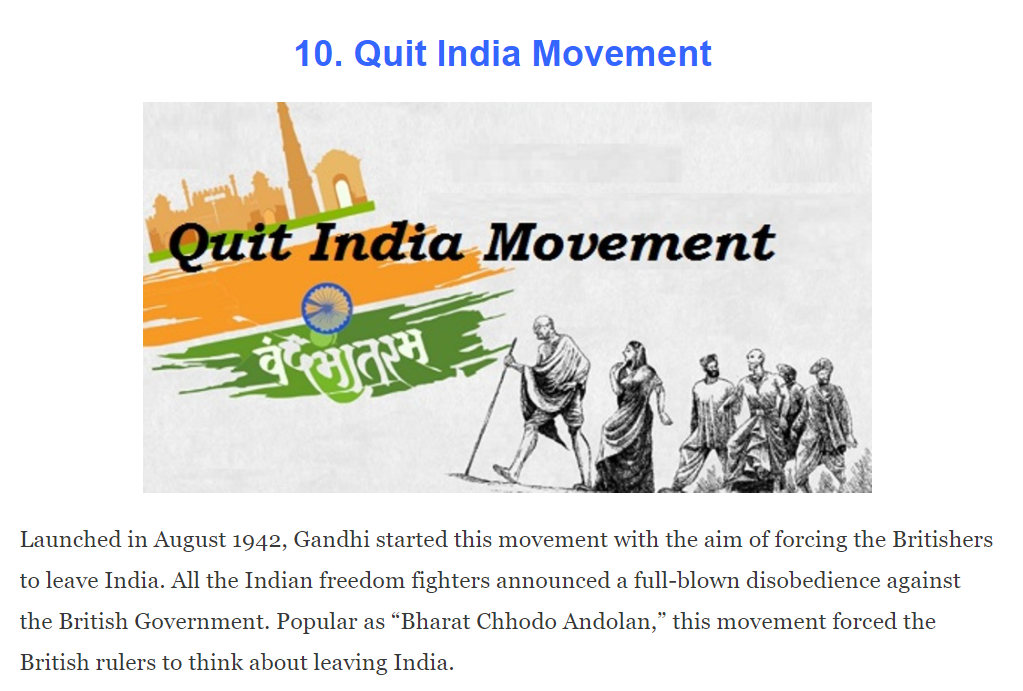 The Government of India Act 1858, an Act of the British Parliament that transferred the government and territories of the East India Company to the British Crown, also had the word “India”.

Also, according to many news articles, “The name India is derived from Indus, which originates from the old Persian word Hindus and later stems from the Sanskrit word Sindhu, which was for the Indus River.”

Thus, it is evident from the above information that India is not the abbreviation for  ‘Independent Nation Declared In August’. The viral claim is FAKE.