An image of a heart-shaped pond has gone viral on social media claiming that the pond is called “God’s Hand” and is located in Zimbabwe.

One such post shared on Facebook has a caption that reads, “Look at “God’s Hand” This pond named “God’s Hand” is found in Buchwa, Mberengwa District, Midlands province. Zimbabwe.” 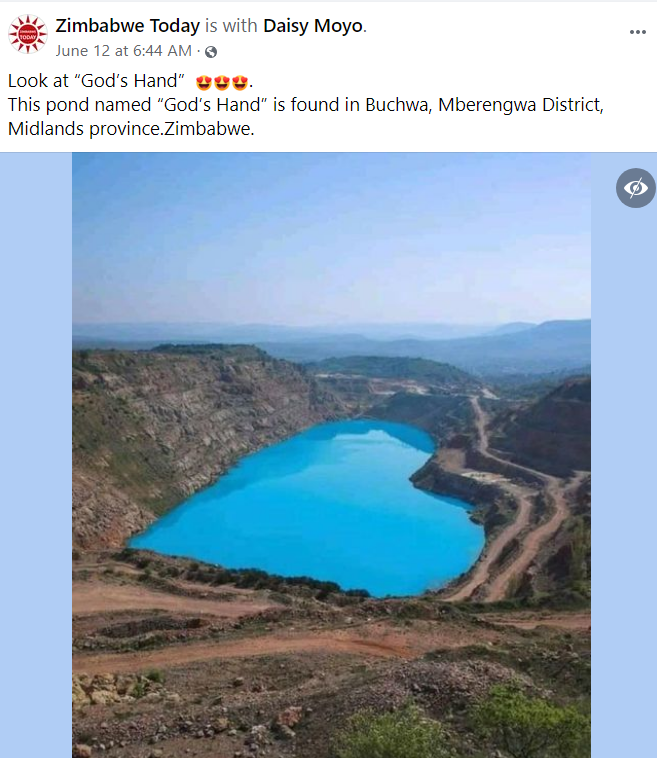 Doing a simple Reverse Image Search directed us to many stock images websites that carried the viral photo. According to Dreamstime, Shutter Stock, Twenty 20 and Alamy, the blue heart-shaped lake is called the “Kadykovsky quarry” and is located in Russia. The image description on one of the websites reads, “Blue heart-shaped lake, Kadykovsky quarry, Balaklava, Sevastopol, Crimea, Russia.”

According to a travel blog, Kadykovsky is an abandoned quarry among surrounding hills in the outskirts of Sevastopol. The quarry was developed in the last century, and then after it was abandoned, it was slowly filled with water and turned into a giant rusty funnel with a blue-green lake below sea level. 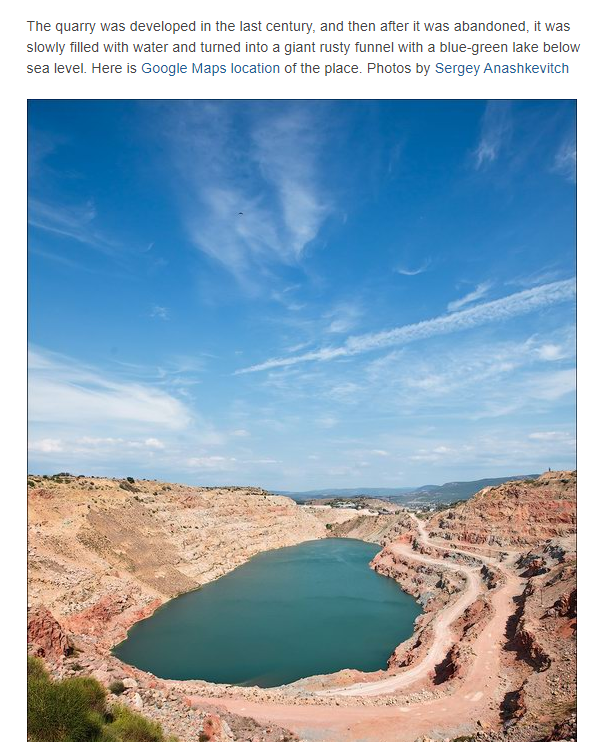 We also searched on Google Maps and found the same image. Although, it should be noted that some minor editing around the edges of the pond can be seen in the viral image.

It is evident from the above information that this heart-shaped pond is located in Russia and not Zimbabwe.