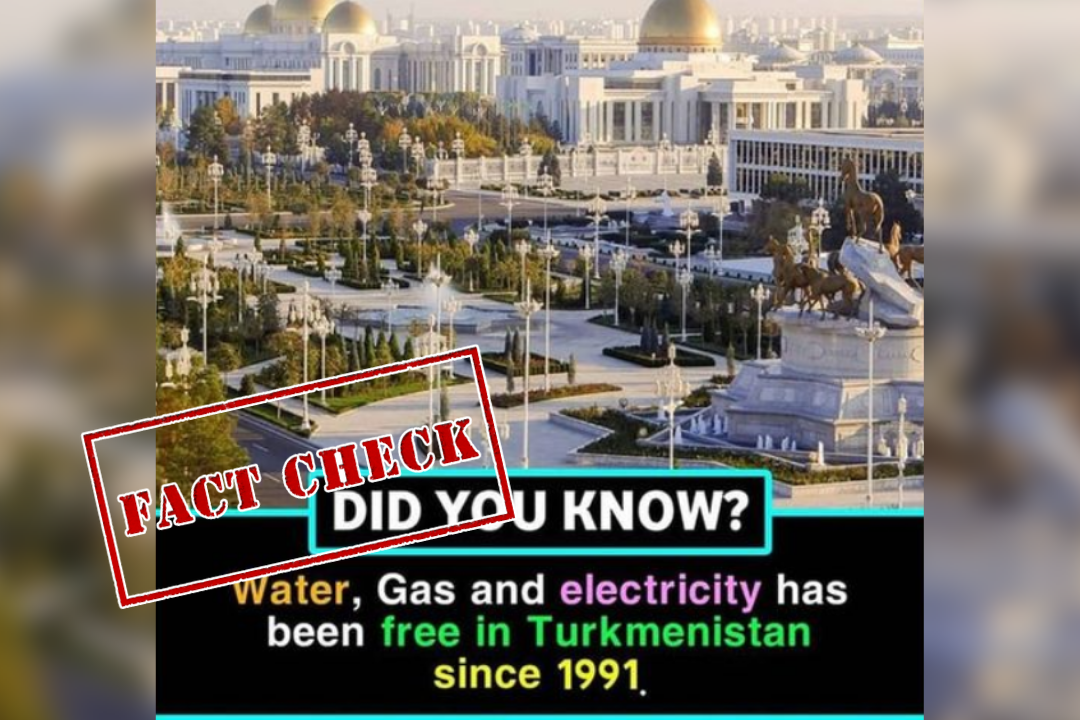 A picture post is doing rounds on social media with a claim that utilities like gas, electricity and water are free in Turkmenistan since 1991.

“Did you know? Water, Gas and Electricity has been free in Turkmenistan since 1991(sic)” the text in the post read. 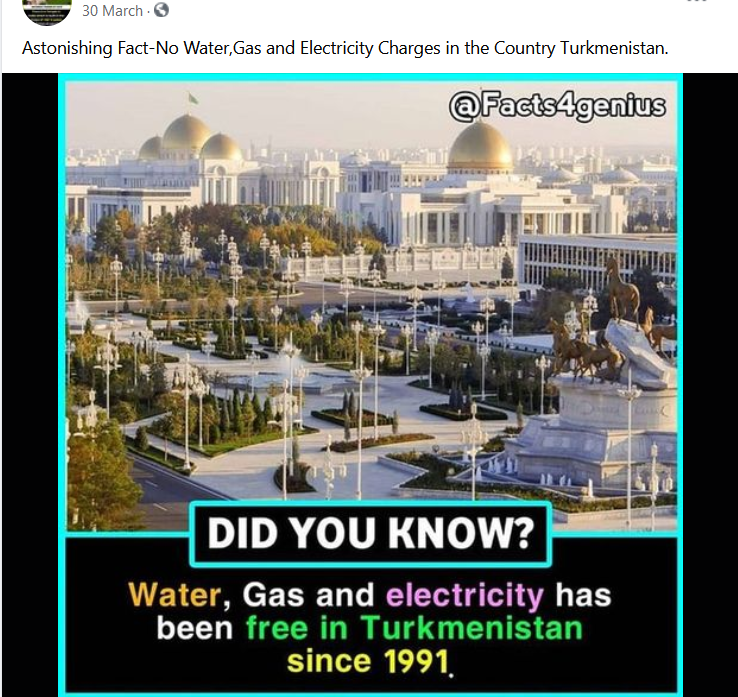 NewsMobile fact-checked the above post and found the claims to be misleading.

Claim #1: Water, gas and electricity is free in Turkmenistan

We ran a Google search using some keywords and found a report by The Associated Press dated September 26, 2018. The headline of the report read, “Turkmenistan ends free utilities after a quarter century”. 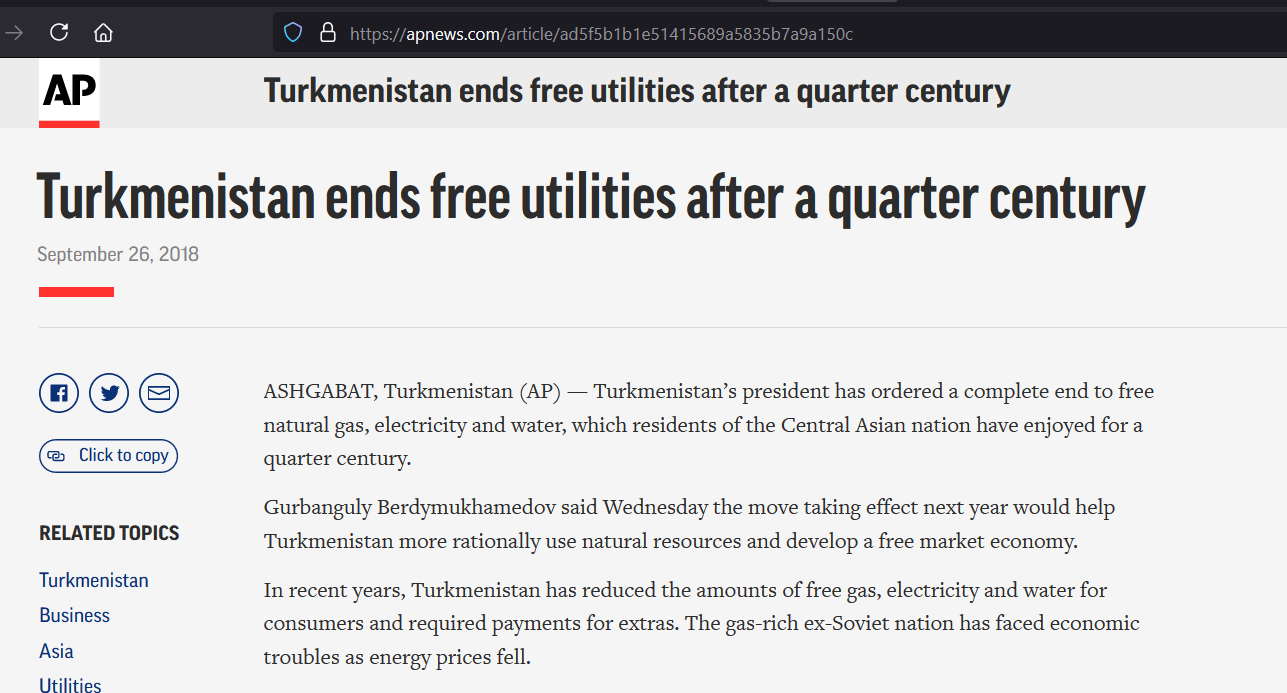 As per the report, Turkmenistan’s President in 2018 ordered a complete end to free natural gas, electricity and water, which residents of the country had enjoyed for a quarter-century. President Gurbanguly Berdymukhamedov said that the move, in effect from 2019, would help Turkmenistan use its natural resources more rationally and develop a free market economy.

We found another report by a Turkmenistan based news organisation Turkmen.News dated July 26, 2019. The headline of the report read, “Pay for Electricity on Time or Face Court, Public Warned in East Turkmenistan“ 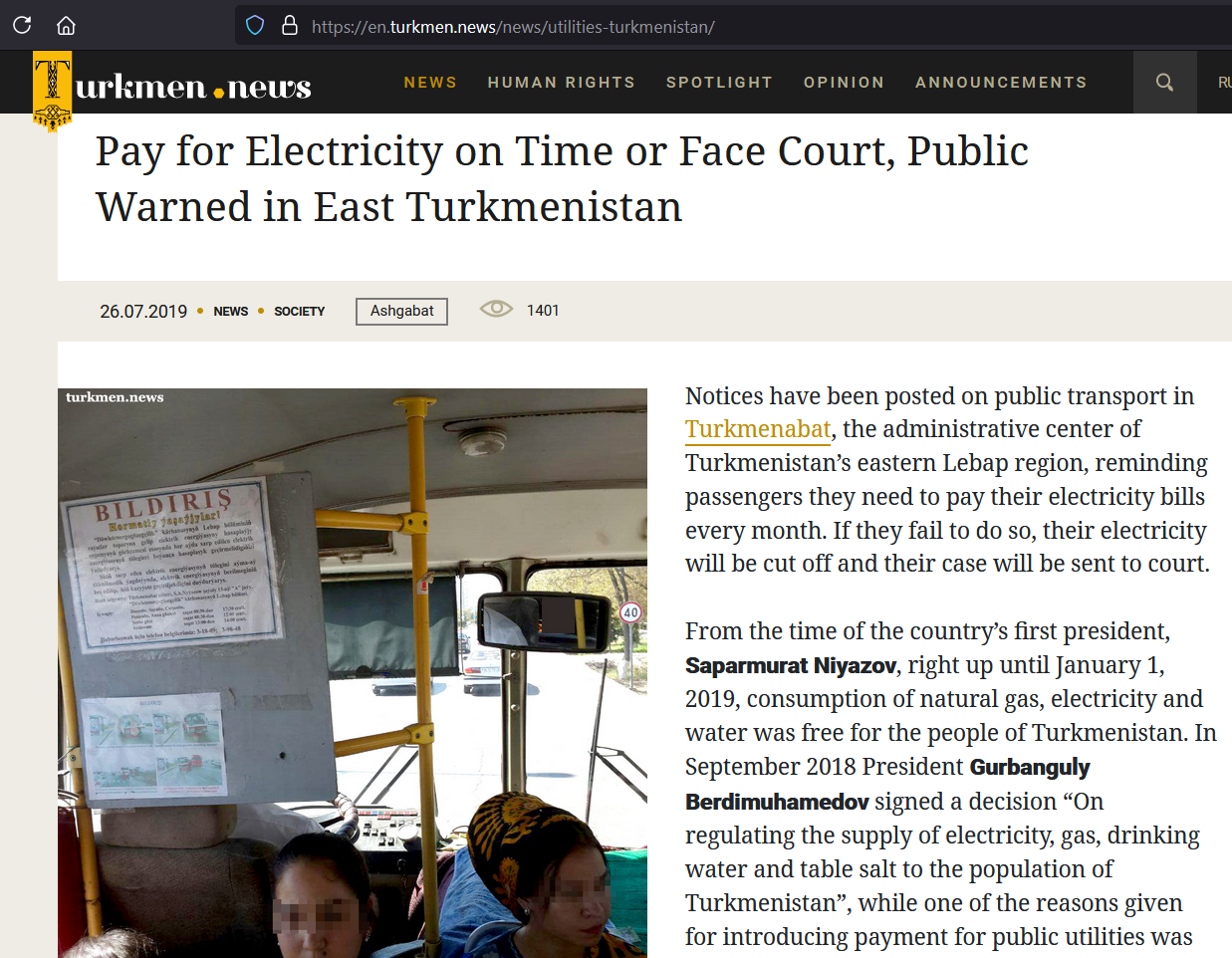 A Google search led us to a report by the German public broadcaster Deutsche Welle (DW) that stated that subsidies were introduced by former leader Saparmurat Niyazov in 1993.

We found another report by a Philippine online news website, Rappler which mentioned that Saparmurat Niyazov made water, electricity and gas free in 1993 shortly after the energy-rich country gained independence from the Soviet Union.

It further stated that the subsidies were removed since the country was struggling to cope with a fall in energy prices since 2014 and a decision by Russia to end its purchases of gas from the country.

The above information proves that gas, electricity and water are no longer free in Turkmenistan. Hence, the claim is misleading.