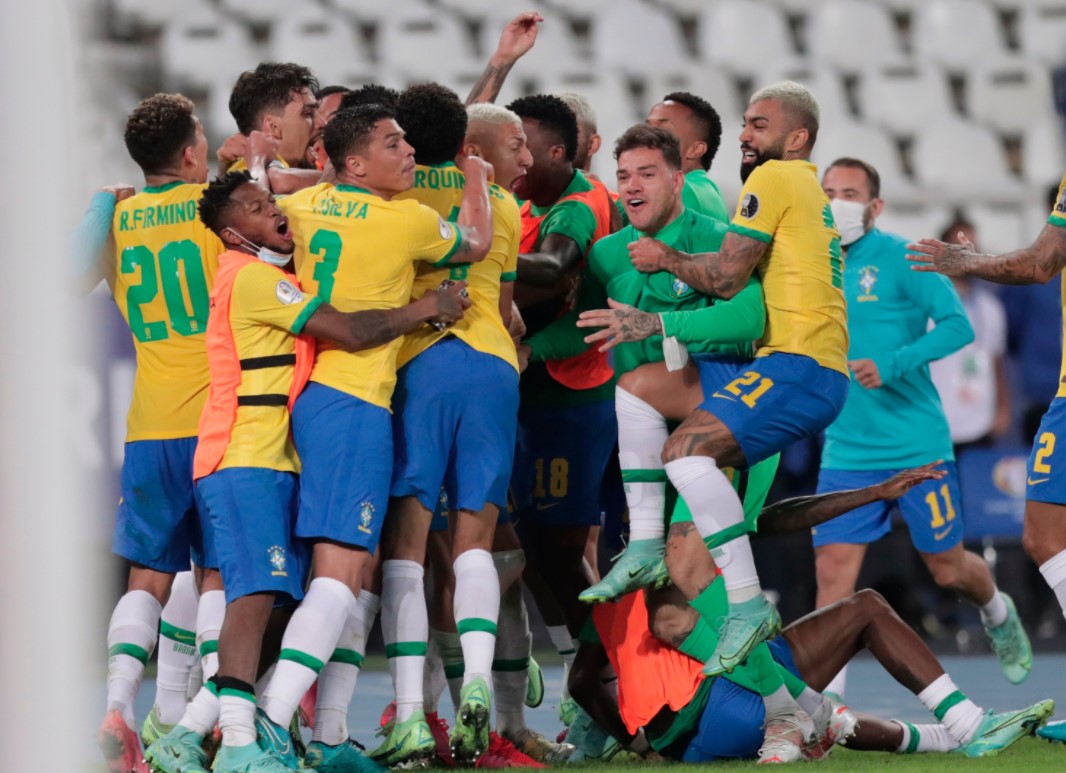 Brazil continued their winning streak in the Copa America on Wednesday, eking out a 2-1 victory over Colombia after labouring for the majority of the game to respond to Luis Diaz’s spectacular bicycle-kick goal.

The “Selecao” now has a perfect nine points from three matches in the South American championships, and their current winning run is at 11 games.

The victory, however, was marred by controversy: Brazil’s second-half equaliser, a header by Roberto Firmino, was preceded by a Neymar pass that brushed against Argentine referee Nestor Pitana. Colombia contended that play should have been stopped subsequently, but Pitana determined that neither team had been hampered and permitted the game to continue.

Brazil maintained its pressure in the waning minutes and was rewarded with extra time. Casemiro scored the winner after Neymar took a corner.

After the game, Casemiro said, “They came at us once and then stopped.” “It was our attack against their defence. Colombia is a strong team, but we must be mentally strong as well, as the coach demands,” he added.

On social media, disgruntled Colombia fans made the referee’s name a global hashtag, saying that he had played as “Brazil’s 12th man.”

When an unmarked Casemiro headed in the winner deep into stoppage time, the animosity rose even more.

Colombia, though, who finished second in Group B with four points from four games, nonetheless qualified for the quarter-finals.