A post attributed to union minister Nitin Gadkari is being widely shared over social media platforms. The post is in the format of a news item from Marathi newspaper Loksatta.

The post is being shared on Facebook with a caption in Marathi that translates to, “Should we carry the vehicle during the return journey.” The post has over 90 shares. 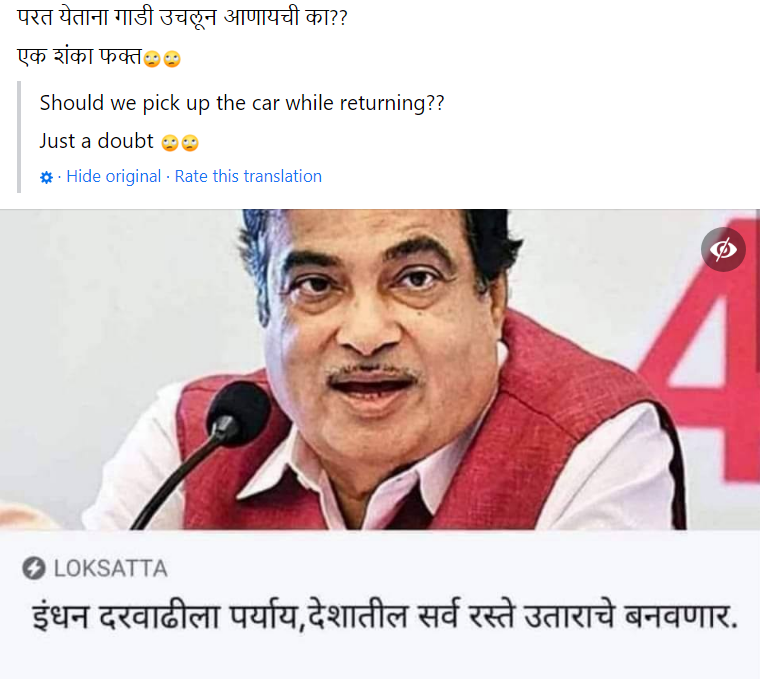 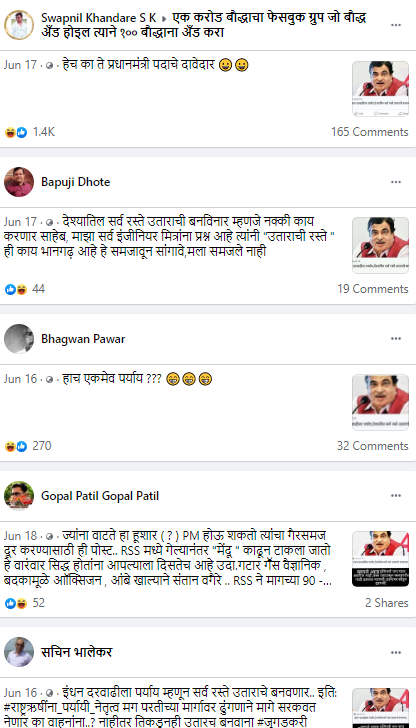 Starting with our investigation, we searched the web with relevant keywords to look for any credible media reports corroborating the viral claim. Since a union minister gave this statement, it should have been covered by the media but we could not find any media report stating the same. 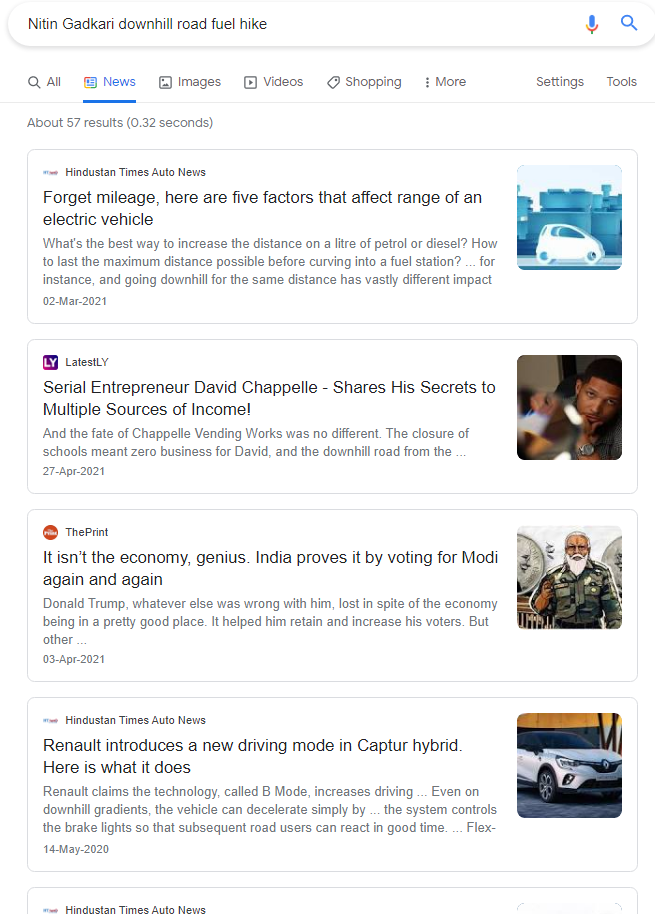 We then searched the post on the website of Marathi daily, Loksatta. But there also we did not find any such report.

Searching further, we found a tweet by Loksatta Live that clarified that Loksatta did not carry any such news. The tweet in Marathi translates to, “For reader’s information. It should be noted that such news was not made by the Loksatta but this image is being disseminated on social media.”

Thus, it is evident from the above information that the post attributed to Nitin Gadkari claiming that he suggested construction of downhill roads to tackle fuel price hike is fake.