Home NM FACT CHECKER Fact Check: This Viral Video Of Adulteration In Milk Is NOT From...
ShareTweetGoogleWhatsappPrint
Mail

A video of a milk van is being shared on social media in which a person can be seen mixing milk by putting his hand in the container. The man can also be seen putting his mouth very close to the container and it is being claimed in the post that the man is spitting inside the container. It also appears that another man is adding water from the pouch to the milk.

The post further mentions that “they should be booked under section 272 of the IPC”. The Indian Penal Code (IPC) is the official criminal code of India which means that the post claims that this video is from India.

(Translation: Openly mix water on the streets and seem to be spitting it in the milk container!) 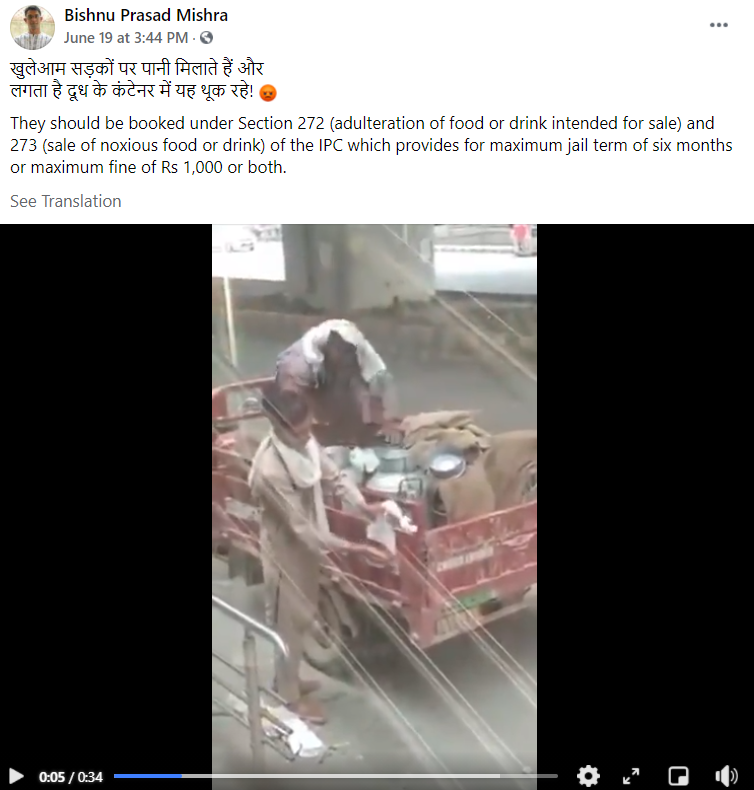 Searching for the viral video with Reverse Image Search and keywords, we found out that many Pakistani users on Twitter and YouTube had shared this video and said it was from Pakistan. Some of them said that the video is from Lahore.

The video has also been shared with Urdu captions on some Pakistani YouTube channels and Facebook pages. Most users started sharing this video since June 16.

The video can be seen with the company’s name and model “SIWA CARGO LOADER” written on the tempo. 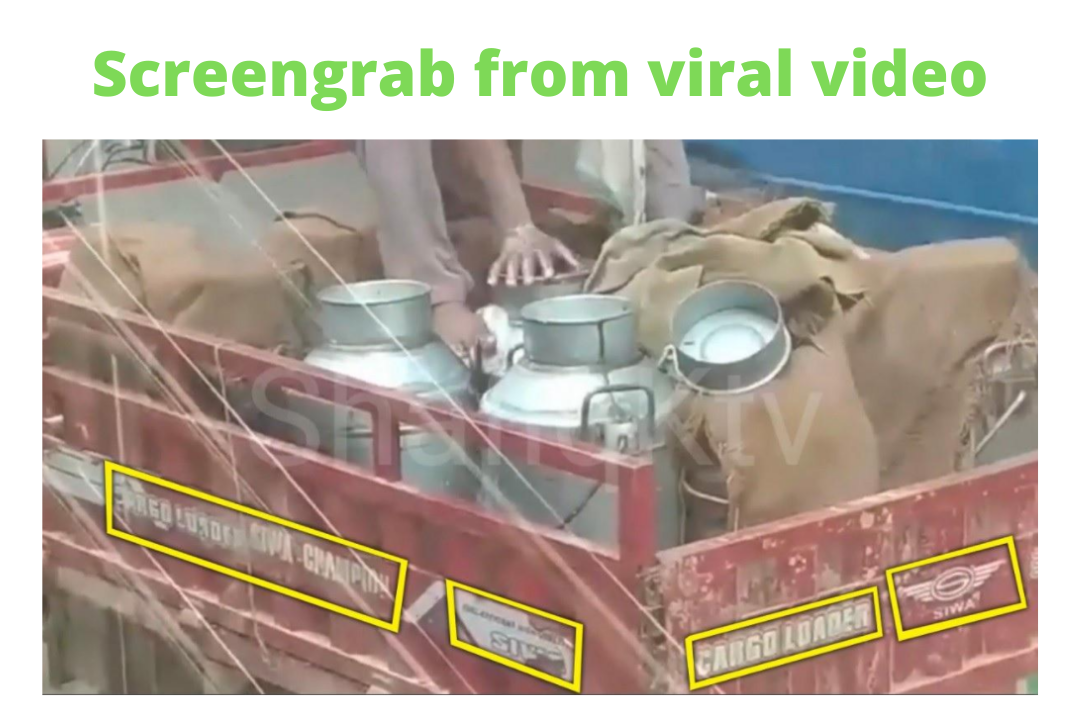 SIWA is a Pakistani company that manufactures tempos, rickshaws, auto parts, etc. Many videos of such vehicles are available on YouTube and these videos have been uploaded mostly by users from Pakistan.  OLX pictures of similar tempos can be seen on the company’s Pakistan website.

However, NewsMobile independently couldn’t verify the origin and location of the video. Although we couldn’t find any credible media reports on the same but based on the evidence above, it is clear that the video is not from India.