A video is being shared on social media claiming that it shows the effect of lightning on a river.

The video is shared on Facebook with a caption that reads, “When Lightning strikes in the River.” 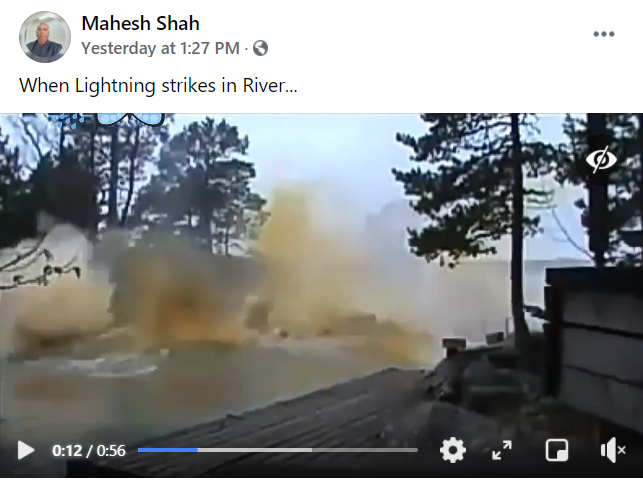 Using the InVID tool, we extracted key frames from the video and ran Reverse Image Search on them. Through the search, we found a YouTube video published on December 20, 2012, on a channel named ‘Rannikon Merityö’.

It was uploaded titled ‘Porapaalutusta, osa 3: Räjäytys’ [Translation from Finnish: Drilling, part 3: Blasting] and its description reads: “In this video, we deepen the waterway.”

According to the “Rannikon Merityö” website, it is a construction company.

Searching further, we found the same video on the company’s website under ‘Louhinta’ or Mining. The translated webpage explains, “Underwater mining is used to rehabilitate beaches and waterways and to establish sea signs. In addition, the dredging, construction and maintenance of waterways will be carried out through excavation and blasting work. Excavation is carried out by placing an underwater special explosive in the boreholes, which is immersed in the holes drilled in the rock.” 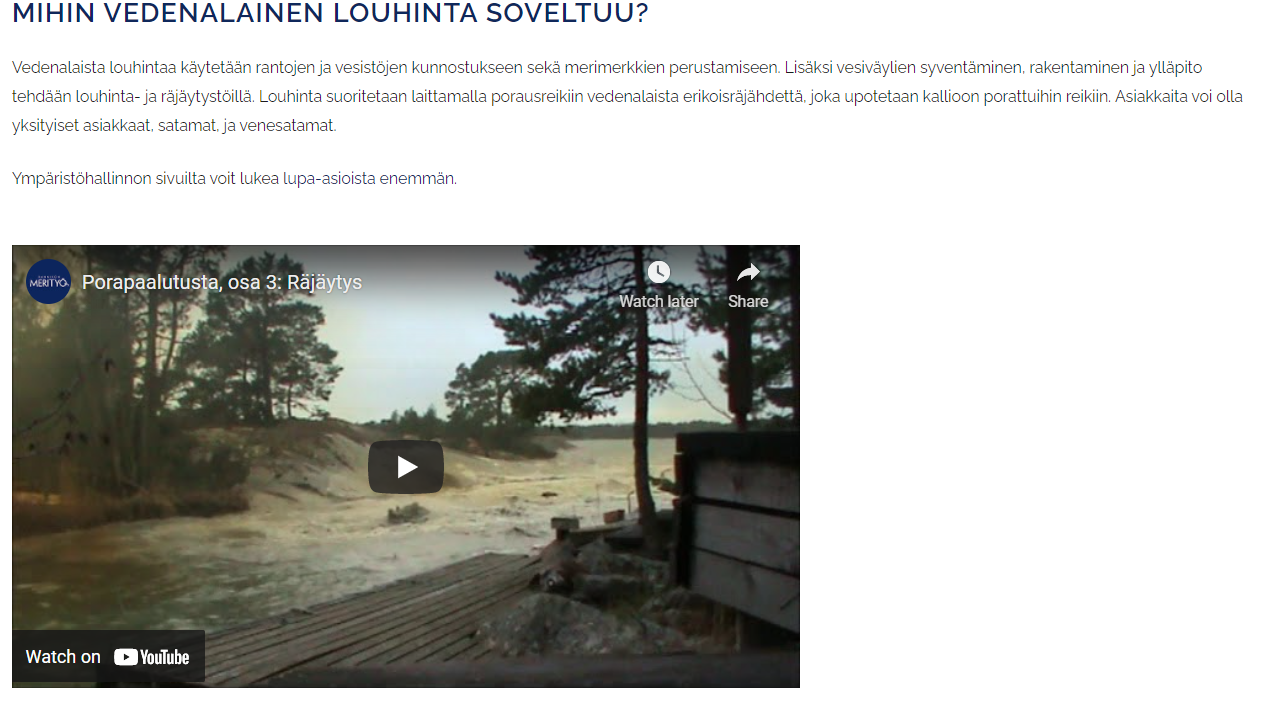 The company had also uploaded the same video on their Facebook page in 2018, informing viewers that their company handles ‘challenging underwater excavation and construction’ and added a link to their website for enquiries and quotes.

We also slowed the video down and found out that the lightning doesn’t come from the sky, but from the raised embankment. At the 7-second mark in the video, moments before the impact, a bright coloured line can be seen coming from the embankment. 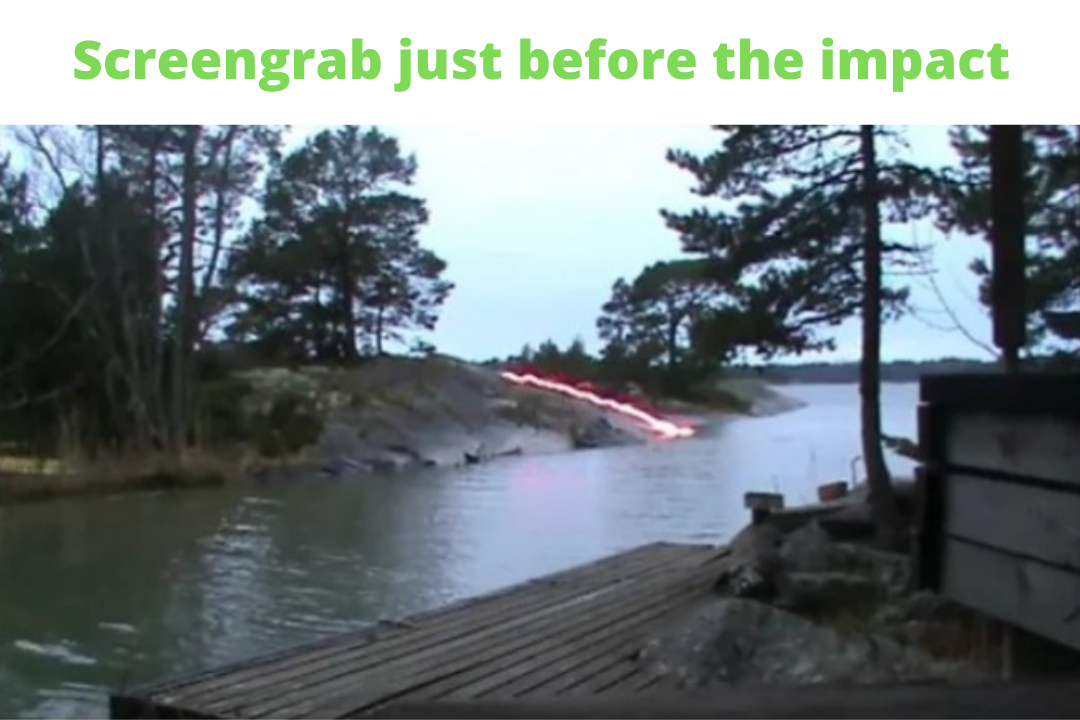 Thus, it is evident from the above information that this video does not show lightning striking a river. It is an old video from 2012 and shows a Finnish company working to deepen a waterway.