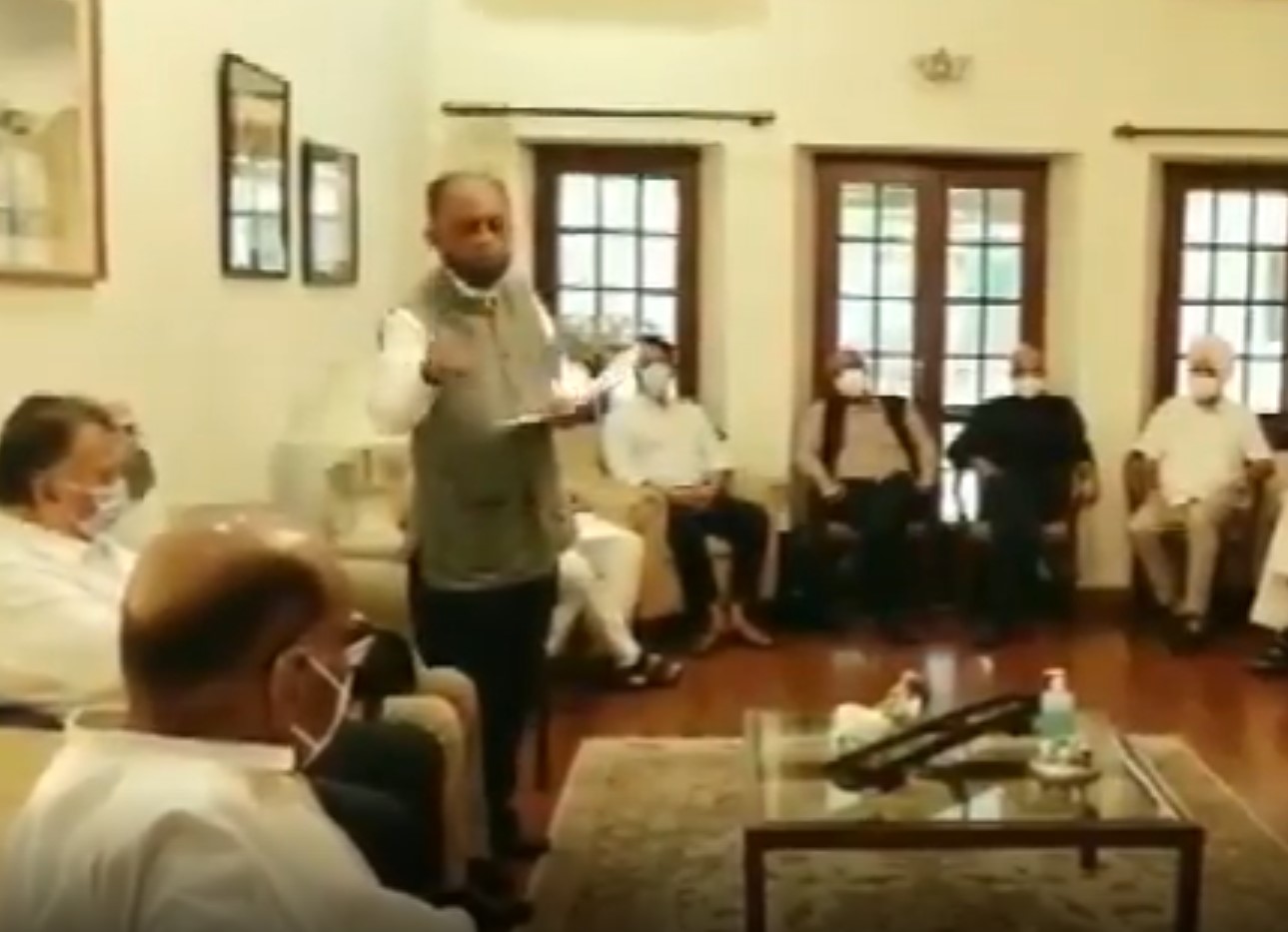 Amid reports of third front manoeuvres ahead of the 2024 polls, leaders of various opposition parties on Tuesday attended a meeting hosted by Nationalist Congress Party (NCP) chief Sharad Pawar at his residence in New Delhi.

After the meeting, TMC leader Yashwant Sinha informed that the meeting of the ‘Rashtra Manch’ (National Forum) lasted for two-and-a-half hours, where many issues were discussed.

“It is being reported in media that this meeting of Rashtra Manch was held by Sharad Pawar to unite anti-BJP politically parties. This is totally incorrect. I want to clarify that this meeting took place at Pawar’s residence but he didn’t call this meeting,” said Memon.

“This meeting was called by Rashtra Manch chief Yashwant Sinha and convened with the help of all founding members and workers of Rashtra Manch. This is being said that Sharad Pawar Sahab is taking a big political step and Congress has been boycotted. This is incorrect,” he added.

RLD’s Jayant Chaudhary, who also attended the meeting said that the Rashtra Manch was formed three years ago. “The Rashtra Manch has formed three years ago. All topics discussed today were political, but we didn’t hold talks regarding any particular election or in connection with any government. We discussed current issues, about the mood of the nation, their grievance, the economic issues of the country, about the farmers’ protest, he said.

Earlier, speaking to the media on his arrival at Pawar’s residence, Pavan Varma had said there was no fixed agenda of the meeting and it was just a regular meeting of the open-ended discussion forum ‘Rashtra Manch’ to talk about current political developments and contemporary matters.

“We are here to discuss current issues, political developments and contemporary matters. There is no fixed agenda for the meeting, nor are we meeting to define a definitive goal. The Rashtra Manch has been meeting once in a while as an open-ended discussion forum. Today’s meeting is in continuation of that. We are grateful to Sharad Pawar Ji for very kindly agreeing to host the meeting,” said Varma.

CPI MP Binoy Viswam had also said, “It is a platform of all secular, democratic Left forces against a most hated government that has failed. The country needs a change. The people are up for a change.”

Commenting on the meeting of the prominent opposition leaders and eminent personalities, BJP MP Meenakshi Lekhi said, “Such meetings are held by leaders who have repeatedly been rejected by the public.”

“This is not new. There are some companies that make a profit out of polls. They will obviously try to project every other leader as the next Prime Minister. No one can be stopped from daydreaming. It is good they are trying to unite, but it is also clear that they are not united till now,” said Lekhi.