A post is being shared on social media claiming that it shows a “secret space program” meant to be Earth’s “first defence against a fake alien invasion.” The post includes a picture that shows what looks like spaceships docked in a circle in the sky.

The post is shared on Facebook with a caption that reads, “This is ”SOLAR WARDEN”! This is the ”Secret Space Program” that is being revealed to EARTH! They are not making a new space force, they are unveiling an existing branch of government/military!” 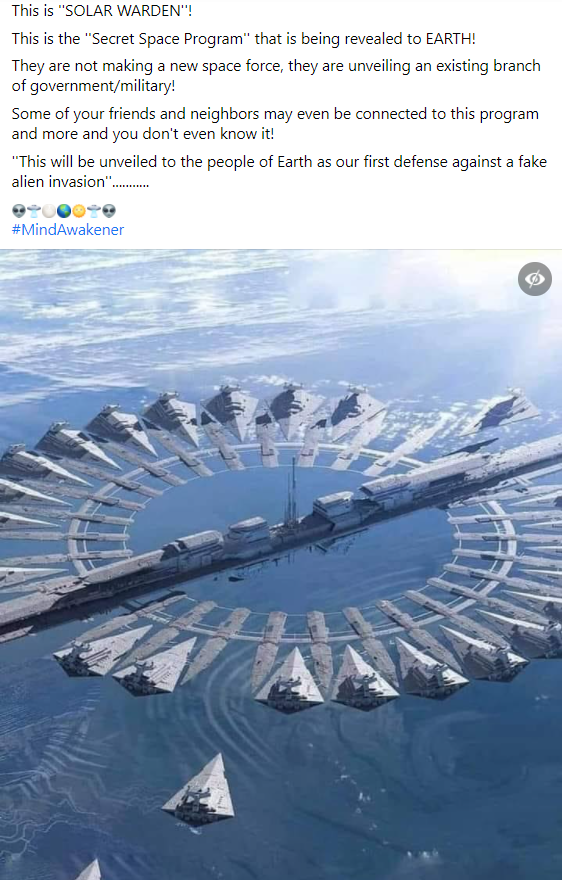 By doing a simple Reverse Image Search, we found out that the image was first published in a book titled ‘The Art of Rogue One: A Star Wars Story’, released by Abrams Publishing in 2016. The caption of the image reads, “Imperial Base Planet-Star Destroyer Docking Base.” The image was credited to Ryan Church. 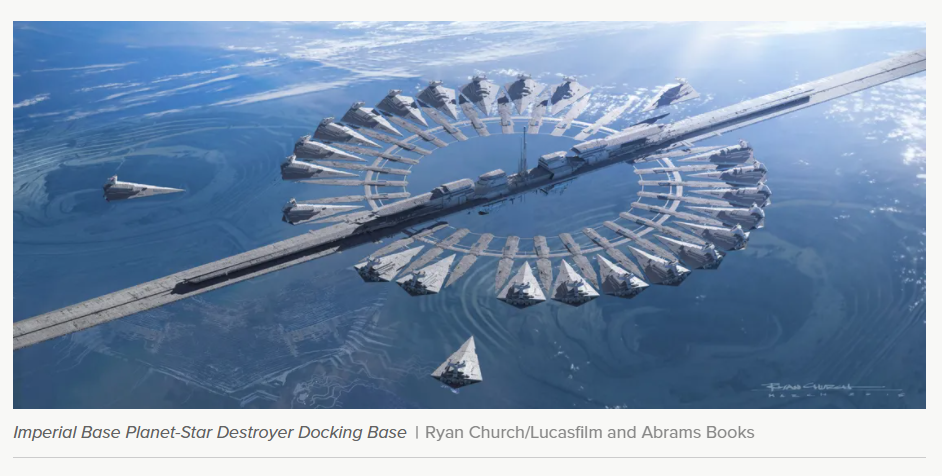 The image was also previously shared on the art website Imag. co and was shared widely on Reddit in 2019.

Thus, it is evident that an artwork first published in 2016 following the release of the ‘Rogue One: A Star Wars Story’ movie is now being shared as image of a secret space program.