A video is going viral on social media with a claim that ‘Bangladeshi Muslims’ living in Assam are now demanding a separate state.

(Translation: The most respected Chief Minister of Assam, King of Hindu Hearts, Hemanta Biswa Sarma Ji has let the Bangladeshis have it. Why? See the video to know) 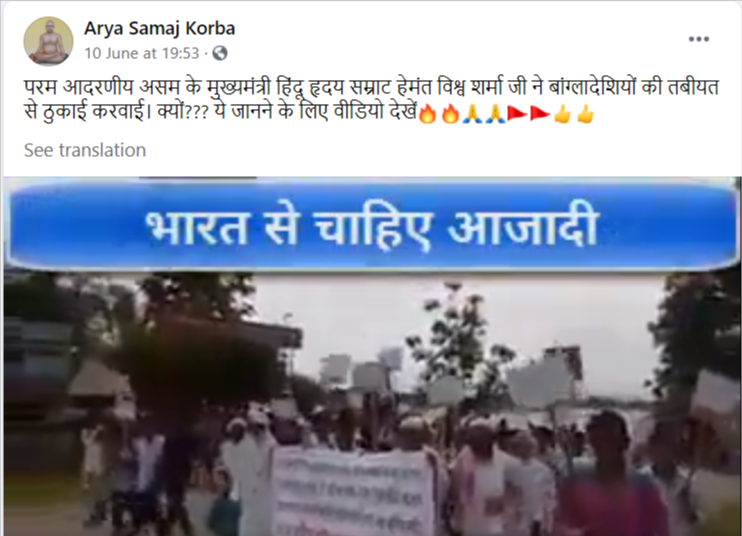 We extracted keyframes from the video, put them through Reverse Image Search and found out that the same video was uploaded on YouTube in July 2017. The links can be seen here and here.

We ran a keyword search based on the above video and found a report by the Indian Express from June 30, 2017. According to the report, one person – identified as Yakub Ali – was killed when police opened fire on a protesting mob that turned violent in Goalpara district in lower Assam. 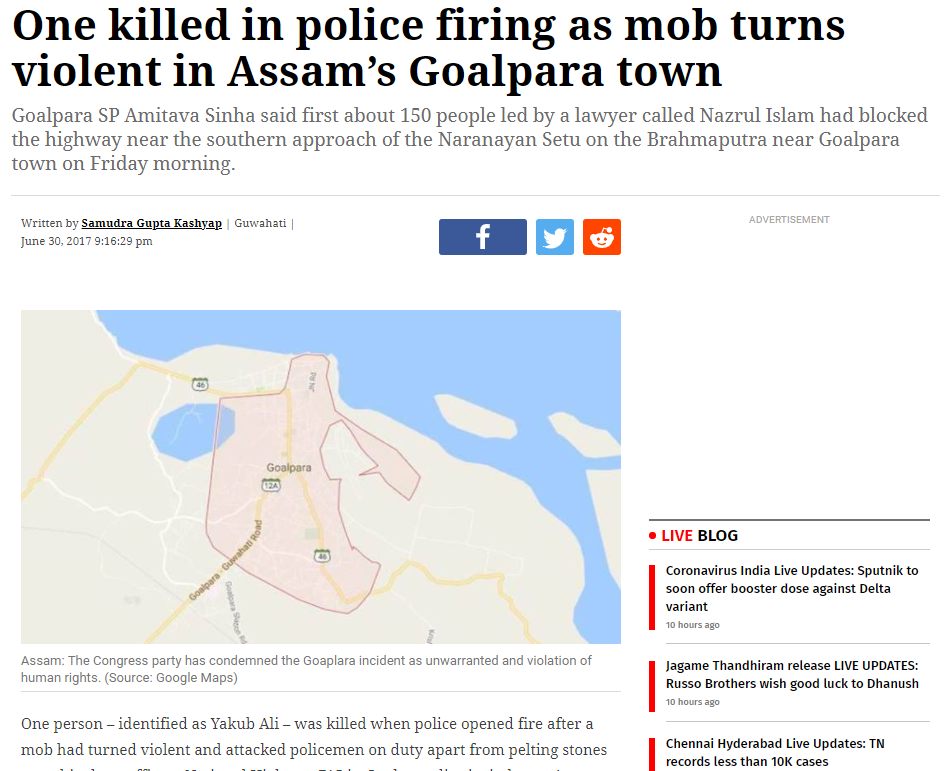 Upon searching further, we found the same video in an article by Scroll. The article stated that Ali was part of ‘a protest against the alleged harassment of Muslims by the state by falsely accusing them of being illegal migrants, or “D voters” as they call them in Khutamari’. 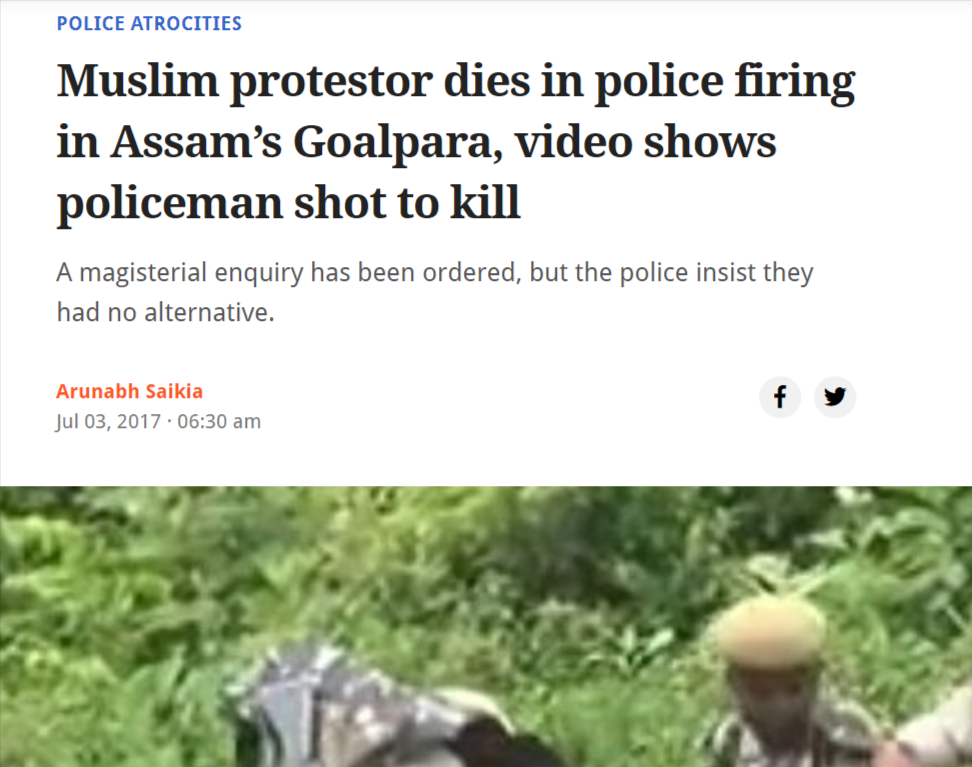 The longer version of the same video was uploaded by Hussain Ahmed Madani, who was also present at the location. The video was shared with the caption, “Heated situation in Gopalpara district. One person was killed and another was injured in a gunfight between the protesters and the police.”

Talking to The Wire, Hussain Ahmed Madani said, “About hundred people raising slogans demanding inclusion of genuine citizens in the NRC were stopped close to Naranarayan setu (a bridge over river Brahmaputra) by the police asking them for the permission letter to hold the protest. CRPF personnel were also present. The aim of the protesters was to block the National Highway 37 which connects Goalpara to the neighbouring Bongaingaon district (and thereafter to West Bengal). Though the protesters had applied for permission, it was not granted by the police.”

According to the official website of the Government of Assam, ‘Doubtful Voters are those persons who are identified during electoral roll revision as D Voters, cases of which are pending with the Foreigners Tribunals or as declared as foreigners by the Tribunal’.

The site also mentioned that ‘D-voters can apply for the inclusion of their names in the updated NRC. However, a D-Voter’s name will only be included in NRC after getting clearance from the Foreigners Tribunals and on the removal of their names as D-Voter from the Electoral Roll’.

The above information proves that the viral video was taken in 2017 during a protest in Assam and is being shared with a false narrative.