A video of a man who appears to be a soldier bidding goodbye to his family amidst what seems like a war zone is doing rounds on social media. The man in the video can be seen recording a message for his family informing them that he might not return home.

The post was shared with the caption, “Soldier says goodbye to family during war“ 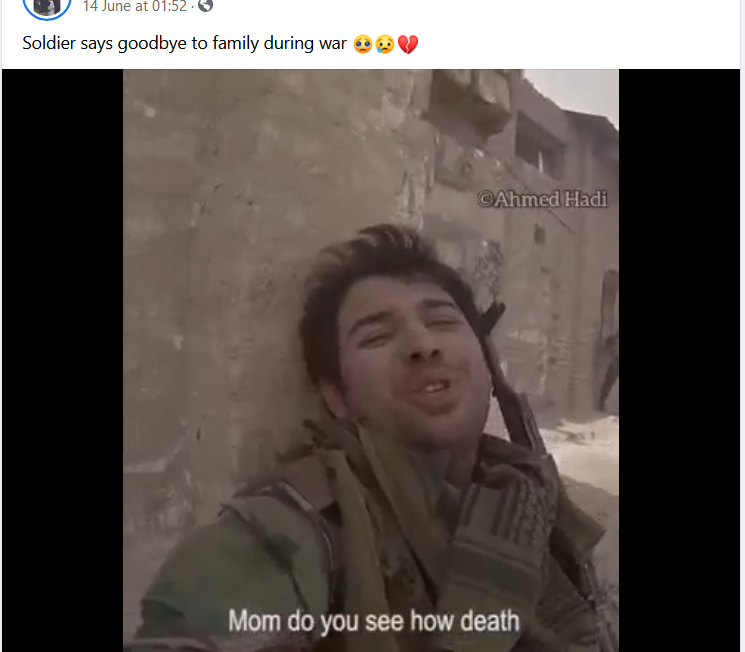 Similar posts can be found on Facebook here, here and here.

We took out keyframes of the video and put it through Reverse Image Search which directed us to a video published on Facebook on June 12, 2021. The video mentioned that the clip has been taken from the movie ‘Dialing’. 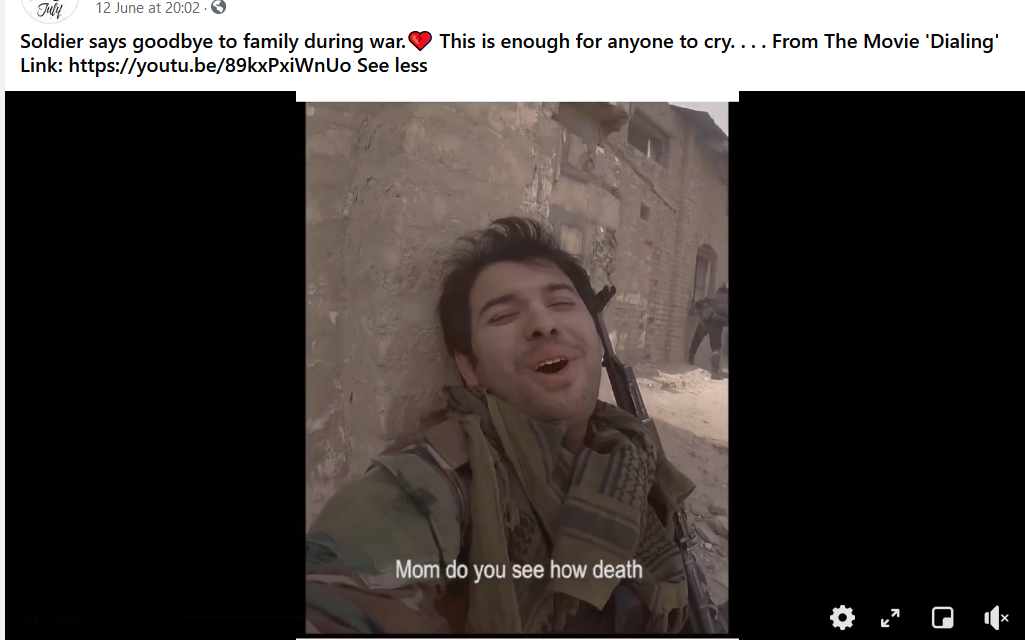 A link to a YouTube video was also mentioned in the post. The link redirected us to the short film ‘Dialing’ which was uploaded on August 15, 2017. 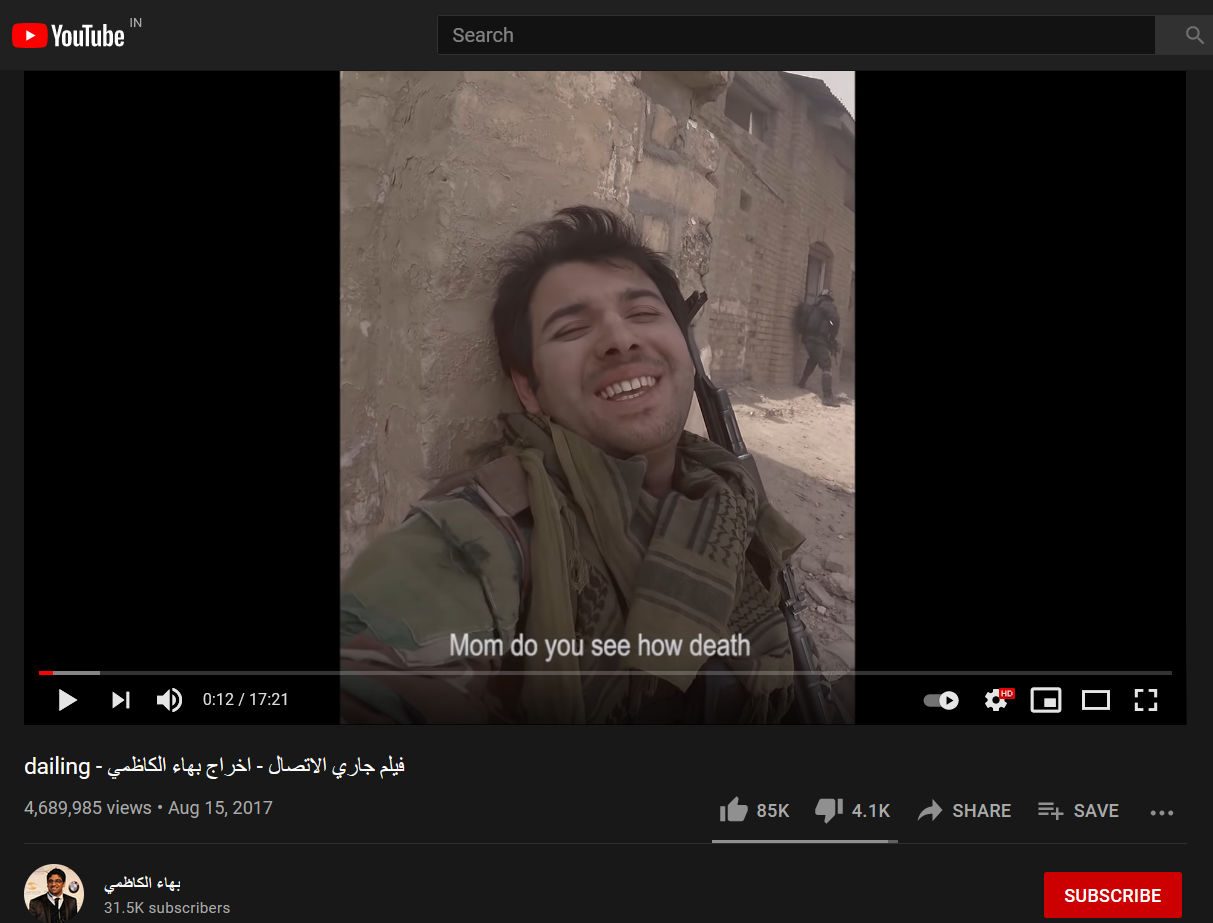 According to the video description, the movie depicts the story of an Iraqi woman who is traumatized by the loss of her son who is fighting with the Iraqi army against ISIS. The movie was premiered at Dubai International Film Festival in 2015.

The description also mentioned how a scene from the movie is being shared with false claims and sparked a wide debate on social media about whether the scene is real or not.

Thus, we conclude that a clip from a movie is being circulated with a false narrative.