Fact Check: Old Video Of A Man Vandalizing A Statue In Algeria Shared As That From Italy | Newsmobile
Wednesday, September 28, 2022

In the video, a man sporting a long beard wearing a white ankle-length garment is seen repeatedly striking the statue of a woman with a chisel. Later in the video, a few people in uniform appear and force the man down from the base of the statue.

The post is being shared on Facebook with a caption that reads, “A Muslim migrant destroying a statue in Italy, b’cos part of the body is showing. Europe does not know what is coming their way in next 5 to 15 years.” 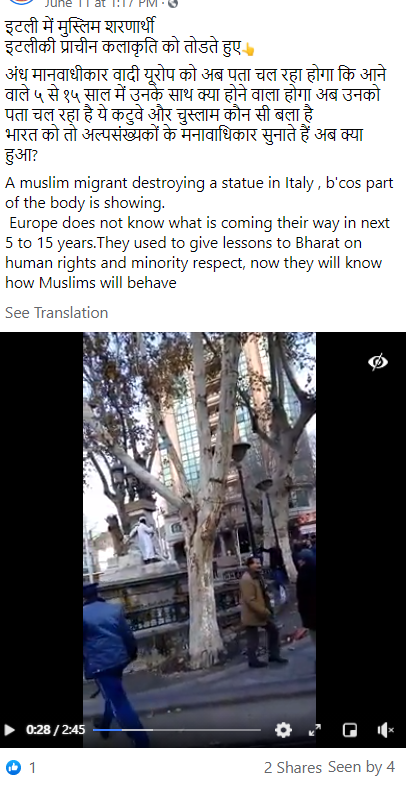 The video in context was broken down into keyframes using the Invid tool. We then performed a Reverse Image Search of certain keyframes that led us to an article published in 2017. “A man armed with a hammer and chisel vandalized the statue in the northern Algerian town of Sétif in Algiers on December 18, 2017,” stated the article. 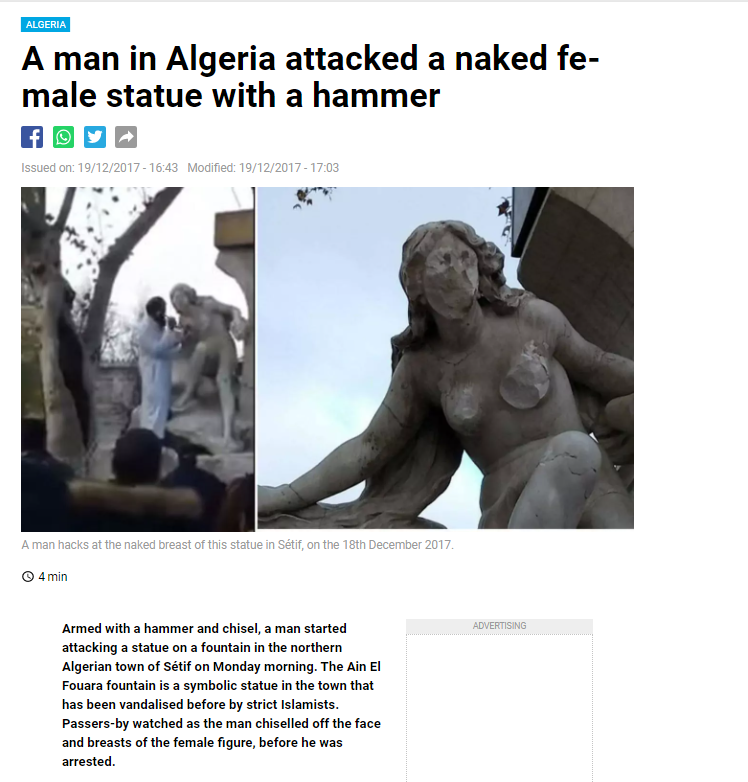 We found another article published in 2017 featuring the same viral video. The article stated that “a man has been arrested after hacking off the face and breasts of a naked female statue in Algeria.” 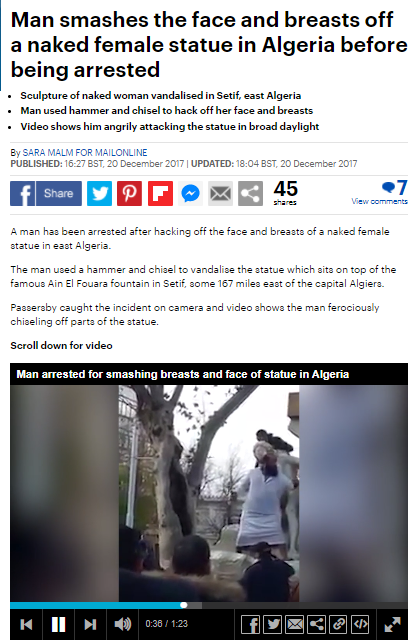 Several onlookers who recorded the incident also uploaded it on social media condemning it. Below is a tweet from December 18, 2017, the day of the incident, with the video included in it. According to the tweet, the video was recorded near the ‘Fountain of Ain El Fouara’.

A Google search of “Fountain of Ain El Fouara” confirmed that the statue is located in Avenue Du 8 Mai, Setif, Algeria.

A photograph of the statue is also present on Getty Images with the caption, “SETIF, ALGERIA – JULY 31: July 31th, 2012, Town of Setif, Algeria. Ain El Fouara fountain,” credited to Reza.

A Google street view of Ain El Fouara statue in Sétif matches the statue in the viral video. 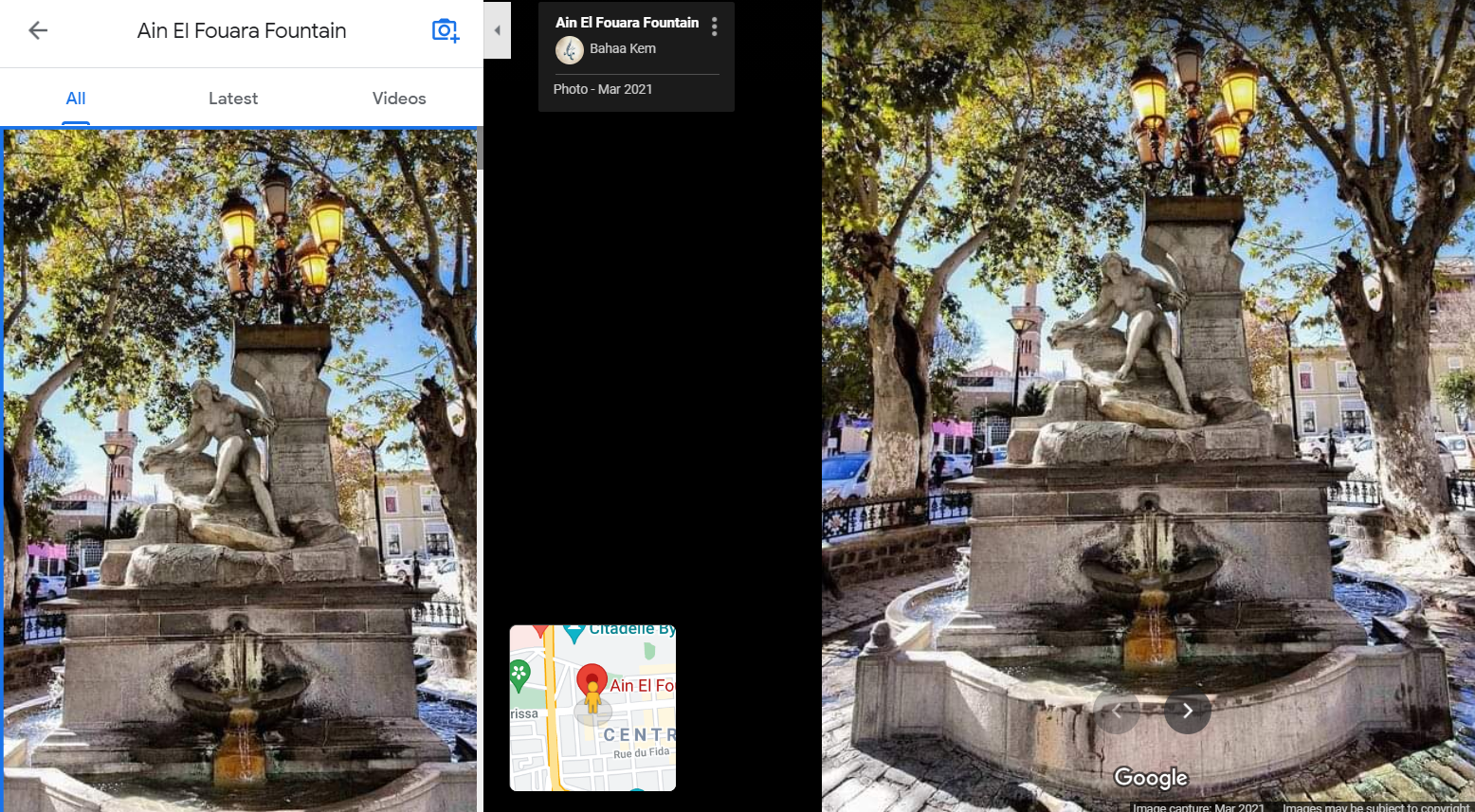 Though, we could not verify whether the man in the video was a migrant or not but it is evident from the above information that the video of a man vandalizing a statue in public with the claim “migrant Muslim destroying a statue in Italy” is misleading as the incident happened in Algeria.