A post along with a couple of images is being shared on social media claiming that  Hyderabad Police has warned people against consuming any soft drink. The post claims that an employee working in one of the soft drink manufacturing units had added his blood, contaminated by the Ebola virus, to the product.

The post is being shared on Facebook with a caption in Hindi that translates to, “Please forward all you friends. Hyderabad Police has warned India. For the next few days, don’t drink any cold drink like Mazza, Fanta, 7 up, coca-cola, mountain dew, Pepsi, etc. because the worker of one of these companies has mixed the contaminated blood of a dangerous virus called Ebola in it. This news was told yesterday by NDTV.” 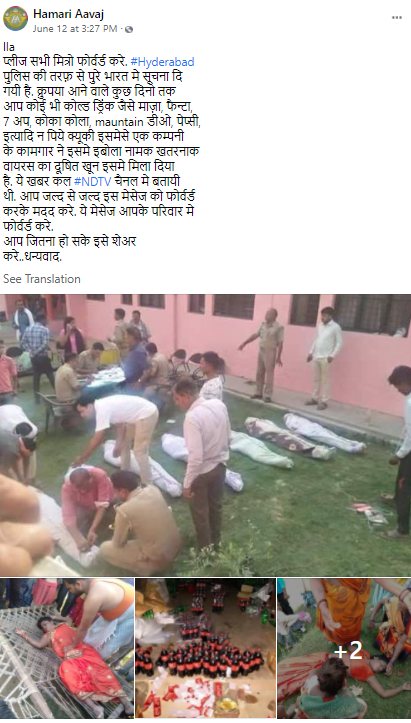 Starting with our investigation, we found out that the news had gone viral in 2019 as well. Addressing the issue, the Hyderabad Police took to Twitter to say that they have issued no such advisory. The tweet dated July 13, 2019, carrying a screenshot of the fake post said, “Fake news spreading on social media about cool drinks and warning from Hyderabad city police is a fake one and Hyderabad city police never released any message regarding this.”

We even searched for news reports by NDTV as it was being claimed in the viral post that they carried the report but could not find any news report corroborating the post.

Doing Reverse Image Search of the images of Coca-Cola bottles on the ground and two people inspecting two bottles, we found the photos were used in an article dated September 21, 2015, on the website of Morung.

The other image of people lying in the hospital was found in an article published by NDTV on November 3, 2014. The image was of relatives gathered around bodies in a hospital due to a suicide bomb attack that happened near the Wagah border on November 2. 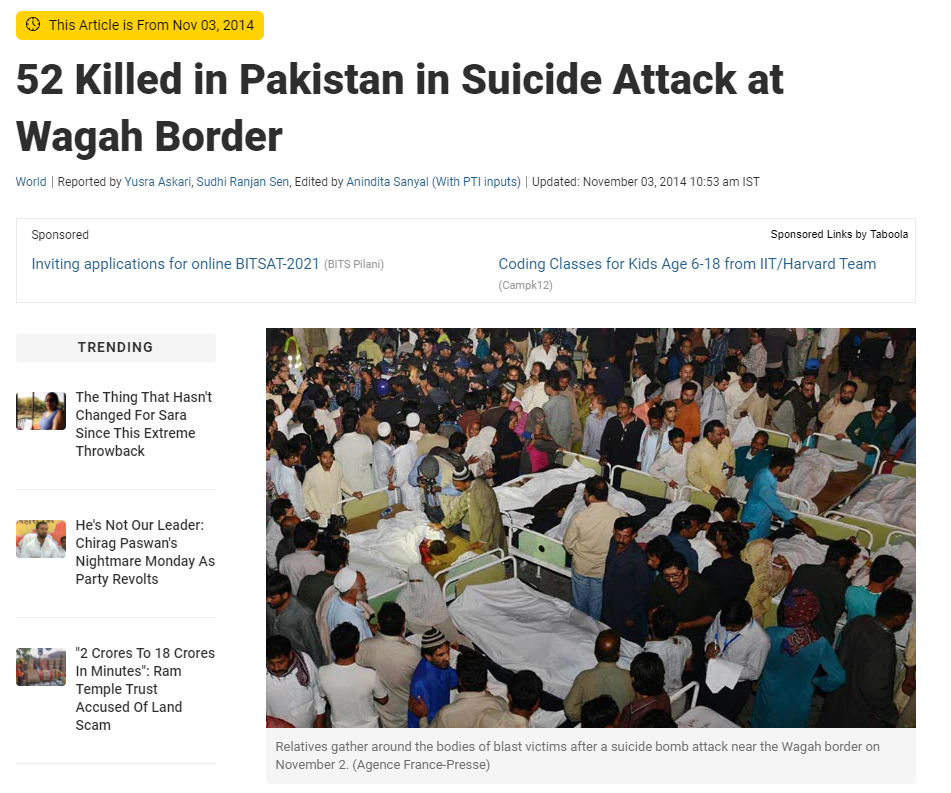 The other image of dead bodies lying was originally used by Rekha Verma, a politician from Uttar Pradesh. In a Facebook post dated April 29, 2018, she expressed her condolences over victims of a road accident on the National Highway in Lakhimpur Kheri area.

Hence, it is evident from the above post linked to Hyderabad Police is FALSE.