A video of a dance performance is doing rounds on social media with the claim that it shows two Chinese robots dancing at Shanghai Disneyland.

The caption of the Facebook post read: “This classical dance was created in China and broadcast at Shanghai Disneyland. They are not dance artists, but robots made in China. The performance time is only about 5 minutes, but the waiting time for tickets is 4 hours, and the ticket price is 499 yuan. ($75). It is more complex than Japan’s and has perfect facial expressions. Both dancers are robots. They look so real that they cannot be distinguished from actual people. This scares the heck out of me! Their robot technology is years ahead of ours”. 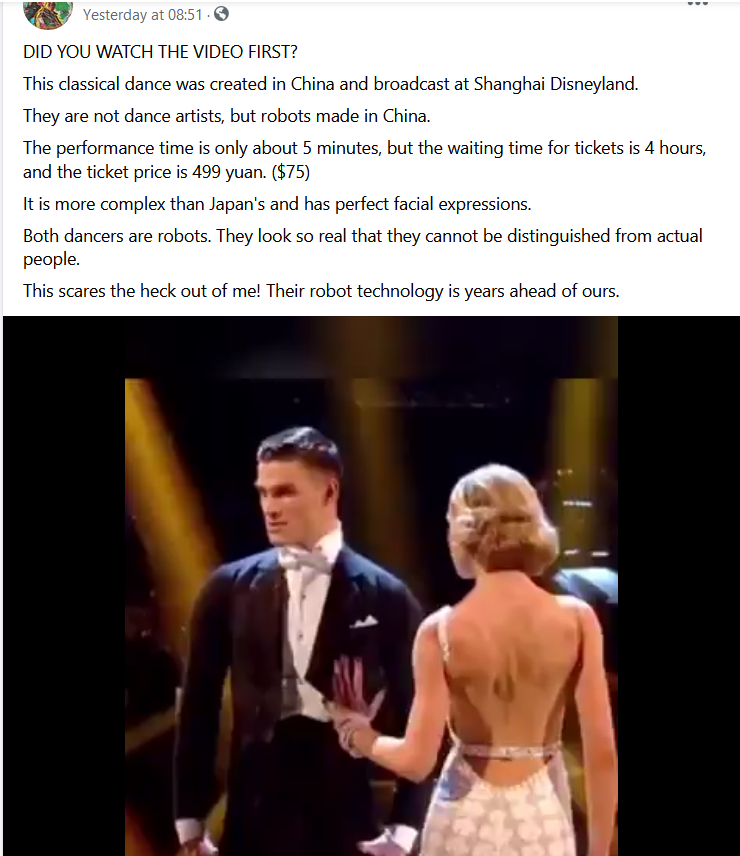 When we extracted the keyframes of the video and put them through Reverse Image Search, we found that the longer version of the video was posted on British public broadcaster, BBC’s YouTube channel on December 8, 2013. The caption of the video read, “Abbey Clancy & Aljaz dance the Viennesse Waltz to ‘Delilah’ – Strictly Come Dancing – BBC One.”

As per the description of the video, British TV personality Abbey Clancy and professional dancer Aljaz Skorjanec were performing on the dance reality show ‘Strictly Come Dancing’.

We found a snapshot from the same performance in an article by a British daily, The Daily Mail dated December 8, 2013. The headline of the article read, “You look like movie star and dance like a goddess’: Abbey Clancy is heaped with praise once again following waltz on Strictly Come Dancing.” 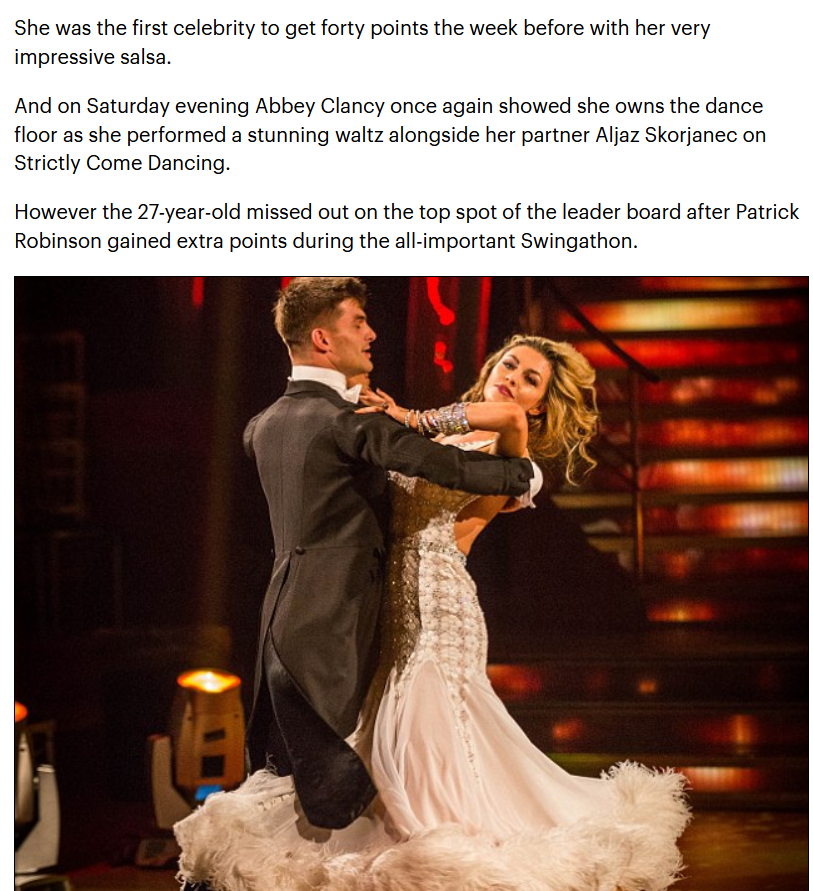 The article stated that Abbey Clancy performed a stunning waltz alongside her partner Aljaz Skorjanec on Strictly Come Dancing. They performed the Viennese Waltz to the Tom Jones classic Delilah.

Further, we found more performances of the duo on YouTube. They can be seen here and here. The duo was also named the winner of the reality show. 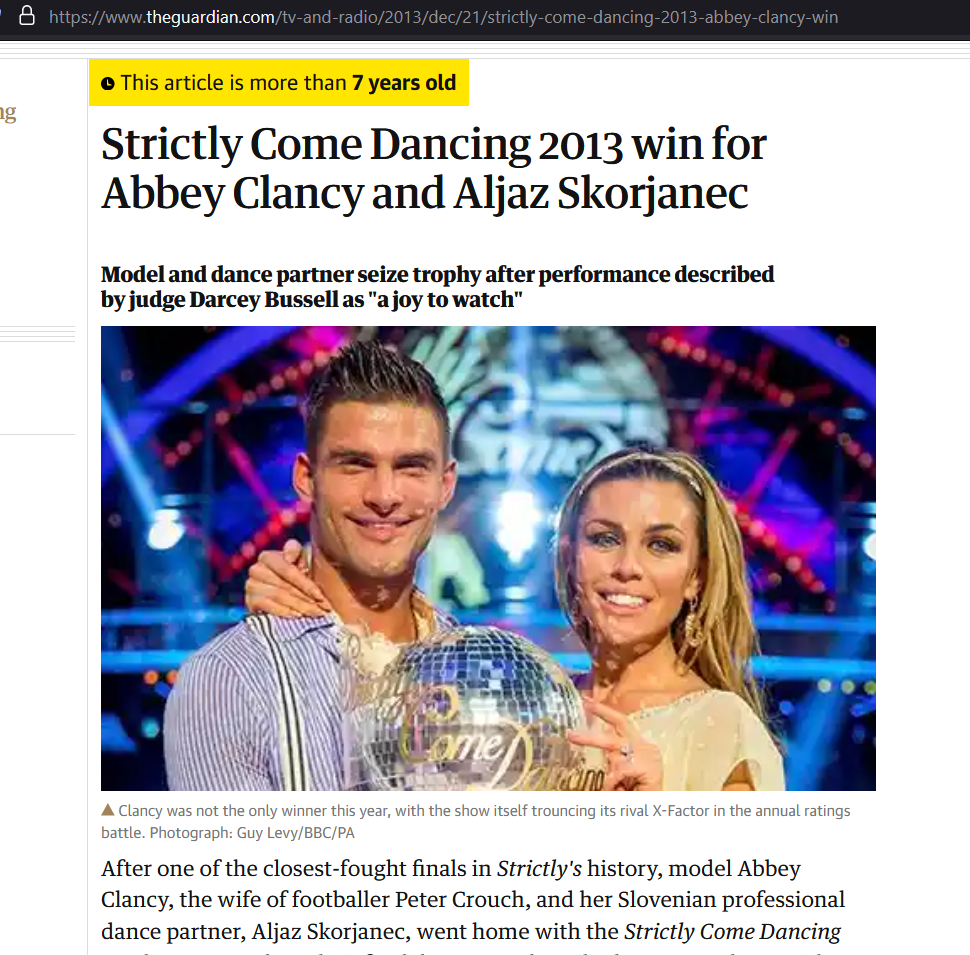 Lastly, we looked for media reports to check if there are any dancing robots at the Shanghai Disneyland but could not find any reports from a verified source to corroborate the claim.

The above information proves that the video in question does not show two robots performing at Shanghai Disneyland. Hence, the claim is fake.