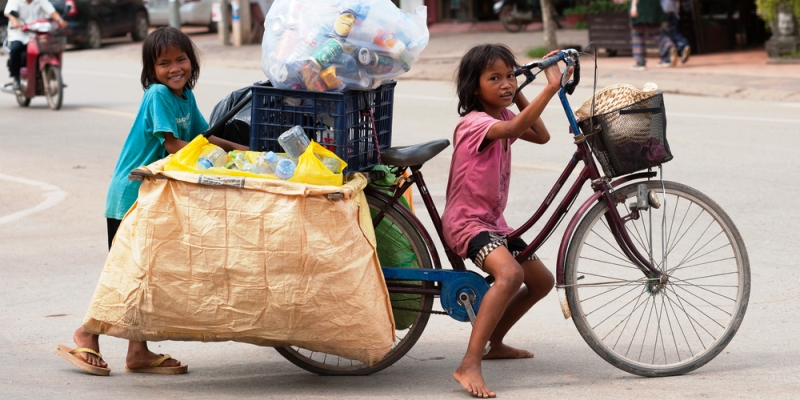 For the first time in two decades, the number of children in child labour has shown a rise.

According to the latest report published by the International Labour Organization (ILO) and UNICEF on Thursday, the number of children in child labour has risen to 160 million worldwide – an increase of 8.4 million children in the last four years – with millions more at risk due to the impacts of COVID-19.

The report – ‘Child Labour: Global Estimates 2020, Trends And The Road Forward’ – warns that progress to end child labour has stalled for the first time in 20 years, reversing the previous downward trend that saw child labour fall by 94 million between 2000 and 2016.

The ILO & @UNICEF have released a joint New Global Estimates of Child Labour report feat. latest trends on numbers of children in child labour globally & includes estimates of those at additional risk due to the #COVID19 pandemic.

This is the first-ever joint ILO-UNICEF report on child labour estimates and forms part of a broader inter-agency effort to measure and monitor progress towards target 8.7 of the Sustainable Development Goals. Estimates are based on the extrapolation of data from 106 surveys covering more than 70 per cent of the world population of children aged 5 to 17 years old.

“The new estimates are a wake-up call. We cannot stand by while a new generation of children is put at risk,” said ILO Director-General Guy Ryder. “Inclusive social protection allows families to keep their children in school even in the face of economic hardship. Increased investment in rural development and decent work in agriculture is essential. We are at a pivotal moment and much depends on how we respond. This is a time for renewed commitment and energy, to turn the corner and break the cycle of poverty and child labour.”

In sub-Saharan Africa, population growth, recurrent crises, extreme poverty, and inadequate social protection measures have led to an additional 16.6 million children in child labour over the past four years.

Even in regions where there has been some headway since 2016, such as Asia and the Pacific, and Latin America and the Caribbean, COVID-19 is endangering that progress.

The report warns that globally, nine million additional children are at risk of being pushed into child labour by the end of 2022 as a result of the pandemic. A simulation model shows this number could rise to 46 million if they don’t have access to critical social protection coverage.

Additional economic shocks and school closures caused by COVID-19 mean that children already in child labour may be working longer hours or under worsening conditions, while many more may be forced into the worst forms of child labour due to the job and income losses among vulnerable families.

“We are losing ground in the fight against child labour, and the last year has not made that fight any easier,” said UNICEF Executive Director Henrietta Fore. “Now, well into a second year of global lockdowns, school closures, economic disruptions, and shrinking national budgets, families are forced to make heart-breaking choices. We urge governments and international development banks to prioritize investments in programmes that can get children out of the workforce and back into school, and in social protection programmes that can help families avoid making this choice in the first place.”

KEY TAKEAWAYS FROM THE REPORT

Children in child labour are at risk of physical and mental harm. Child labour compromises children’s education, restricting their rights and limiting their future opportunities, and leads to vicious inter-generational cycles of poverty and child labour.

To reverse the upward trend in child labour, the ILO and UNICEF are calling for:

World Day Against Child Labour is observed on June 12 globally. It was launched by the International Labour Organization (ILO), an agency of the United Nations, in 2002. This year’s theme is ‘Act now: End child labour’.