The post has been shared on Facebook with a caption in Hindi that translates to, “In Jammu and Kashmir, the settlement established under Rohingya jihadis is being uprooted. We are unable to install such a large wooden window in our homes and they had enjoyed the special package given to Jammu and Kashmir from the Center till the removal of Article 370 by exploiting the rich nature.” 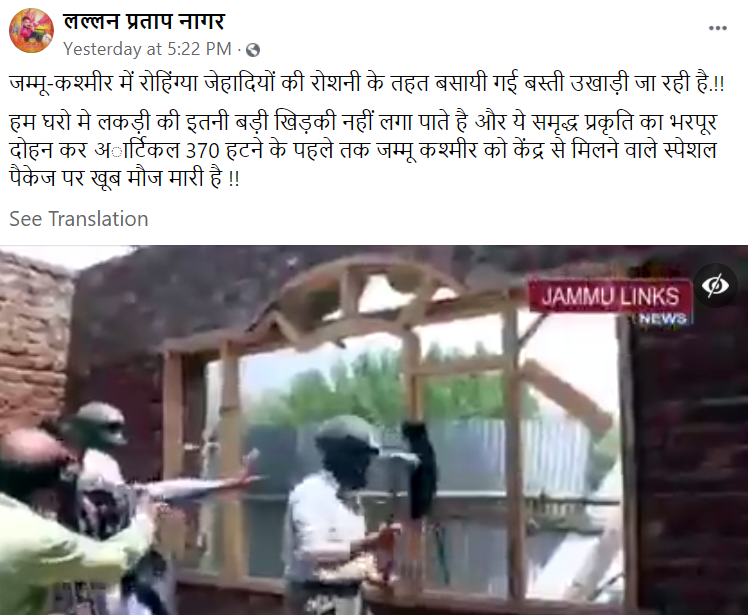 The video in the post carries a watermark that reads ‘JAMMU LINKS NEWS’. Taking a cue from this, a YouTube search led us to the original video uploaded on a channel with the same name on June 5.

Further search with relevant keywords directed us to a news report by ETV Bharat which reported the same incident. According to this report, Lakes & Waterways Development Authority (LAWDA) of Jammu & Kashmir demolished illegal encroachments in Lashkari Mohalla, Dobi Mohaka, Barzahama, Wangat, Tel Bill, Nishat and other adjoining areas. Nowhere in the article was it mentioned that the demolition of illegal encroachment is related to Rohingyas. 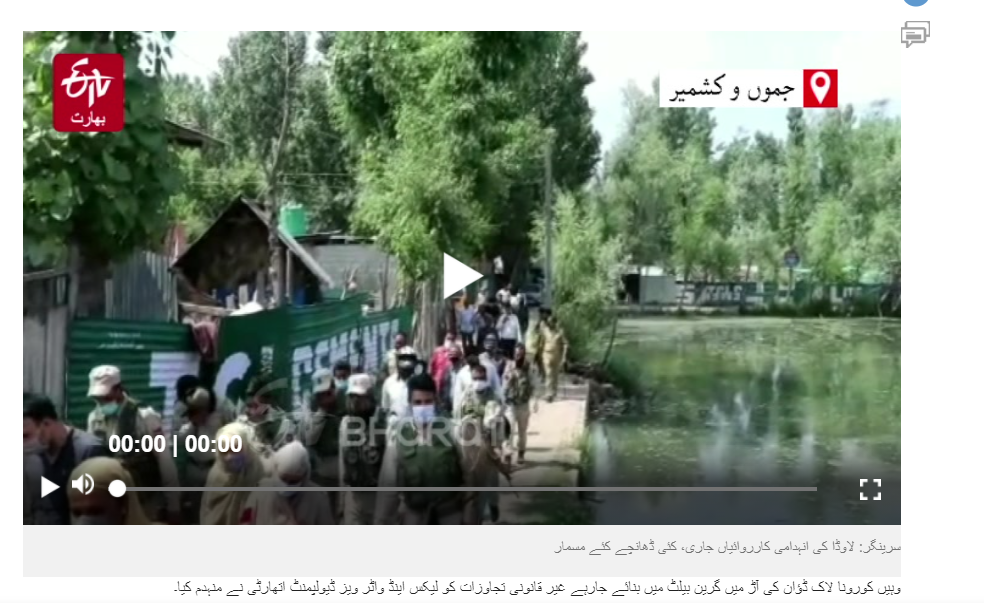 Further, multiple local news agencies reported the same incidents and published similar visuals. According to these reports, the video shows LAWDA officials demolishing illegal encroachments along Dal Lake which were erected without any prior permission. These reports can be read here, here & here. Few other videos related to the demolition drive can be seen here and here. 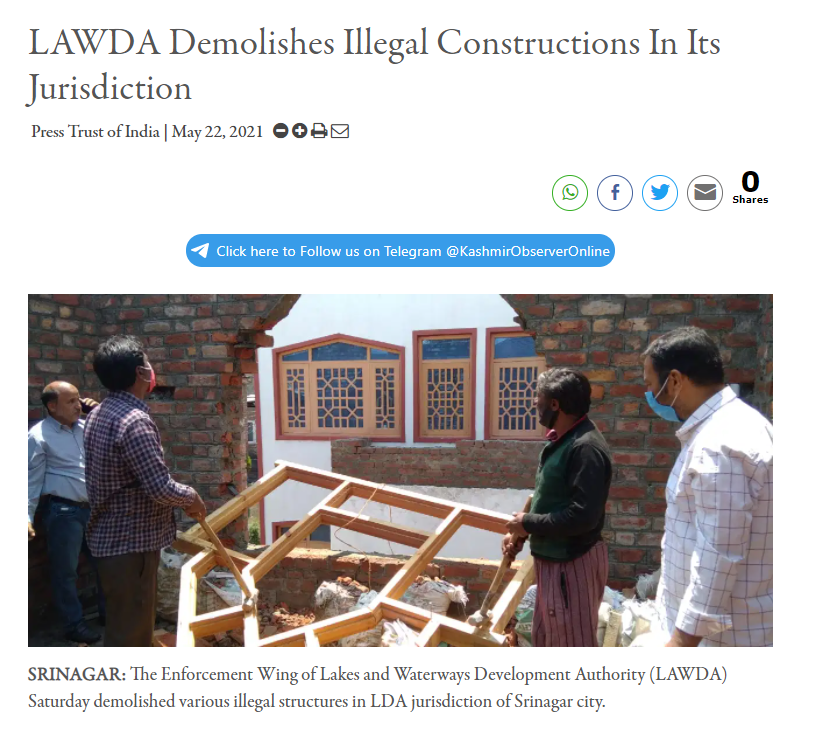 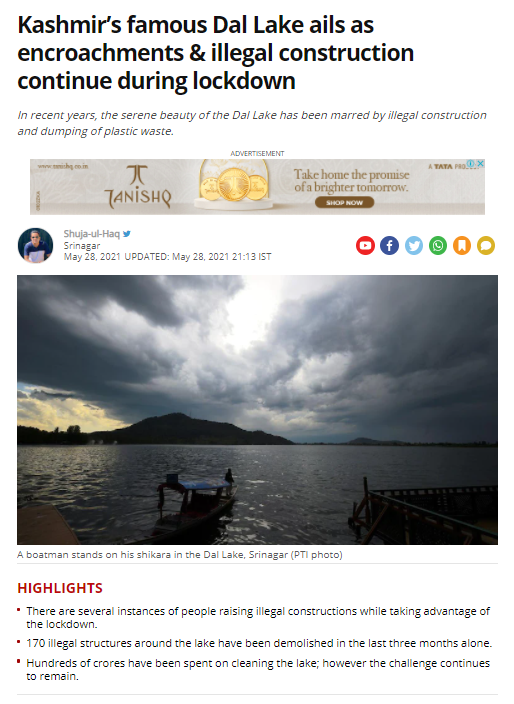 Thus, it can be concluded that the demolition of illegal encroachments along Dal Lake is being falsely linked to Rohingyas.