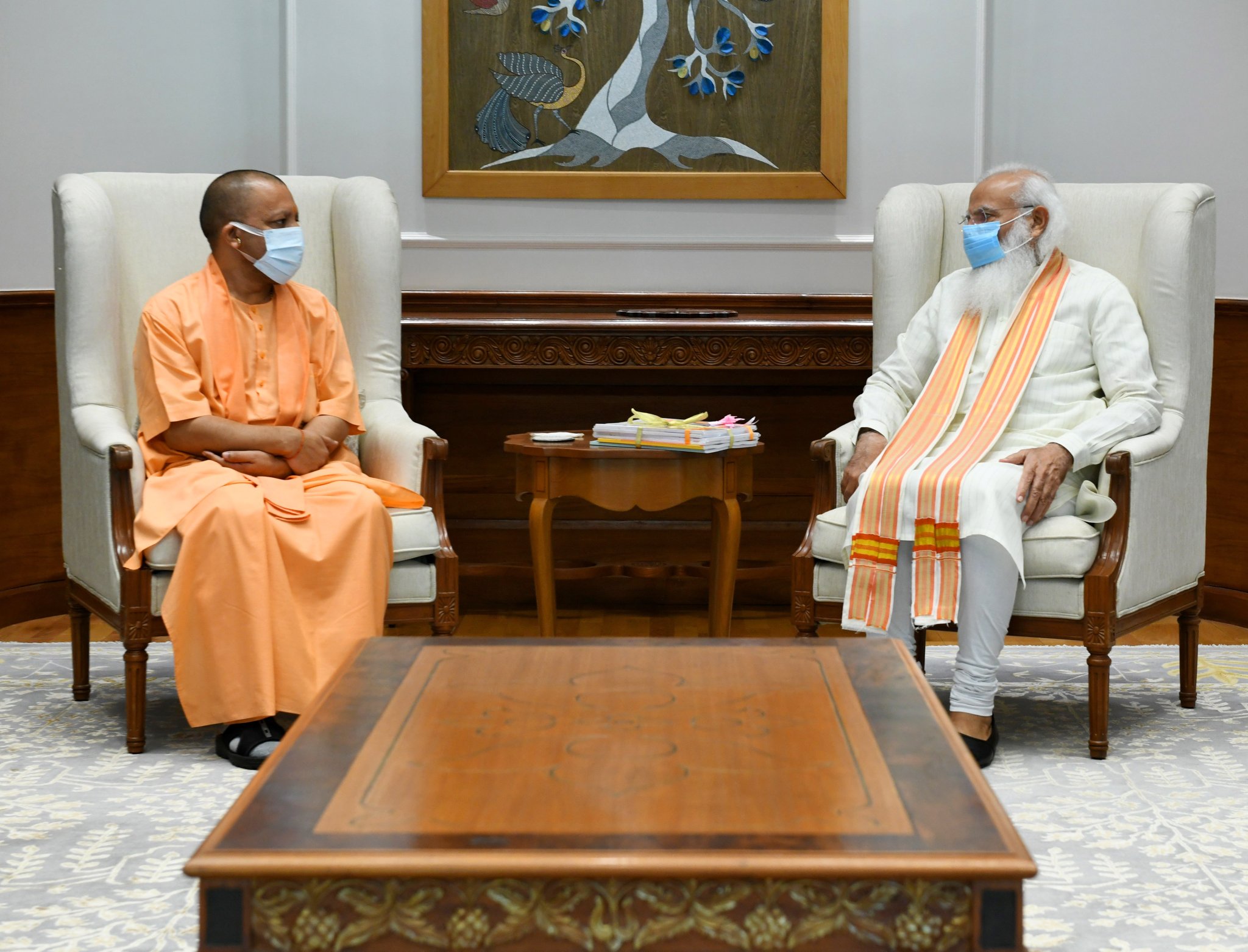 Amid speculations of expansion of the Uttar Pradesh cabinet ahead of Assembly elections next year, Chief Minister Yogi Adityanath, who is on a two-day visit to Delhi, met Prime Minister Narendra Modi at his residence on Friday.

This meeting assumes significance in the backdrop of the BJP holding a series of review meetings in Lucknow with an eye on the upcoming state assembly elections. Yogi Adityanath had also met Home Minister Amit Shah at his residence on Thursday and called on party President J P Nadda post his meeting with PM Modi as well.

Sources say Yogi Adityanath’s Delhi trip is to give the latest report of a meeting he had with with UP BJP leaders including state BJP chief Swatantra Dev Singh and state General Secretary Sunil Bansal.

Amid growing criticism of his ‘mishandling’ of the COVID-19 second wave in the state, there have been murmurs that the party is looking at the possibility of a change in leadership considering that state polls are round the corner.

After meeting the Home Minister on Thursday, Adityanath had tweeted: “Met respected Union Home Minister Amit Shah in New Delhi as a courtesy and received his guidance. Heartfelt thanks to the respected home minister for his time.”

With hawk’s eye on elections, BJP has decided to strengthen the party in the state by seeking feedback from its leaders in the wake of the outcome of panchayat polls and the murmurs from some sections over handling of the COVID-19 situation.

The party has also decided to prepare a strategy based on feedback received from its state leaders and ministers in the Yogi Adityanath government, strengthen the image of the state government and resolve the issues in the state.