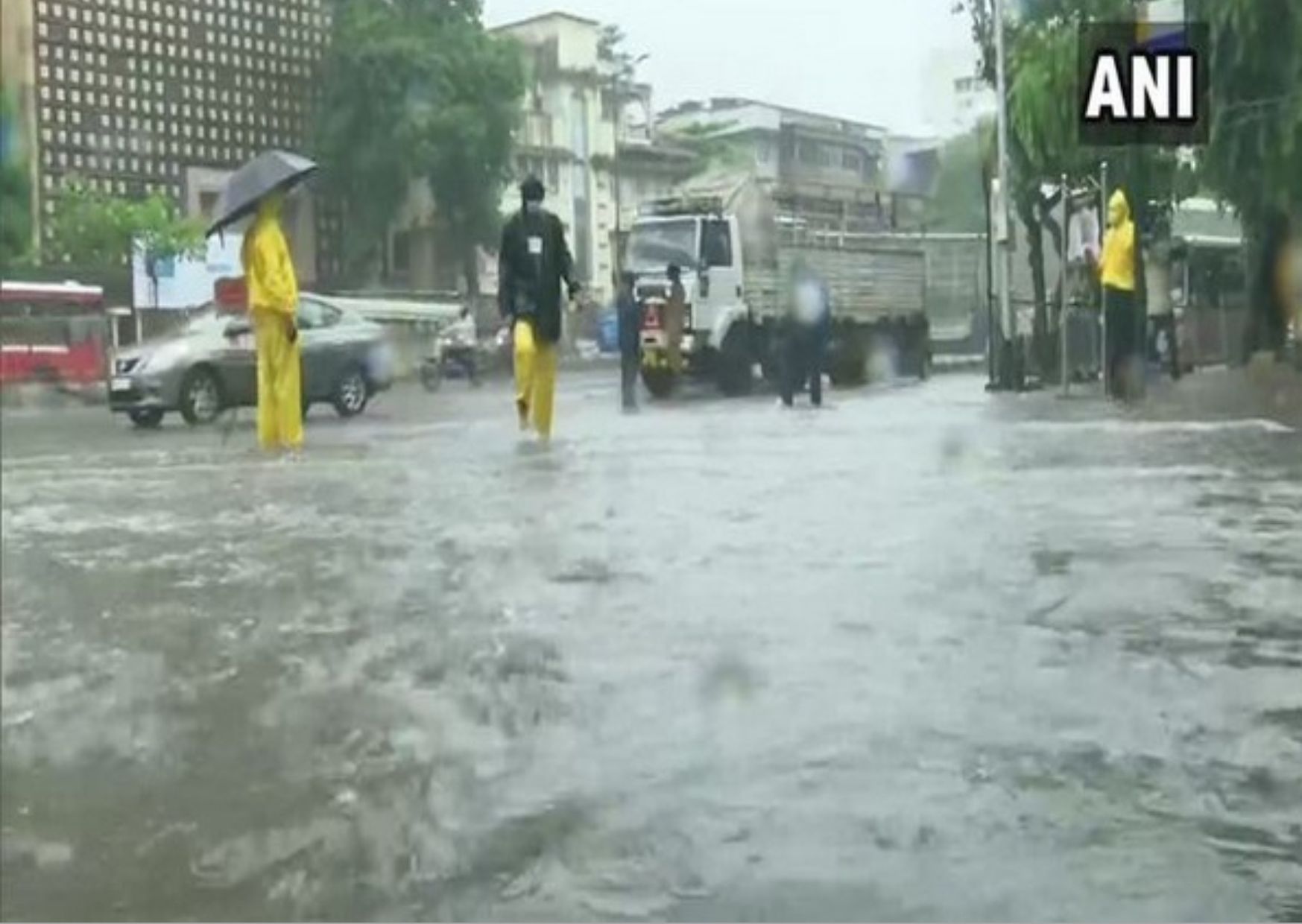 As heavy rains continue to lash Mumbai and other parts of Maharashtra, several low-lying areas of Mumbai were flooded.

The flooded roads also disrupted road traffic. The services of Mumbai local trains were suspended on several routes and many trains were delayed due to heavy rains and flooded.

Local train services from Kurla to CSMT (UP, @central_railway and Harbour) has been suspended due to heavy rains and waterlogging in certain areas.#MyBMCUpdates

The southwest monsoon has set over Mumbai and neighboring areas, as the India Meteorological Department (IMD) issued a red alert for Mumbai on Wednesday and an orange alert for the next 4 days.

IMD issues red alert in Mumbai, Palghar & Thane districts for today and orange alert for the next four days pic.twitter.com/wG8uz5XdNT

According to data from the Santacruz observatory, Mumbai recorded 220.6 mm rain from between 8.30 am and 5.30 pm on Wednesday.

The Central Railway, however, later took to Twitter to update passengers that Mumbai local trains would be running on all routes on Thursday (June 10). The Central Railway CPRO said Railways have kept all machinery on alert mode and is keeping a close eye on the situation.

Trains are running on all corridors.

There is high tide of 4.26mtrs at 12.17hrs and forecast of heavy rainfall. Railways have kept all machineries on alert mode and monitoring the situation closely.

Fifteen teams of the National Disaster Response Force (NDRF) have been positioned in various parts of Maharashtra keeping in mind the heavy rains.

Four teams have been based in Ratnagiri, two each in Mumbai, Sindhudurg, Palghar, Raigad, Thane and one in Kurla (east Mumbai suburb), NDRF Director General S N Pradhan said in a tweet.