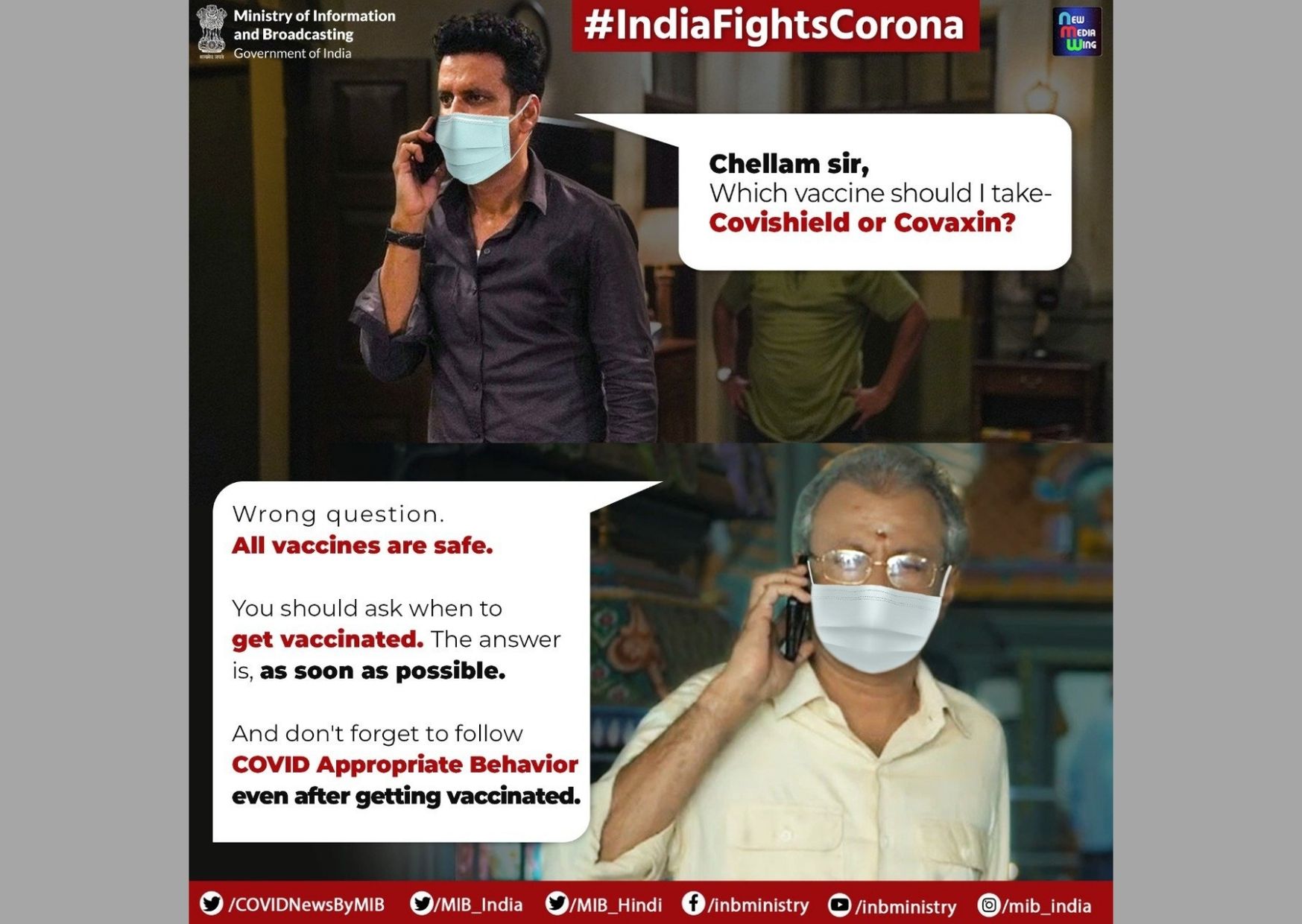 The COVID-19 vaccination drive in India is in full swing. However, there is also vaccine hesitancy caused by fake news and misapprehensions regarding them.

To tackle the vaccine hesitancy, the Ministry of Information and Broadcasting on Thursday joined the meme tribe of the popular web series – The Family Man 2. The ministry tweeted a meme showing two of the popular characters from the series to raise awareness about COVID-19 vaccine.

In the meme, Srikant Tiwari (character played by Manoj Bajpayee) can be seen asking show’s famous character Chellam Sir which vaccine he should take. To which, he replies that all vaccines are safe.

Chellam Sir, who is a retired top intelligence officer in the espionage thriller, also asks Tiwari to take a vaccine as soon as possible (ASAP). The meme is directly derived from the nature of the characters in the Amazon Prime web series.

Srikant: Chellam sir, Which vaccine should I take – #Covishield or #Covaxin? #ChellamSir: “Wrong question. All vaccines are safe. You should ask when to #GetVaccinated. The answer is, as soon as possible.”#We4Vaccine #LargestVaccineDrive@BajpayeeManoj pic.twitter.com/xcJte0KbFY

In the web series, Chellam sir is seen helping Tiwari whenever there’s a crisis during the mission. The series follows the life of a spy, Srikant Tiwari, played by actor Manoj Bajpayee.

The show traces the life of Tiwari who is working for an anti-terror agency and also dealing with problems within his family. The second season features south Indian superstar Samantha Akkineni as the antagonist.