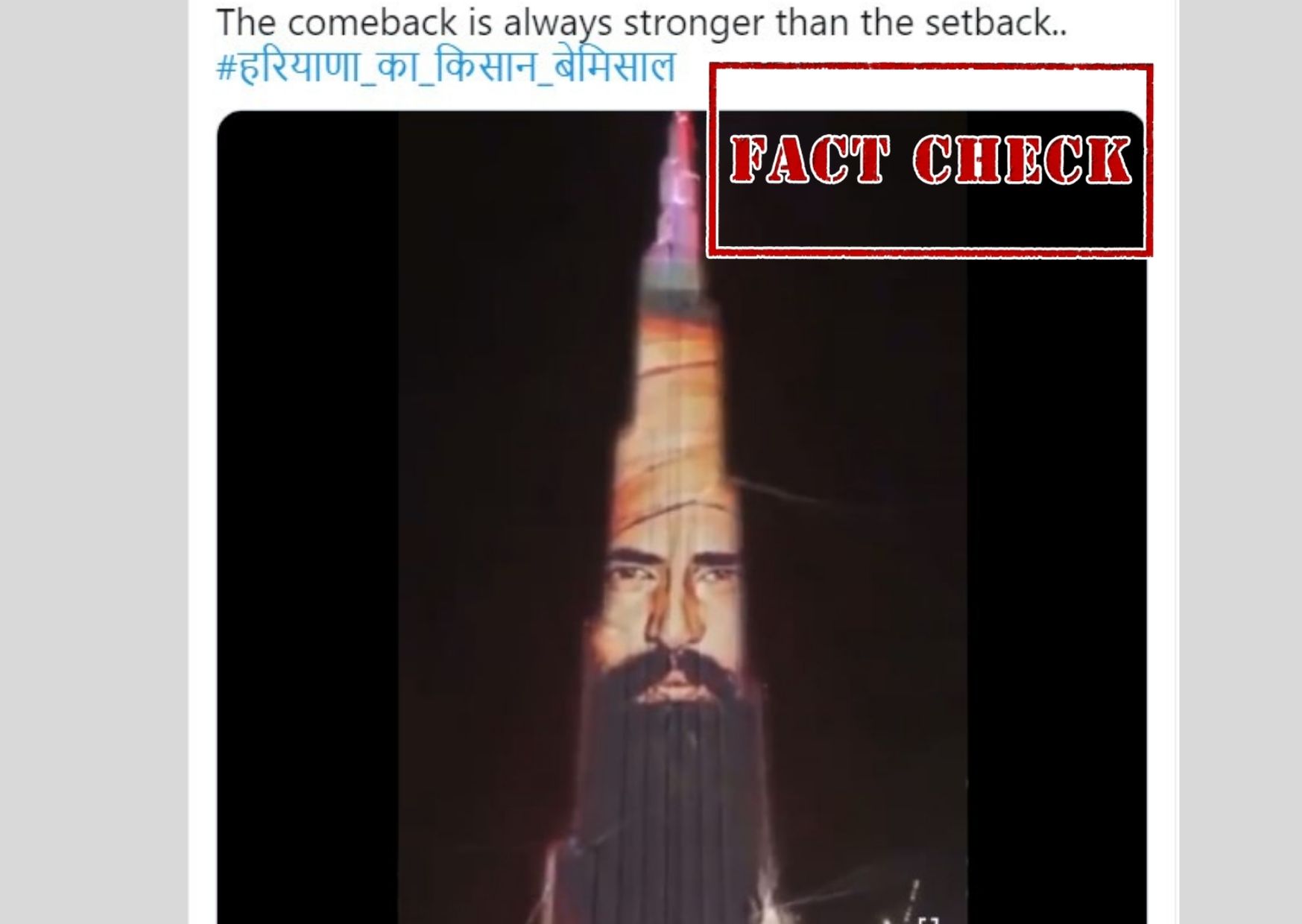 Dubai’s Burj Khalifa is the world’s tallest building where light shows are organized on special occasions. Photos and videos of these shows are also shared from Burj Khalifa’s official social media accounts.

Recently, a video has gone viral on social media showing the image of a man sporting an orange turban on Burj Khalifa claiming that picture shows Jarnail Singh Bhindranwale.

Bhindranwale was a Khalistani terrorist who died in ‘Operation Bluestar’ in 1984.

A Twitter user shared the video with a caption, “The comeback is always stronger than the setback.. #हरियाणा_का_किसान_बेमिसाल” 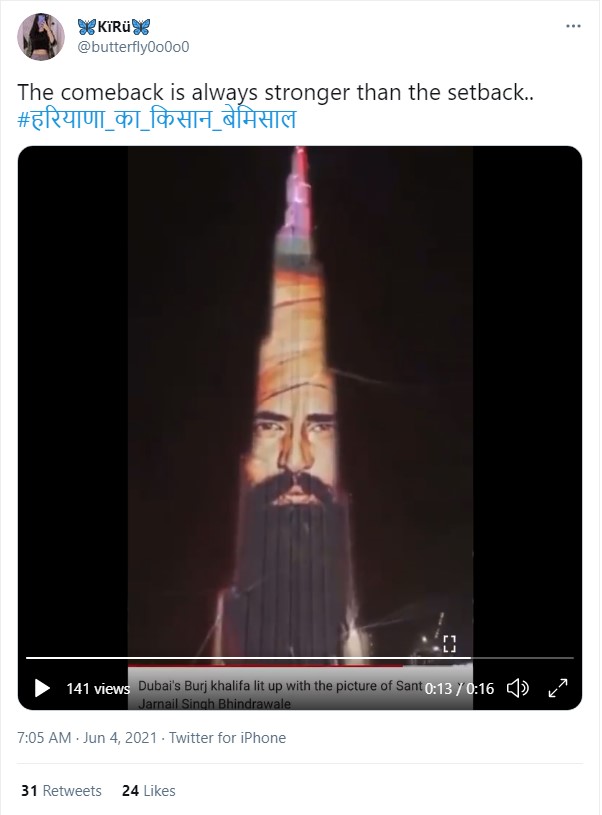 Several other users on Facebook have shared the video with the same claim. On checking, we found this video is doing rounds on social media since 2019.

Post carrying the same video can be found here, here, and here.

We neither found any such video posted on Burj Khalifa’s official social media pages nor did we find any credible news reports stating the same, which otherwise would have made headlines.

On checking further, we found a similar video uploaded on YouTube on February 18, 2018, showing the same visuals. As per the description of the video, the visuals are from 2018 and came up on the occasion of the Chinese New Year.

The event whose video was also uploaded by Emaar Dubai’s official YouTube channel on February 17, 2018. According to details of the Chinese New Year 2018 event, given in the YouTube description, Emaar presented the show with a spectacular theme at Burj Khalifa, which was attended by hundreds of people.

Emaar Properties is the construction company behind Burj Khalifa.

In Emaar Dubai’s YouTube video, at exactly 3 minutes 22 seconds, one can see the same visuals as in the viral video. Below is the comparison of the keyframes from both videos. 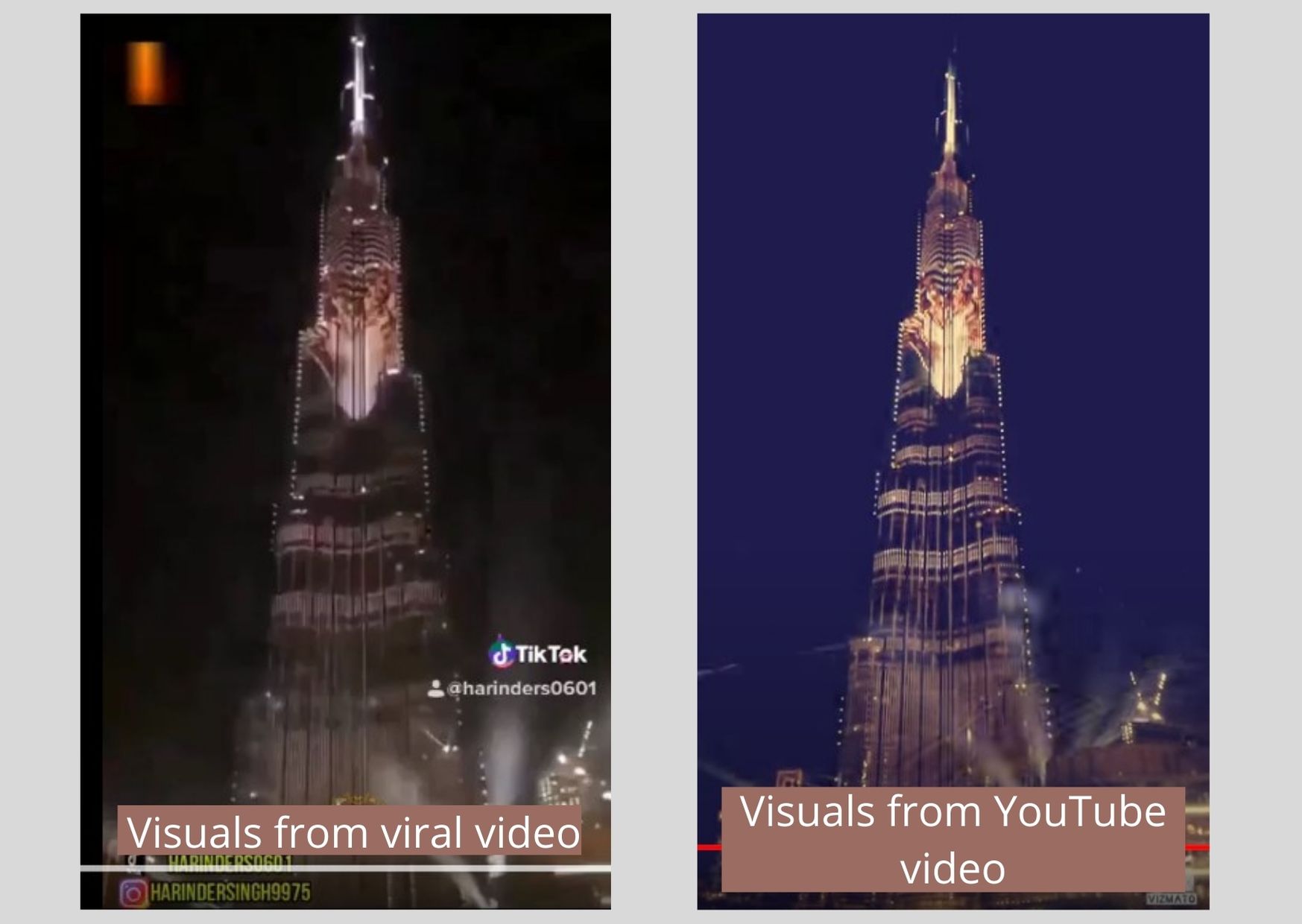 The Burj Khalifa’s video from Chinese New Year 2018 does not show Jarnail Singh Bhindranwale in the video.

Hence, we can conclude that the viral video is edited and false.