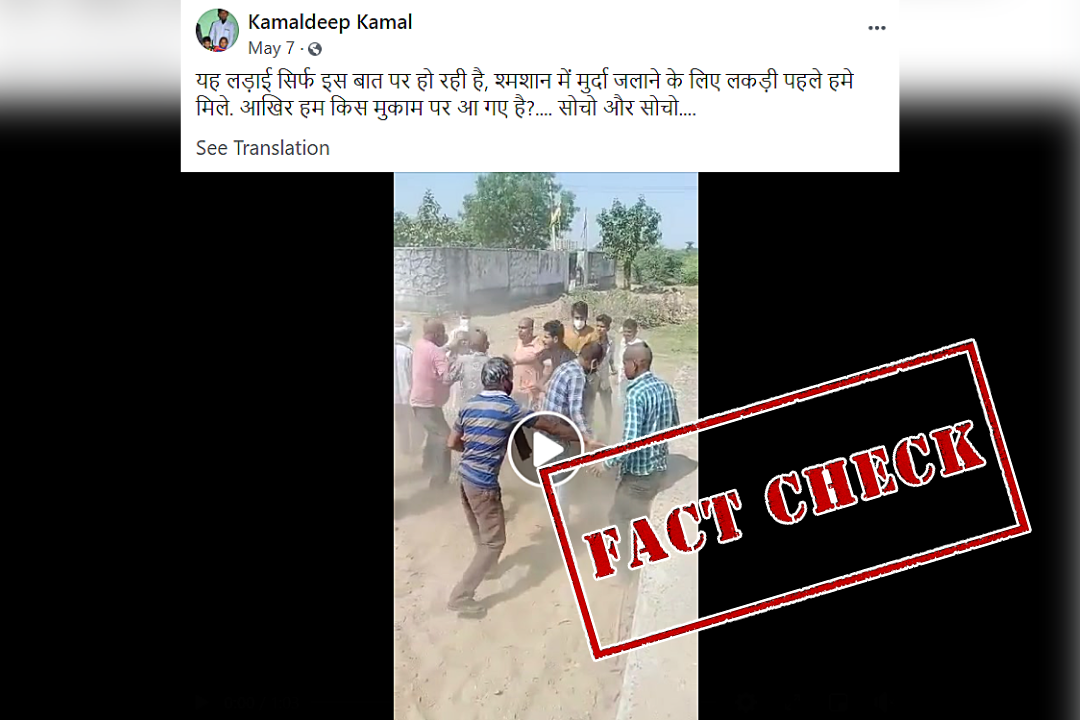 A video has gone viral on social media in which some people can be seen fighting amongst themselves. It is being claimed that the fight took place at a cremation ground due to paucity of wood to cremate the body. The post claimed that the fight was essentially between two groups who were arguing as to which body should be cremated first.

The video is being shared on Facebook with a caption in Hindi that translates to, “This fight is happening only because on one thing, who will get the wood first to burn the dead in the crematorium. What have we come to?” 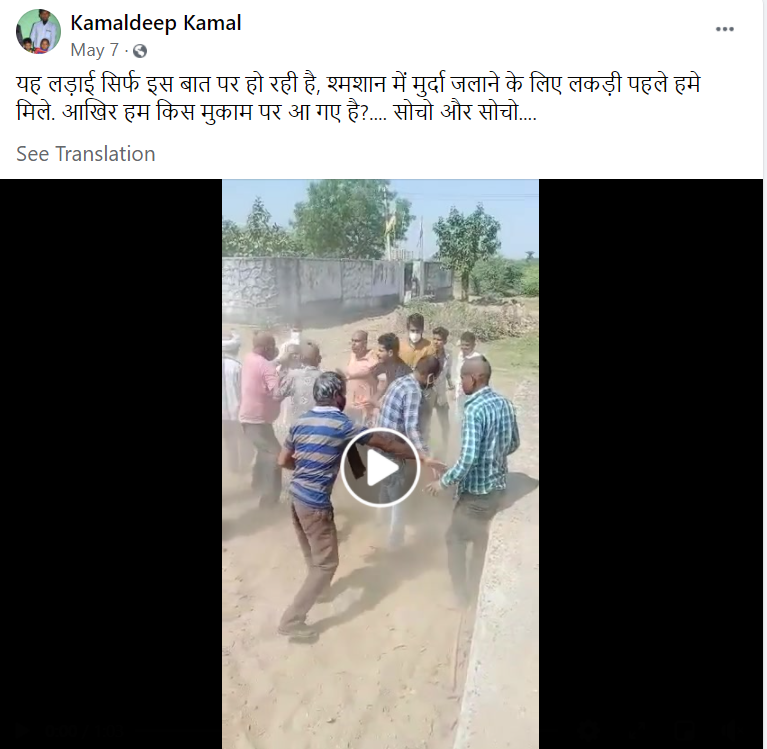 On running a Reverse Image Search of the keyframes, we found this video in a news bulletin uploaded on May 5, 2021, on the verified YouTube channel of inkhabar.

According to the report, this incident happened in Bhilwara, Rajasthan, where after the death of the father, there was a fight between three brothers in the crematorium itself.

Taking a cue from this, we found a news article published on the website of tv9hindi.com on May 7, in which this incident was mentioned. The picture in the news report is a part of this video. 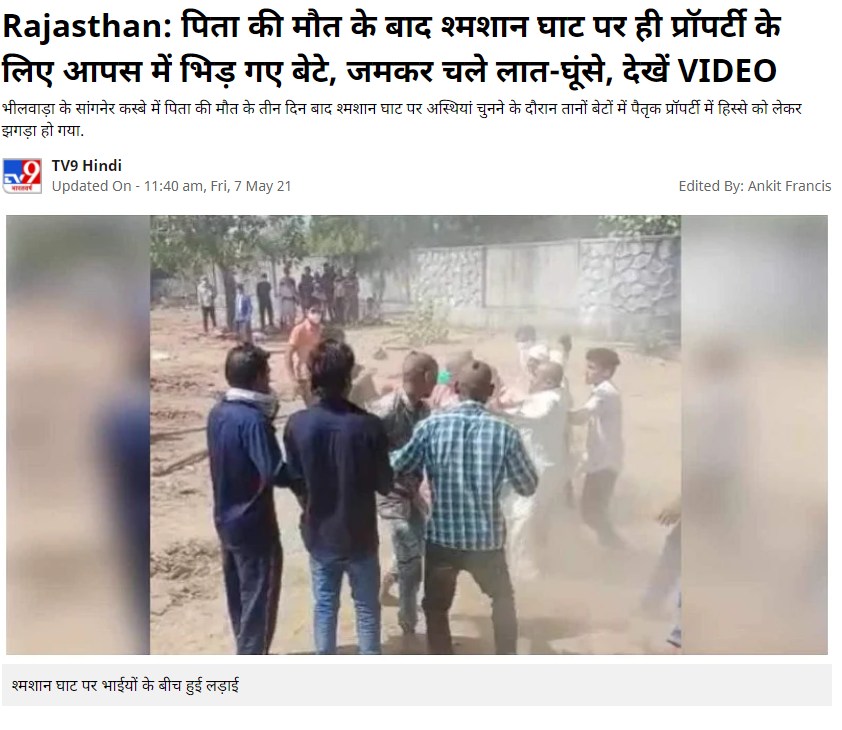 According to the news article, “Three days after the death of their father in Sanganer town of Bhilwara, while picking up the ashes at the cremation ground, there was a fight between three sons over their share in the ancestral property. The video of the fight went viral on social media.”

We also found the viral video uploaded on May 6 on the YouTube Channel of News18 Virals. The description of the video read, “After the death of their father, the sons made the crematorium a war zone over the property.” 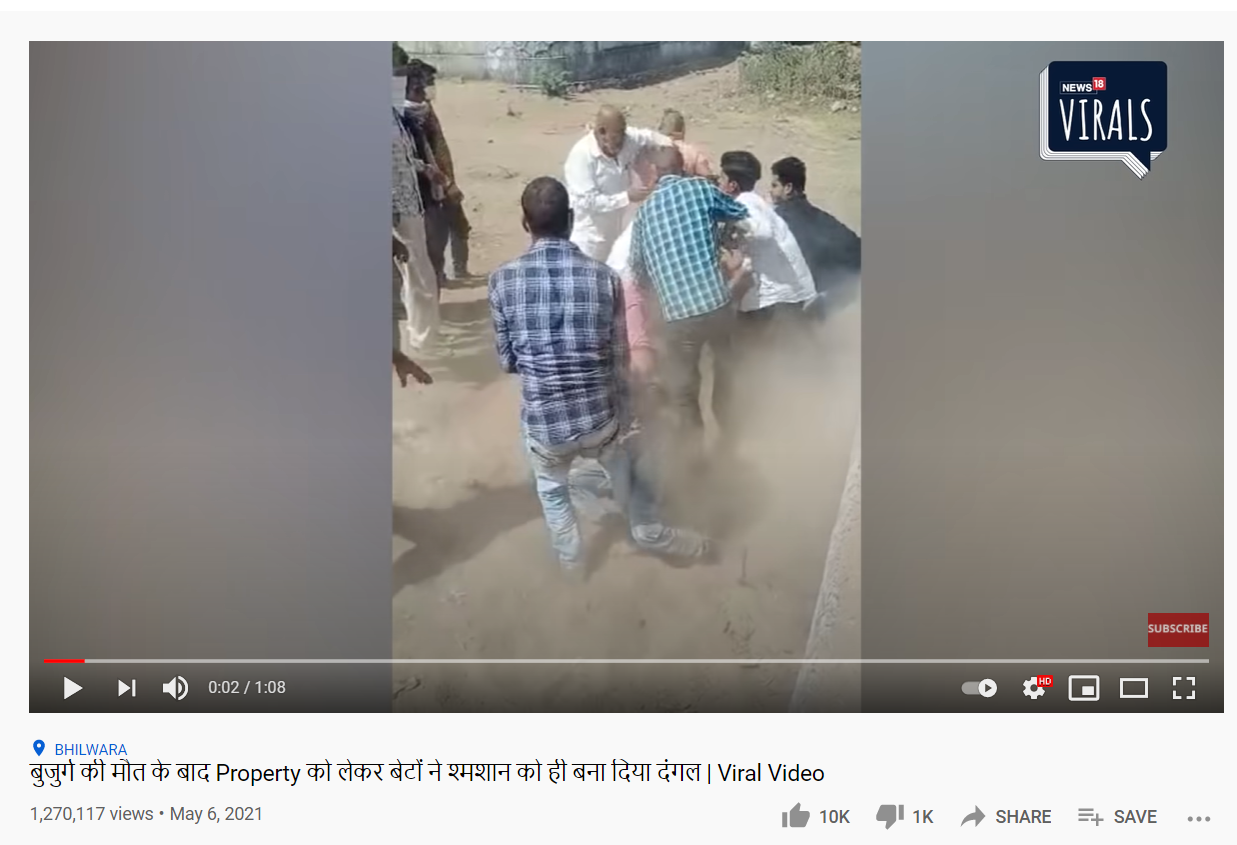 Searching further with relevant keywords, we found many news reports which claimed that the fight indeed erupted between three brothers over property after their father’s death.

Thus, it is evident from the above information that a video of a fight between three brothers at the cremation ground in Sanganer town of Bhilwara, Rajasthan, is being shared with a false claim.